Archive 81 Season 2: Fan Theories That Will Blow Your Mind! Releasing In 2022? 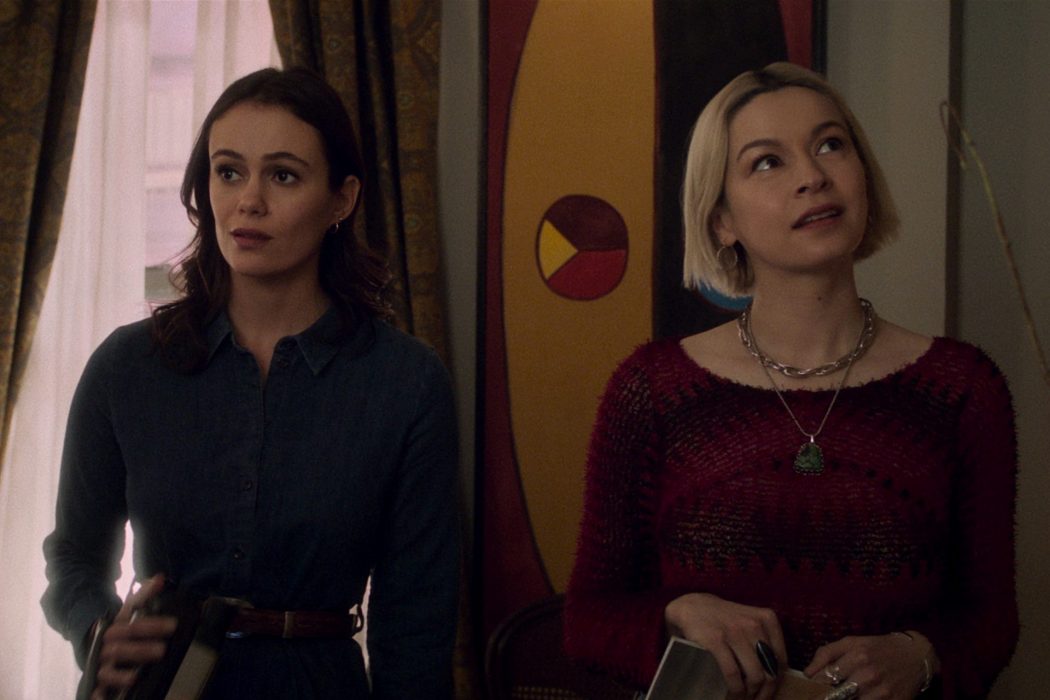 When it comes to the horror genre, there are fans who expect nothing but the best from James Wann. And he certainly did not disappoint his fans with the first season of his Netflix series titled Archive 81. Season one ended with a dire cliffhanger leaving fans on the edge of the seat waiting for Archive 81 Season 2. So let’s discuss some wild fan theories that may turn out true in the second season.

Does Dan Has Seer Abilities?

The plot and the ending of the first season of Netflix’s Supernatural drama series have left many unanswered questions. This has paved the way for a lot of fan fiction to go around on the internet, and many fans have been proposing several interesting fan theories. One of the most interesting fan theories out there was proposed by a Reddit user u/monolizer7. The theory swabs into the lore of the original Archive 81 podcast. The theory suggests there might be more to Dan’s character that we saw in the first season.

We know that Virgin chose Dan for the restoration due to his father’s involvement in the incident. However, what if this is not it. The reason behind it might be something more, something supernatural. According to this theory, Dan has a spiritual link to the events of the recordings, both through his father and Melody. This allows him to see Kaelego’s face trapped within the film. This concept fits very nicely with Archive 81’s existing messages. According to the series, video captures the malicious spirit of the recorded content. Every time Dan watches and restores Melody’s tapes, he ritualizes the Visser occurrences.

Throughout the first season, Virgil’s obsession with the burnt tapes and his motivation behind restoring them was in question. Shedding more light on the plot point, a Reddit user speculated contradictory to Virgil’s claims that Samuel was his young brother that Virgil and Samuel might actually be the same person in different timelines. The more attention we pay, the more reasons we find to back this theory up. The first clue is Samuel’s mugshot, which Melody discovers in Father Russo’s Alexander and Virgil dossiers.

In Samuel’s mugshot from Dade County, his name was Virgil Samuelson, an alias that must go beyond pure coincidence. The Redditor also believes that the Samuel we see in the Otherworld was not real but a mere illusion, much like Dan’s family was. We don’t know whether this will actually be the cast in Archive 81 Season 2. However, this theory surely has got all of us thinking.

Another mind-blowing yet plausible theory about Archive Season 2 includes Time Travel. The fans have dubbed it the “Loop of Salvation” theory. According to this theory, Dan had to restore the tapes to start a chain of events so that he could travel back in time. It further proposes It was none other than Dan who reported his father back in 1994 as an attempt to save him. However, this ultimately results in starting the very sequence of events that he was trying to prevent, creating a loop much like Netflix’s Dark.

During an interview, showrunner Rebecca Sonnenshine’s statement also provides some substance to this theory. She stated that Dan is now “in the real ’90s. So could it really happen that Dan is the person behind the fiasco, and he is unknowingly keeping the endless loop running? To find the answer, we all have to wait for Archive 81 Season 2.

When Is Archive 81 Season 2 Coming?

The first season of the Netflix supernatural horror drama series was released on January 14, 2022. Meanwhile, there has not been any official announcement yet about the series renewal for Archive 81 Season 2. It has been about two months since the first season’s premiere, and Netflix generally takes this much time to assess how a show has been doing. The show has been doing marvelously well. So, we expect it to get renewed soon.

Storywise, the first season of the series ended on a cliffhanger note, leaving a lot of room for the story to continue in Archive 81 Season 2. We know that the horror series has been adapted from the podcast of the same name. So, the chances of it coming back are on the more on, the brighter side. But till there is an official announcement, let us all be patient.