The Flight Attendant Season 2: It’s Officially A Wrap For The Second Season! Know What’s Next For Cassie 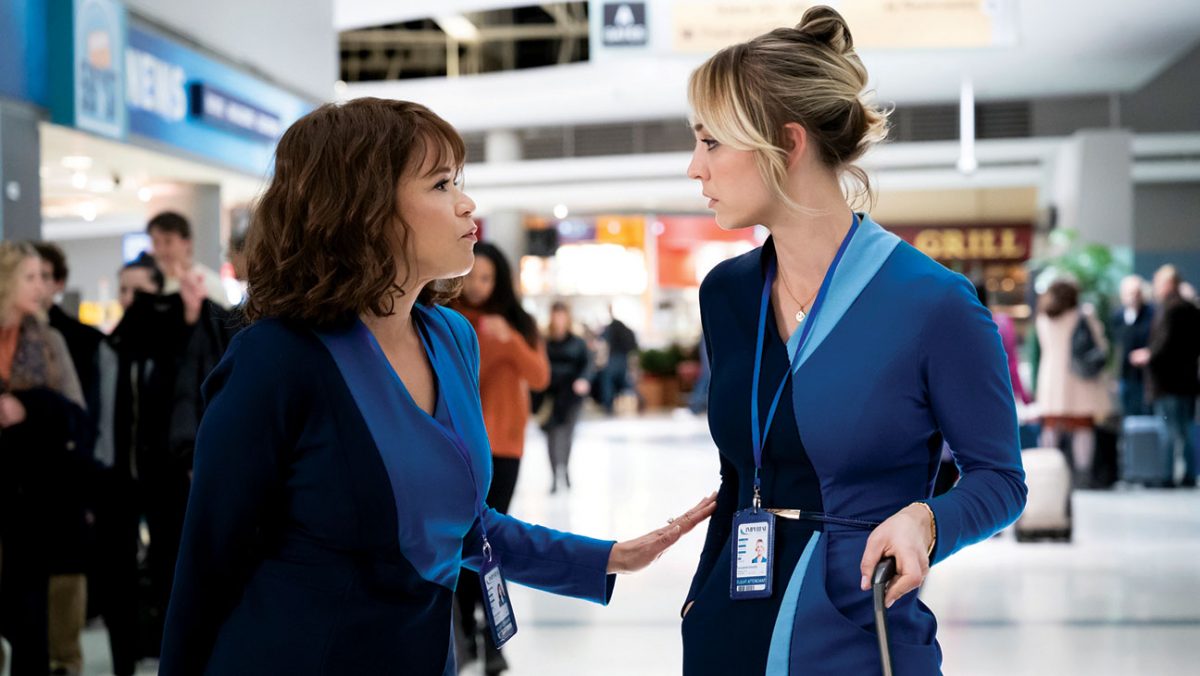 Fans have been eagerly waiting for The Flight Attendant Season 2 ever since the first season concluded in December 2020. Now, these fans will be delighted to know that the second season is moving closer to us. The production has been wrapped up. So let’s discuss what we know about the second season of HBO Max’s comedy murder mystery series created by Steve Yockey.

It is now official we are now one step closer to the second season of HBO Max’s comedy murder mystery series. The production for The Flight Attendant Season 2, which began in the latter half of 2021, has now been officially wrapped up. The news of the completion of filming of the season was confirmed by cast member Kaley Cuoco.

She took to her Instagram handle to share the news. Her post reads, “That’s an official wrap on season 2 @flightattendantonmax ✈️ 3 countries, 7 months, mega highs and lows, Covid etc! What a cast, what a crew, what a team!! There are no words to describe my gratitude 💫 can’t wait for you to see what we did!” Even though Kaley did not share any details about the plot of The Flight Attendant Season 2, given how excited she is for the season to release, we expect it to be even more interesting.

When Will The Flight Attendant Season 2 Release?

The first season of the Flight Attendant premiered on HBO Max on November 26, 2020, with the season finale airing on December 17, 2020. And we know that the series was renewed for a second season in December 2020. While announcing the renewal showrunners, Greg Berlanti and Sarah Schechter said, “We are thrilled that people have responded so positively to our beloved show, and in particular Kaley Cuoco’s incredible, tour de force performance.”

As we mentioned earlier, the second season’s production has already been completed. But there is no official announcement about the release date of The Flight Attendant Season 2. Although considering the time required for the post-production stage, we can expect the season to premiere around the second quarter of 2022.

What To Expect From The Flight Attendant Season 2?

In the finale of the first season, viewers got to know that Victor was killed by Miranda, who also stole Alexa’s Crime and Punishment. However, Buckley attacked her. Meanwhile, Cassie got her hand on a gun with the help of Italian friends and fired at Buckley. At the same time, Shane revealed that he, in fact, is a CIA tasked with keeping an eye on Megan.

Meanwhile, a page from Alex’s book that had her account codes was taken by Miranda and left the remaining book for Cassie. When Megan learned that she was embezzling state secrets from her husband’s company for the North Korean government, Megan decided to make amends.

Upon its return with The Flight Attendant Season 2, the show will continue the story after the events of the first season. We may see Cassie working for the CIA and pursuing Megan. On the other hand, there is a chance that Buckley breaking out of jail, given how tactically equipped he is. And if he does escape, he will be coming after Cassie. Meanwhile, Miranda may also try to negotiate with her organization using the money. The second season may also focus on Cassie and Davey’s relationship, which is finally moving forward. She might also get to see her nieces again in The Flight Attendant Season 2.