Home Entertainment Angela Black Season 2: Is The Show Coming Back For Another Season? What Are The Chances?
Entertainment News TV Shows

Angela Black Season 2: Is The Show Coming Back For Another Season? What Are The Chances? 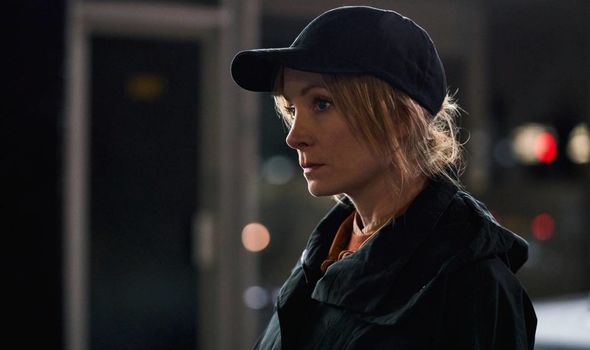 ITV’s crime thriller drama series Angela black is the story of a thirty-something woman who is regularly abused by her oppressive husband. The first season of the show ended with Angela sending her husband, Olivier, to prison. But fans are not done yet. They are still waiting for Angela Black Season 2 to know what’s next for Angela. So, let’s discuss what we know about the second season.

What To Expect From Angela Black Season 2?

The first season of Angela Black introduced the audience to the affluent family living a luxurious life. However, the truth is not what it seems. In fact, Angela’s husband, Olivier, abused her on a constant basis. Then, viewers saw the man assigning a contract killer named Theo Walters in hopes of making Angela’s life hell on earth. The hitman introduced himself, saying he was Ed. He also attempted to manipulate her to investigate her husband to get accused of intervening in his affairs.

Eventually, Angela somehow got Olivier arrested by the cops while Theo’s old enemies came to haunt him. If the series is commissioned for Angela Black Season 2, it might continue the story after the events of the first season finale, or there might be a time jump between two seasons. Angela Black Season 2 could also feature Olivier getting out of prison. And he would seek his revenge on Angela for getting him arrested. On the other hand, the next season may also bring a new enemy in Angela’s life.

The first season of the crime thriller series was released on Spectrum on February 7, 2022. And with regards to Angela Black Season 2, things are not looking very bright. ITV network has not yet made any announcement about a possible return of the series. On the other hand, before getting their hopes, high fans should be aware that Angela Black was originally planned as a six-part mini-series. Subsequently, the first season ended on a pretty satisfying note. So, storywise also, there is not much left to explore in Angela Black Season 2.

On top of that, when asked about the next season, cast member Joanne Froggat also stated that the show was intended to be a mini-series. And it has reached its conclusion. So, we’d like to inform the fans that the possibility for Angela Black Season 2 might not happen.

Spectrum’s thriller drama series Angela Black stars Joanne Froggatt in the leading titular role of Angela Black. On the other hand, her abusive husband, Olivier, is played by Michelle Hausman. Samuel Adwinmi appears as Ed Harrison, who is later revealed to be a hitman named Theo Walters. The series also features Clement Stokes as Sam Meyer, Seth Stokes as Max Meyer, Ashley McGuire playing Judy, and Pippa Nixon can be seen as PC Chappelhow. If the show is renewed for Angela Black Season 2, most of these cast members will return to their roles.

Is Angela Black A True Story?

The story of Angela Black is not based on a factual account. On the other hand, the script was written by Harry and Jack Williams, who drew inspiration from real-life abuse victims. To guarantee that the show could authentically reflect real-life tales of people who have been through violence and trauma, they listened to various people, including caregivers in shelters and consultants.

Joanne Froggatt stated that she felt responsible for sending the correct message to the world, particularly the victims. She did a lot of research on this with the support of an organization called Women’s Aid, which gave a lot of useful information.

According to co-creator Jack Williams, the series examines incidents that occur routinely within locked doors, but only a few people are aware of or have read about them. On the other hand, Harry intended to show both the victim and the abusers realistically. As a result, they needed to investigate both sides of the tale.