Servant Season 4: Will Dorothy Survive? What Did The Creator Say? 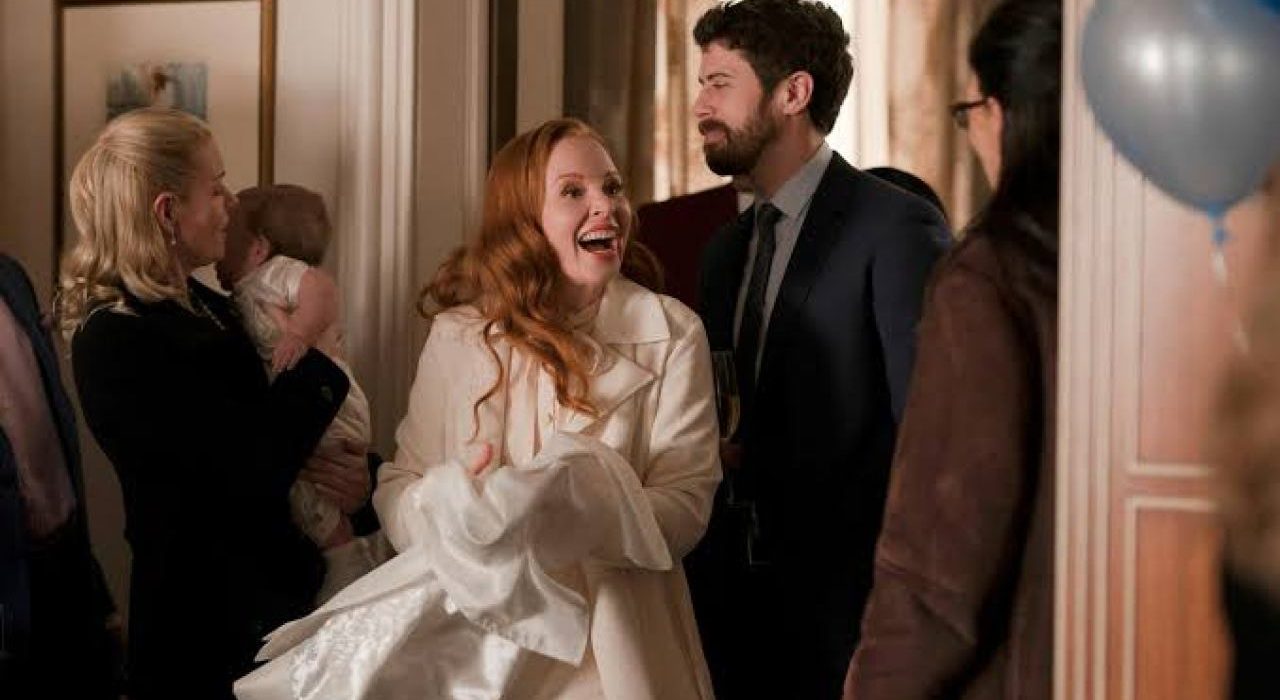 Apple Tv’s gritty horror-thriller series Servant, created by M. Night Shyamalan, is one of the most intriguing ongoing shows around. With each season, the mystery and tension keep getting dense. At the end of the third season finale, fans were stunned when Dorothy fell from the staircase. Concerned about her fate, fans are waiting for Servant Season 4 to reveal what’s next.

At the start of the third season, things seemed a little calm in the Turner family. However, Leanne is back in the turner house. Suspicion grows quickly, and Dorothy happens to come across Leanne’s dramatic diary. At the same time, Dorothy’s co-worker Isabelle got suspicious about Jericho.

However, Leanne took care of it contains the situation. While chasing a story about a gunfight, Isabelle died after Dorothy had a nervous breakdown. Dorothy’s paranoia keeps increasing. As a result, she tries to get away from the house at the end of the season with Jericho. However, she fell from the staircase and got injured.

Upon its return, Servant Season 4 will pick up after the cliffhanger ending of the third season. The most important question that season 4 has to answer is whether Dorothy survived the accident at the end of season three. Even if she survives the fall, she might be on the bed for a while in the fourth season. Therefore, We expect Leanne to ve defacto in charge of the household in Servant Season 4.

Meanwhile, Sean and Julian may eventually uncover Aunt Josephine’s body in the upcoming season. On the other hand,  The new tenants of the house next door may be affiliated with the Church of the Lesser Saints. So it’ll be fascinating to see how they affect the plot in the future.

When Is Servant Season 4 Coming?

The third season of Apple TV+’s horror drama series Servant premiered on January 21, 2022, with the season coming to an end on March 25, 2022. As you know, it has been only a few hours since the premiere of the third season finale. Thus, it is very early to say anything about Servant Season 4.

However, up until this point, the series has been doing really well in terms of viewership and critical response. During an interview in January 2022, creator M. Shyamalan said, “It’s a little combination of my company taking the risk in advance and working with the writers for the seasons ahead and paying for that before we know that we’re okay.”

In addition, he also went on to say, “I think it’s 40 episodes, that’s how it’s played out for me, would you just greenlight that now so we can all be done with this and really do it in the healthiest way possible so I can get the best cinematographers, the best editors, the best directors, everybody I can get who we need to.” Hence, based on what Shyamalan, we are assured that Apple Tv will very soon renew Servant Season 4. So sit tight and have patience.

Surprisingly, despite being one of the series’ most divisive and perplexing characters, it’s tough not to enjoy Leanne. She seems to try to do the ideal thing, but she is torn between her cult ideals and what she genuinely believes she should do. Leanne could very well be one of Shyamalan’s most beautifully-written characters.

She is impressionable, disoriented, and scarred as a result of her traumatic upbringing. Regardless of how many times Leanne has messed up, she always steps up when she is required. For example, when she rescued Julian’s life, tried to save Sean and Dorothy, and even brought “Jericho” back in the end. All she truly desired was to be a real family member and meet people who cared about her.