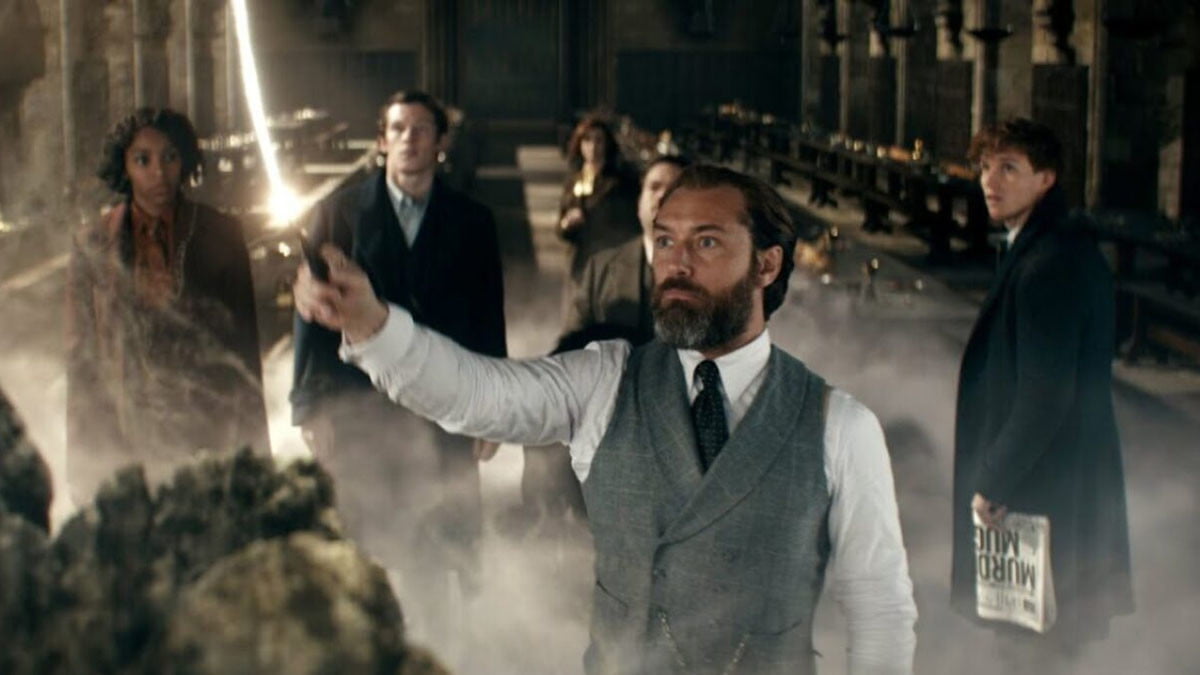 The last movie of the Harry Potter franchise was released in 2011. Since then, the admirers of the ‘Wizarding World’ have been waiting for something equally as grand as Harry Potter. Fantastic Beasts’ first two films in the spinoff franchise have not been up to the mark. However, the early reviews of Fantastic Beasts The Secrets Of Dumbledore are surprisingly positive. Let us check out what the third movie has in for us-

The third part of the Harry Potter Spinoff franchise titled Fantastic Beasts: The Secrets of Dumbledore is set to release in theatres on April 8, 2022. Meanwhile, on March 29, the film was premiered at a special screening for critics in London. And from what we know so far, it seems like that franchise has managed to right its wrongs.

After the disappointing second part, ‘The Crimes of Grindelwald‘, the expectations were not very high for the third film. However, the movie has received exceedingly favorable reviews from the critics present at the screening. Most of the critics agreed that the upcoming Fantastic Beasts 3 is better than the last part.

Digital Spy’s Ian Sandwell wrote on his Twitter, “FantasticBeastsTheSecretsOfDumbledore is an improvement on the sequel, even if it only fleetingly recaptures the magic. Mads Mikkelsen is a huge upgrade, but the MVP is Jessica Williams’s Lally. It’s just overstuffed and unsure if it’s a Beasts film or a Harry Potter film.”

Perri Nemiroff from Collider Tweeted, Secrets Of Dumbledore is a big bounce back for the #FantasticBeasts series for me! Back to enjoying the group dynamic & caring about the main mission. A Lil thin here & there but a FAR more engaging ride than the last. Dan Fogler continues to be a favorite. And the Niffler.

Longest Movie Of The Franchise Yet!

Is Professor McGonagall Alive At The Time Of Fantastic Beasts 3?

It makes her a lot older than what was previously thought to be canon. The movie will explain whether this was just a plot hole or whether there was a reason behind it. Also, by the end of the Fantastic Beasts series, Minerva is still alive. But how old would she have been at the time? It is, however, impossible to tell for sure.

Fantastic Beasts 3: What’s Next For Newt?

The official synopsis of the upcoming Fantastic Beasts movie is already out. As per the synopsis, the film will follow Hogwarts Headmaster, Professor Albus Dumbledore, trying to stop his former friend and dark wizard Gellert Grindelwald from taking control of the wizarding world.

However, because of the blood pact between the two, he can’t fight Grindlewald alone. Therefore, he will seek help from his trusted magizoologist Newt Scamander and a valiant group of wizards and witches. As they battle Grindelwald’s growing horde of followers, they confront a variety of ancient and new animals.