Home Entertainment The Neighborhood Season 4 Episode 18: Finale Delayed! A Huge Fight And Its Aftermath In “Welcome To The Feud”
Entertainment News

The Neighborhood Season 4 Episode 18: Finale Delayed! A Huge Fight And Its Aftermath In “Welcome To The Feud” 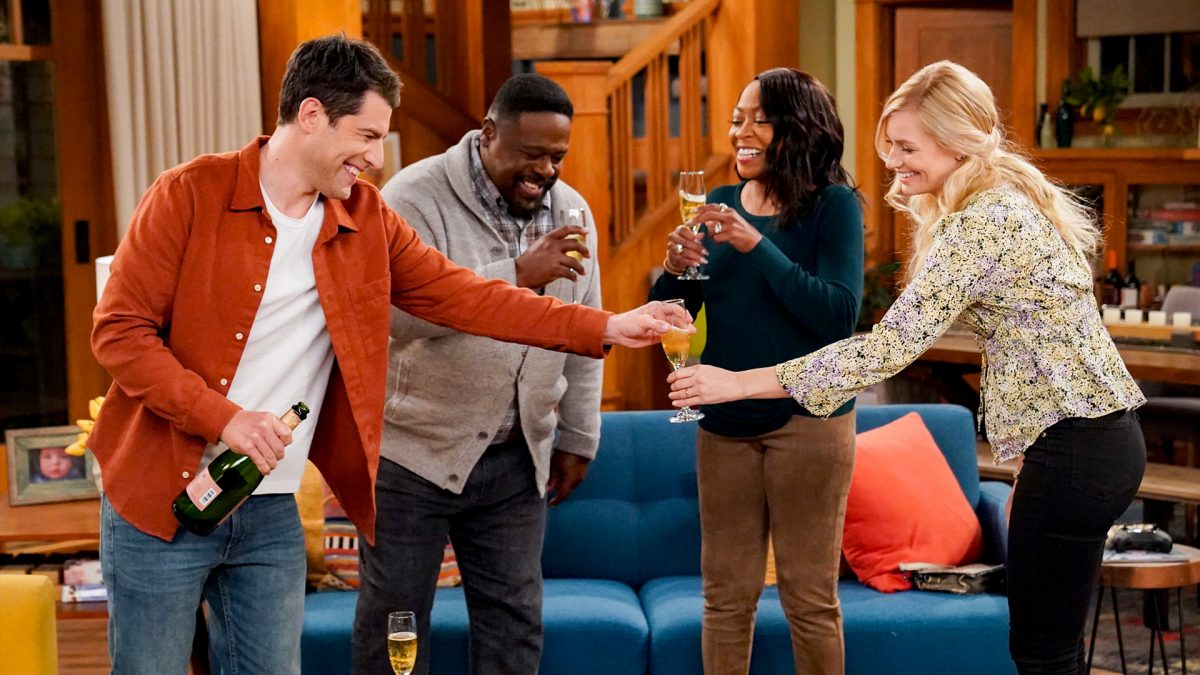 It looks like The Neighborhood Season 4 Episode 18 won’t return this week. It will even take a couple of weeks to drop its finale episode. However, the episode will bring a larger life experience for both Dave and Calvin, who thinks he can handle anything after dealing with his stubborn younger brother. But he might be wrong as the situation will take a drastic turn. Will he be able to deal with it? Further, something darker is waiting for them. Keep reading to know more.

The Neighborhood Season 4 Episode 18 Preview: What Will Happen Next?

The Neighborhood Season 4 Episode 18, titled “Welcome To The Feud,” is written by Malik S. and Sa’Rah L. Jones, while James Widdoes directed it. In the upcoming episode, things will be a little messy. Dave’s job requires him to resolve a conflict between two wealthy brothers. But it won’t be as simple as he thought. So, Calvin thinks he can handle the situation well after dealing with his brother. But it will end up creating complications between the brothers.

Instead of making things easier for him, Calvin will make things more difficult for Dave. But both will find a way to resolve the matter before it goes out of their hand. Meanwhile, Gemma will seek Trina’s help. They will together try to navigate Grover’s first crush. However, things will turn messier. Instead of dealing with it silently, they will make the situation a little troublesome for Grover, especially his crush.

In the upcoming episode, both Dave and Calvin deal with two wealthy brothers. However, things will turn horrible when Calvin tries to become a peacemaker between them. Meanwhile, Gemma and Trina team up to help Grover assist with Grover’s first crush. But instead of making things smoother for Grover, both will create a mess. So, in the end, they will discuss the incidents that happened with them in the daytime and how things turned after.

Bittersweet news for the series fans. The Neighborhood has already been renewed for the fifth season, while it’s yet to wrap up airing the fourth season. Meanwhile, Deadline reported that the series showrunner Meg DeLoatch would take an exit from the show as the showrunner. However, no need to fret as the show’s production has already finished. However, it’s the second time the show’s showrunner has changed.

The Neighborhood Season 4 Episode 18, titled “Welcome To Bro Money, Bro Problems,” was directed by Victor Gonzalez, while Meg DeLoatch wrote it. In the previous episode, Traci Morgan made his appearance as Calvin’s younger brother Curtis. The series fans know Calvin resents his relationship with his younger brother after he won the lottery. And since then, his mom started favoring her younger son more. In the previous episode, Curtis visits Calvin’s place and creates problems for him.

He spent his money on not-so-important things. He hands his money to everyone around him. In fact, he buys an expensive bag for Trina that Calvin was planning to buy for his wife for their anniversary. So, furious Calvin decided to teach his brother a lesson, including teaching him that money can’t buy respect. Meanwhile, Gemma and Dave face trouble cleaning their house and can’t find out what to throw away. But Dave comes up with a plan to surprise Gemma.

The Neighborhood Season 4 Episode 18, titled “Welcome To The Feud,” won’t return this week. In fact, the show won’t return the week after. The Neighborhood is currently on break, and it will take more time to return with the finale episode. The finale will air on Monday, April 18, 2022, at 8 pm ET/PT only on CBS Television Network. The show could return on-demand on Parmount+, Amazon Prime, Vudu, and Microsoft. You can also live-stream The Neighborhood on DirecTV, Sling TV, Fubo TV, Spectrum, and Xfinity. Stay tuned to know more.