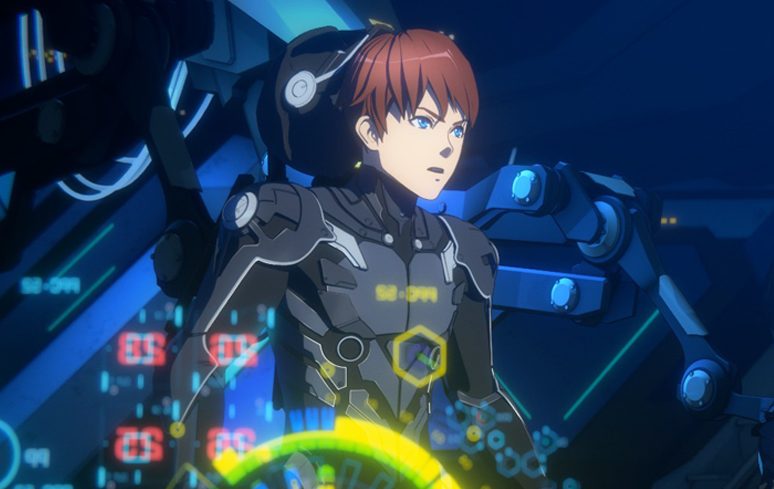 Netflix’s Pacific Rim: The Black, developed by Greg Johnson and Craig Kyle, is a Sci-Fi anime that further explores the world of Guillermo del Toro’s 2013 Pacific Rim movie. The anime follows siblings Hayley and Taylor Travis, who lost their Jaeger pilot parents in childhood, and remarkable Boy they meet with mysterious powers. No doubt, fans have been waiting for the Pacific Rim: The Black Season 2 ever since the first season premiered last year. And now, they have a date to look forward to.

What To Expect From Pacific Rim: The Black Season 2?

At the end of the first season of the anime, Travis’s siblings and Boy run into Mei in Clayton City. In the city, they found Hunter Vertigo, the Jaeger of their parents. There was no sign of Ford or Brina. But, they found a message inside Hunter’s cockpit. The message was for anybody who came there asking them to tell their children that they did whatever they could.

Meanwhile, The Copperhead kaiju, who was pursuing the siblings, showed up there. It was prodding the kid to change into a kaiju himself. Eventually, Taylor and Mei fought the Kaiju by piloting Atlas. And it was finally killed by Hayley by using the remaining Hunter’s nuclear weapons.

When the series returns with Pacific Rim: The Black Season 2, it will continue the story after the events of the first season. One of the most pressing questions after the end of the first season is the actual origin of the kaiju boy. According to Hayley and Taylor, he could very likely be the brainchild of the Precursors, an alien race. The first season of Pacific Rim: The Black ended with a mysterious hooded woman proclaiming the youngster to be the Kaiju Messiah.

Meanwhile, the second season could also focus on the cult that considers Boy the Messiah. Pacific Rim: The Black Season 2 might also explain why Loa had a technological collapse while analyzing the Jaeger Horizon Bravo data. For the time being, Hayley and Taylor appear to have found a true buddy in their kaiju pal. Albeit, it is uncertain if he would rebel against his makers or turn against those who saved him.

When is Pacific Rim: The Black Season 2 Coming?

The entire first season of the Sci-Fi anime debuted on the streaming giant Netflix on March 4, 2021. On the other hand, there was never a doubt as the first two seasons of the series were confirmed together. During an event, Elie Dekel, Executive Vice President of Brand Development at Legendary Entertainment, confirmed the two-season show in 2019. So, it was sure that the anime will return with Pacific Rim: The Black Season 2.

As per some reports, the second season was already in the works by the time season one debuted on Netflix. The official release date for Pacific Rim: The Black Season 2 was revealed from a Tweet on March 30. The second season of the anime is set to premiere on Netflix on April 19, 2022.

The link between The Films And The Series!

Different types of Kaiju attempted to seize control of the globe in both Pacific Rim films. They were assaulting wherever they could, overwhelming the Pan Pacific Defense Corps’ jaeger pilots. Jaeger flyers eventually eliminated the kaiju danger in the movies despite the odds. On the other hand, the Kaiju managed to take over at least one portion of the world in this Netflix series. The onslaught on Australia ultimately overburdens the army. This caused them to withdraw everybody and impose a blackout throughout the whole region.