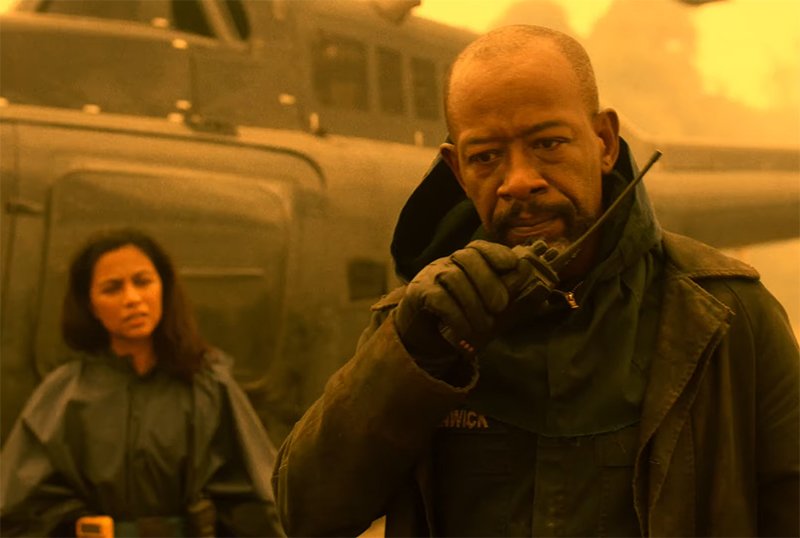 AMC’s post-apocalyptic zombie series The Walking Dead might be coming to an end with season 11. However, the spinoff, Fear The Walking Dead, is going on strong against the zombies. The first set of episodes of the seventh season ended in December 2021. And it has left fans in shock after Madison Clark was seemingly killed off. Since then, fans have been on the edge of their seats waiting for Fear The Walking Dead, Season 7 Part 2 to know what’s next for Madison. If you want to know the same, keep reading-

According to a Redditor, Morgan is bitten, turns, and is shot right before he bites Alicia. This could be followed by Charlie getting shot and hearing some statements from the unidentified shooter in Fear The Walking Dead Season 7 Part 2. Madison is revealed to be the hooded shooter.

Then there is Austin Amelio as Dwight and Zoe Colletti in the role of Dakota. When the series returns with Fear The Walking Dead Season 7 Part 2, most of these prominent cast members are expected to return. And according to reports, Kim Dickens as Madison Clark, who appeared to be dead in the previous part, will also return in her role. On the other hand, the second part of the seventh season might also bring some new characters to the series.

The Smartest Character On The Show!

Victor may be a scam artist, yet everything Victor accomplished in his life required a lot of brains. He lived a lavish life while deceiving and duping others. And he continued to discover methods to withstand the armageddon by allying himself with the appropriate factions. Victor also had a contingency plan in place. Such as keeping a car stocked with resources in case he ever needed to escape his neighborhood.

Although being caught in perilous situations on several occasions, Victor always manages to extricate himself out of them, owing to his pragmatic rather than emotional decision-making. Victor thinks many steps ahead of the game and routinely outsmarts his opponents.

The first part of Fear The Walking Dead Season 7debuted on AMC on October 17, 2021. And ended with the eighth episode on December 5, 2021. The show has been on a mid-season break after the premiere of the eighth episode. And fans have been waiting for the show to return with the second part of the seventh season.

The good news for the fans is that their long wait is almost coming to an end. Fear The Walking Dead Season 7 Part 2 will return to AMC on April 17, 2022. Here’s a glimpse at the official synopsis of the upcoming part “In the second half of Season 7, months have passed after the nuclear blast. And the only one thriving is Victor Strand. Having built a fiefdom, he callously selects who will have a chance at life.