Home Entertainment Solar Opposites Season 3: When Is The Series Returning? Is There Any Connection Between Solars & Pupa?
Entertainment News TV Shows

Solar Opposites Season 3: When Is The Series Returning? Is There Any Connection Between Solars & Pupa? 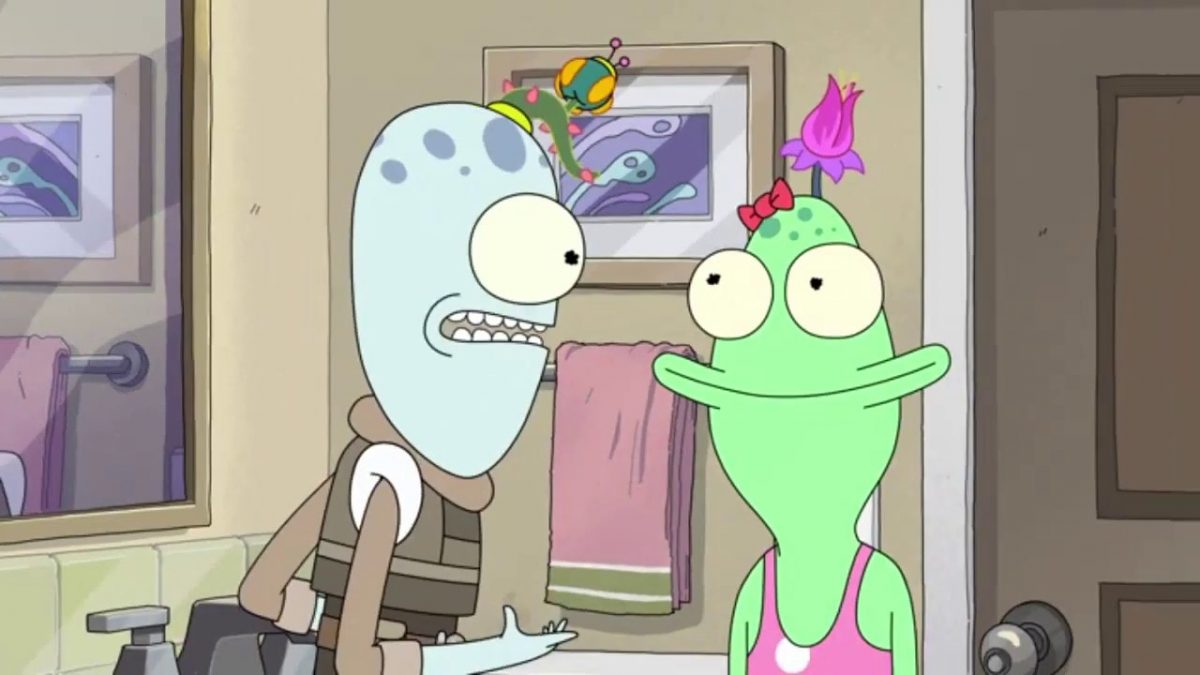 Solar Opposites is an adult animated comedy-drama series that debuted on Hulu in 2020. The animated series is created by Rick And Morty creators Justin Roiland and Mike McMahan. In the last season of the series we saw, Pupa discovered that Earth would ultimately terraform into a Shlorp homeland. And as Solar Opposites Season 3 has already been confirmed by Hulu, fans are eagerly waiting to find what it has in store for us.

What Will Happen In Solar Opposites Season 3?

At the end of the second season, viewers learn the sad fate of the titular Solar Opposites. Although they were not very happy after coming to a remote, feeble planet, they became intrigued with the civilization on Earth. The Pupa found out that Earth would eventually transform into a Shlorp homeland in the season finale.

When Is Solar Opposites Season 3 Coming?

The second season of the adult animated series will be released on Hulu on March 26, 2021. Meanwhile, a holiday special episode titled ‘A Very Solar Holiday Opposites Special’ premiered on the streaming service on November 22, 2021. Now, talk ing about the show’s future, we have truely delightful news for the fans.

Even before the second season’s premiere, Solar Opposites, Season 3 was greenlit by Hulu on June 18, 2020. However, this is not it, as the show has also been renewed for a fourth season in advance as well. The announcement about the fourth installment came on June 22, 2021, nearly a year after the third season’s confirmation.

Next, in March 2021, Mike McMahan revealed that the third season w as in the animation stage. He said, “We’re launching animatics. We’re kind of at all the phases at once right now across the season, basically. So the team is still in the thick of it.” Although we don’t have a confirmed release date for season 3, looking at the release schedule of the first two seasons, we can assume that Solar opposites Season 3 might drop around the summer of 2022.

Terry And Korvo Are A Couple!

While some fans may believe Terry and Korvo are BFFs, siblings, or team leaders, this is not the case. The creators have stated that Terry and Korvo are more like a couple. Without being strictly housemates, the designers intended to give their dynamic more room to flourish.

This is confirmed multiple times in Seasons 1 and 2, such as when Terry volunteers to help Korvo de-stress. Also, when Korvo recalls him of their college days, when Terry would welcome companions into “their bed” and didn’t seem to mind. Terry is furious with Korvo in Season 2 when he cheats on him and after a near-death experience. In a Whole Foods Market, they share a kiss.

Halk Has A History of Solving Crimes!

Yumyulack’s human ant farm before being shrunk and placed there. Bones described Halk as an “executive story editor,” which seems to make him the ideal guy to lead the investigation into the murders of several inmates of The Wall in Season 2.

Halk is ideal since his voice actor; Sterling K. Brown, has previously played an investigator or police detective. He also appeared in a number of crime-solving series as a guest star. In-Person of Interest, he played Detective Cal Beecher, and in Third Watch, he played Officer Dade. NCIS, Without A Trace, Castle, Criminal Minds, and a slew of other shows have included her.