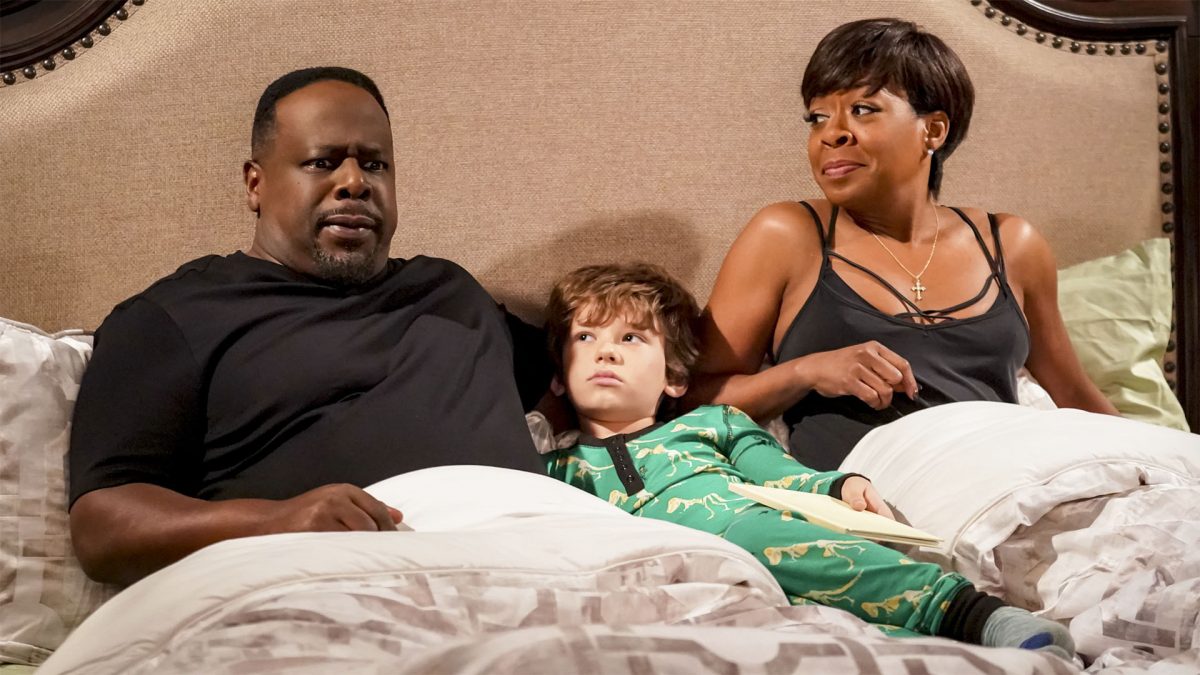 Finally, after a long wait, The Neighborhood Season 4 Episode 18 will return soon on your screens. Well, a lot has happened in the last episode where Clavin’s brother shows up. But the last episode’s drama will help Calvin deal with the wealthy brothers’ drama and help Dave secure his job. Meanwhile, things won’t be in Grover’s favor, especially when Trina and Gemma interfere in Grover’s life. Will things resolve between them? Keep reading to know more.

The Neighborhood Season 4 Episode 18, entitled “Welcome To The Feud,” James Widdoes directed it, while Sa’Rah L. Jones and Malik S. wrote it. Well, it seems like things won’t be in Dave’s favor in the upcoming episode. Dave’s demanding job required him to settle down a conflict between two wealthy brothers. Although he thinks it would be quite easy, it won’t be as simple as it looks. But Calvin will offer a helping hand. This is because he recently dealt with his wealthy brother.

So Calvin thinks he knows pretty well how things turn complicated between brothers and might come up with a better solution. But instead of turning things in Dave’s favor, Calvin will make everything more challenging for Dave. But both will somehow resolve the matter before things get out of their hand. Meanwhile, Gemma and Trina will join forces. They will try to navigate Grover’s first crush. But instead of making things smoother, they will end up turning things messier for Grover.

The previous episode of The Neighborhood Season 4, titled “Welcome To Bro Money, Bro Problems,” was written by Meg DeLoatch, while Victor Gonzalez directed it. Traci Morgan guest-starred as Calvin’s younger brother Curtis in the previous episode. The Neighborhood fans know he has a rough relationship with his brother after he won the lottery. This is because his mom started caring about her younger son. However, when Curtis visits Calvin, he creates more problems there.

He spent his money on useless things. He gives his money to people around him. Above all, he buys an expensive bag for Trina, which Calvin wanted to gift his wife for an anniversary. So, Calvin decided to teach his wealthy brother a lesson, including how to respect others without showing off his money. Meanwhile, Gemma and Dave were busy with cleaning work and decided what to keep with them and what to throw away. So Dave shares a plan which surprises Gemma.

Finally, after a long wait, The Neighborhood Season 4 Episode 18, titled “Welcome To The Feud,” will air on CBS on Monday, April 18, 2022, at 8 pm ET/PT. Meanwhile, the all-new episodes will air every Monday night. You can catch it on-demand on Amazon Prime, Paramount+, Microsoft, and Vudu. Fans can also live-stream it on Sling TV, DirecTV, Spectrum, and Fubo TV. Stay tuned. TechRadar247 will keep you updated.