Home Entertainment Toy Story 5: Some OF The Darkest Fan Theories That Can Feature In Next Movie!
Entertainment News TV Shows

Toy Story 5: Some OF The Darkest Fan Theories That Can Feature In Next Movie! 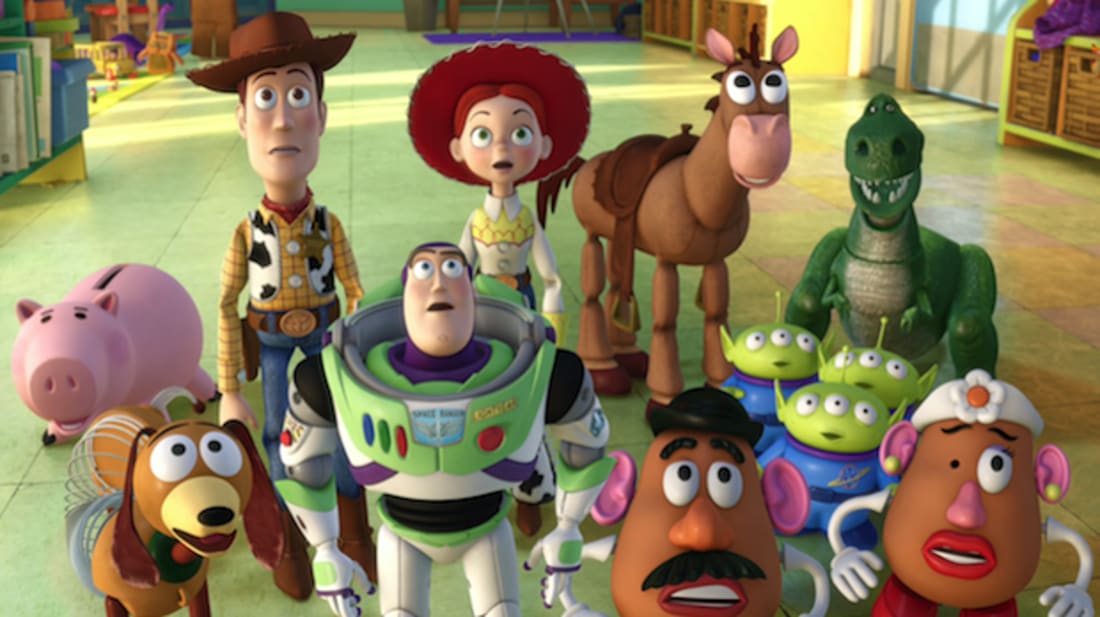 Pixar has been our regular supplier of joy for over two decades. The studio has brought several movies that have attracted audiences of all ages. And The Toy Story franchise is one of the most popular ventures of the studio. The third part of the movie, which took over a decade to release after the second film, was believed by many people to be the last film. However, Pixar studio surprised fans in 2019 with the fourth part. And since then, fans have been excited will there be Toy Story 5. So, let’s discuss what we know about it.

Will There Be Toy Story 5?

The fourth part of the Toy Story franchise released on June 21, 2019. In the movie, fans saw Woody trying to help Forky, who was having an existential crisis. Woody tries to make Forky realize how important he is in its owner, Bonnie’s life. Now, as far as Toy Story 5 is concerned, there has been no official confirmation about the fifth movie from Pixar Studios. We know that the studio is currently working on “Turning Red” and “Lightyear”, both of which are scheduled to release in 2022.

Given the immense popularity of the Toy Story franchise, there is a chance that Pixar will look in the direction of making the fifth film. However, Toy Story 2, 3, and 4 were separated by over two decades. Thus, even if there are plans for Toy Story 5, fans should now expect the movie anytime soon. Meanwhile, there are some interesting fan theories about the film below, which we hope you enjoy.

Sid’s Dad Is An Alcoholic!

Of course, there are some gloomy interpretations of Toy Story. Among the dark hypotheses is one involving Sid’s father. Reddit user chili powder hypothesized that Sid’s father was an abusive drinker from the first film.

Both Sid and the family dog appear to be afraid of the father, which is evidence of this. Sid’s father is also shown sleeping with beer cans on the floor in the few scenes viewers see of him. Sid’s violent behavior with his toys could be explained in part by this.

Jessie Once Belonged To Andy’s Mom

Jessie, the cowgirl, makes an appearance in the second film. Emily, her owner, was indifferent to her. Some Reddit users have speculated that Emily is Andy’s mother. What viewers perceive of Emily was used as evidence to support this argument. Many fans have noted that she has a similar appearance to Andy and even wears a hat similar to his. If Emily is Andy’s mother, it’s possible that it’s the same hat. The dismal thought that Emily doesn’t remember Jessie and Jessie doesn’t recognize her grown-up owner goes hand in hand with this argument.

The Toys Are Immortal

Another popular Toy Story theory going around these days is the one that defines the beginning and end of a toy’s life. Few fans on Reddit speculate that toys can’t die unless they’re smashed or burnt. Sid’s toys from the first film are the most compelling piece of evidence. He unintentionally tortures them by ripping them apart and reassembling them with new pieces. They are still sentient, despite this. Another ally is Mr. Potato Head, who can still feel his bodily parts even when they are separated from him.

Another notion concerning Andy’s father is that he was Woody’s former owner. Another reason for Woody’s popularity can be found in this theory. Woody’s approach toward Andy resembles a father figure since he wishes to protect and please him. This could be due to Woody’s knowledge of what his prior owner would have preferred. Since Andy offers Woody to Bonnie, this provides an extra emotional layer to the third film.

Also Read When Is Coco 2 Coming? Find Out Here!