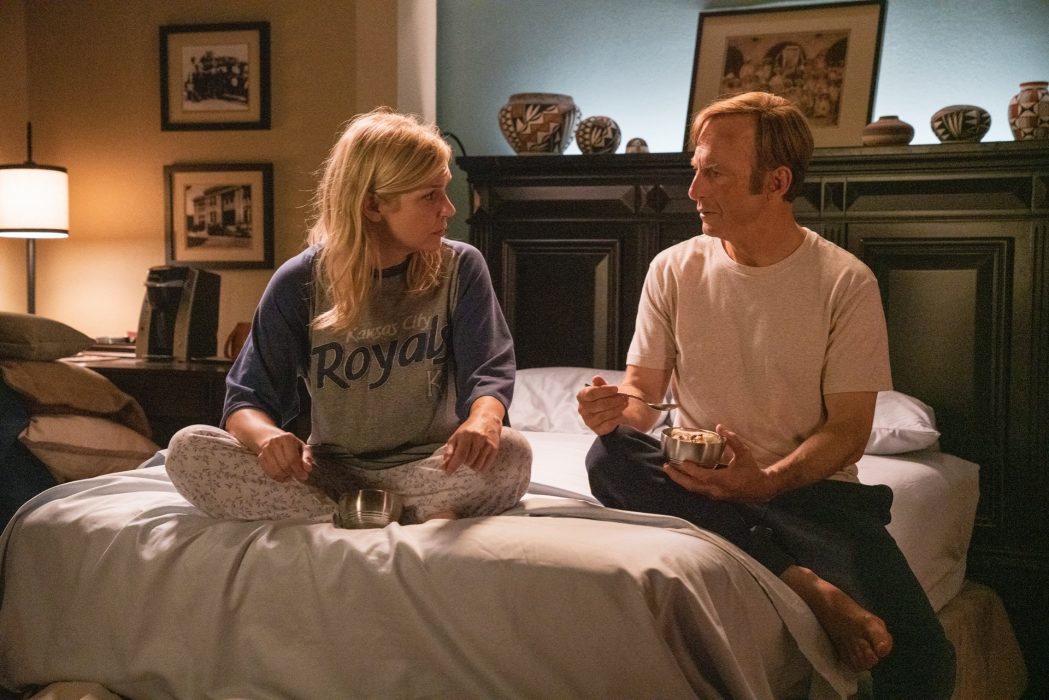 Jimmy was helping Kim look for a new office after the owner of the beauty salon kicked her out in the previous episode of Better Call Saul’s sixth season. Meanwhile, fans are eager for the intense cat fight and mouse chase between Lalo and Gus in Better Call Saul Season 6 Episode 5. So, let us discuss what will happen next-

Saul Goodman eventually got a beautiful office thanks to the events of the previous episode. Saul has clearly found his position in the criminal world, and things are only going to get worse from here. Now, the next episode of the final season is titled “Black and Blue” and is directed by Melissa Bernstein.

AMC has also dropped a sneak peek for the next season. In the teaser, viewers see Jimmy putting his head out the door of his office and announcing, “Open for business”. In the clip, Mike tells Gus Fring “I could put more guys on the place if that’s what you’re thinking.”

The official synopsis of the episode is here, and it states, “While business booms for Jimmy, the vise tightens on the cat-and-mouse game between Gus and Lalo.” Better Call Saul Season 6 Episode 5 will focus on Gus & Lalo. We will see how Saul tackles becoming a big-shot lawyer in the criminal world.

The fourth episode of Better Call Saul Season 6 was titled “Hit and Run.” Gus was seen getting prepared and traveling through a secret path, passing the folks seen at the start of the episode. He saw Mike and informed him that a green Ford van has been trailing him. But Mike assured him that the truck belong to a plumber and that he had nothing to worry about. Mike was concerned that Lalo has passed away. But Gus told him that this is not the case.

After the beauty salon owner threw him out, Jimmy showed Kim his new possible workspace. On the other hand, he hid things and told her that he had a terrific day with clients flinging cash retainers at him. Kim discussed her thoughts about the workplace. Is Saul’s new office the start of a new chapter for him? Hopefully, we’ll get some answers in the upcoming episode.

When And Where To Watch Better Call Saul Season 6 Episode 5?

But don’t worry if you miss the telecast on the Television. The episode will also be available on AMC’s newly launched streaming service called AMC+. Meanwhile, the previous five seasons of the show are also accessible on Netflix. And soon, the sixth season will also make its way on the streaming giant.