Chicago Med Season 7 Episode 20: Scott Helping The Daughter Of A Mafia “End of the Day; Anything Can Happen”! 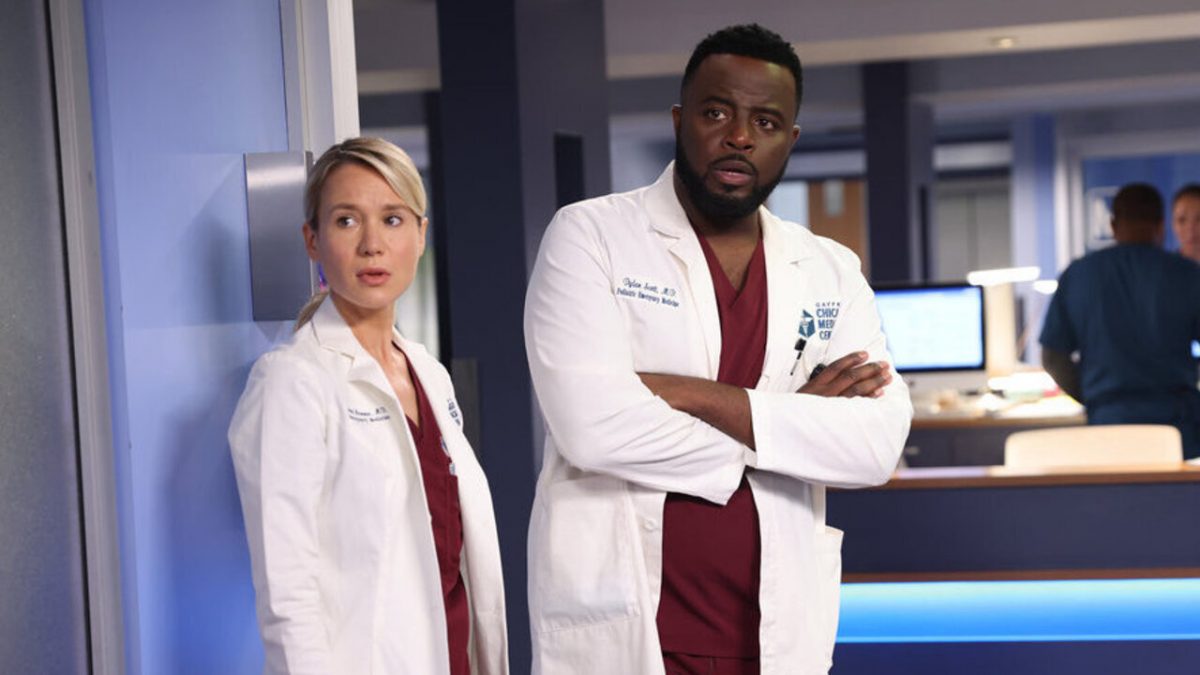 In the past episode of Chicago Med Season 7, Scott, who thought he could handle his and Milena’s relationship, failed to do so. And the couple parted their ways. Meanwhile, the upcoming Chicago Med Season 7 Episode 20 will see Choi having to deal with a piece of unexpected news about her dad.

What To Expect From Chicago Med Season 7 Episode 20?

The upcoming episode on Chicago Med is titled ‘End of the Day; Anything Can Happen’. While fans wait for the next episode, the promo for Chicago Season 7 Episode 20. The teaser shows a distraught grandmother seeking aid at the hospital with her ailing grandchild. Dr. Crockett Marcel is also seen discussing the child’s treatment options, which may include a liver transplant. Several people and medical cases will undoubtedly be included in this episode.

On the other hand, the synopsis for the episode is here. It says Scott helps the daughter of a mob boss; a grandmother comes to Med desperate to save her grandson. Also, Choi struggles with some shocking news about his father. Halstead and Taylor care for Maggie’s high school classmate.

The previous seventeenth episode of Chicago Med Season 7 was titled Like a Phoenix Rising From the Ashes. In The episode we saw, Scott claims that he can handle the relationship between him and Milena. But his actions could match his words. He found himself continuously checking his surroundings for possible threats, and he had become more anxious than the actual cop. Scott was wide awake. He was constantly worried. His relationship with Milena and his dread of her was pushing him to the limit.

Meanwhile, doctors came across a man who urgently needed help at the hospital. His name was Luis Pena, and he was a protestor. He passed out in front of the mayor’s house while opposing the mayor’s decision to relocate a chemical factory from a rich neighborhood to his poor locality. The mayor was overlooking the perilous impacts the chemical plant could have on the people living there as the Greyland Recycling was not following the rules. Luis was doing everything he could to get people’s attention to the matter with his hunger strike.

At the end of the episode, Scott decided to end things with Milena. While he hadn’t informed his father of the reality about Milena, he had challenged him about seeing a drug dealer. He realized that dating her was too dangerous. Choi also discovered information about his father. The acquaintance wasn’t just an acquaintance. He had been in love with Choi’s father for years, but they couldn’t come out due to the times.

When And Where To Watch Chicago Med Season 7 Episode 20?

It has been about three weeks since the previous episode in Chicago Med Season 7 premiered. Ever since, the show has been on a mid-season hiatus, But now, fans’ wait is coming to an end as the Chicago Med Season 7 Episode 20 is scheduled to premiere on Mat 11. Fans who want to see the episode can catch the broadcast at 8 pm EST on the NBC network. In addition, the episode will also be available for streaming on Hulu and Peacock.