Station 19 Season 5 Episode 17: Andy Receives A Call About Jack’s Secret In “The Road You Didn’t Take” 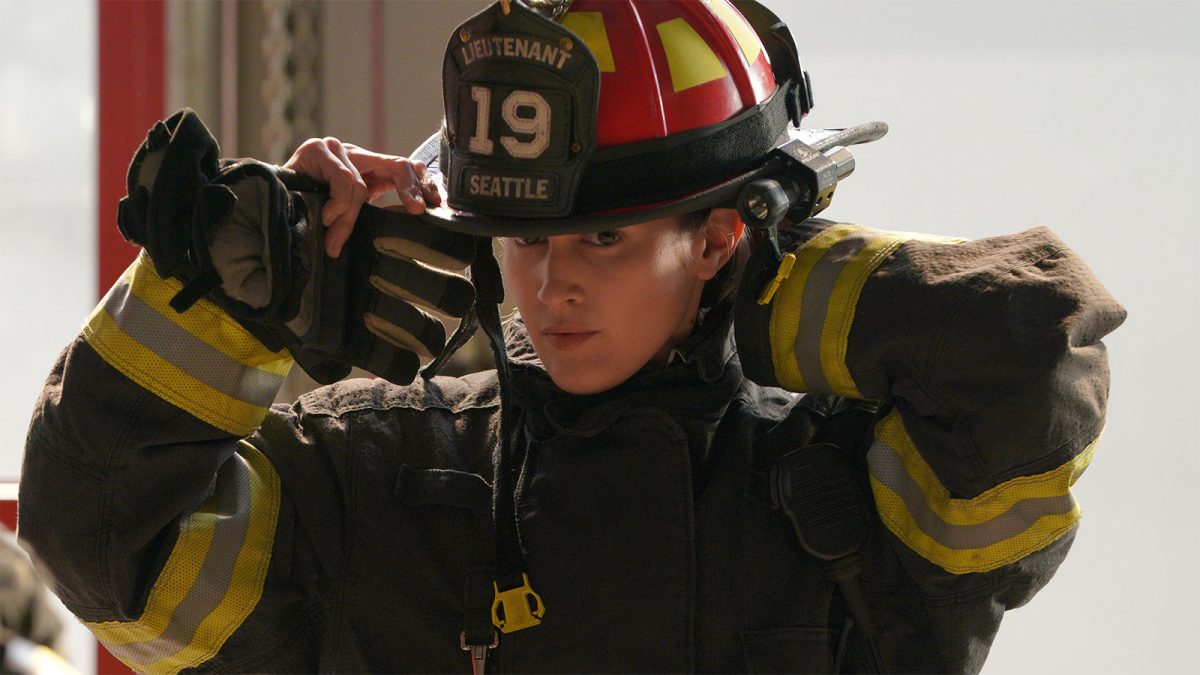 Andy Herrera will take a break from her duty and stress in Station 19 Season 5 Episode 17. She will enjoy her break time with Jack, who has something to share with her. The news seems to be bigger, which will leave her startled. Meanwhile, the other team members will deal with a new case. But things won’t be as simple as it looks. Can they handle the new assignment? Keep reading to know more.

Station 19 Season 5 Episode 17 Preview: What Will Happen Next?

The promo video for the upcoming episode of Station 19 Season 5 is out. In that, after celebrating the official invitro fertilization date, Jack revealed to Andy his big move. He told her that he donated his sperm for Carina and Maya’s baby. Well, it’s a big decision, and it looks more serious. Especially when he spills it in the car. Later, Andy and Jack walk up to a massive and beautiful house in the promo. There Andy meets with Jack’s brother. After completing genetic testing, Jack learned about his brother before becoming Carina and Maya’s donor.

Further, in Station 19 Season 5 Episode 17 promo, Andy’s lawyer calls her for some important discussion. Her lawyer tells her that the judge is agreed to let her colleagues testify, which is good news for her. But Andy is still serving her suspension time. While Jack and Andy seem busy with their individual work, the team deals with a new case. Vic and Theo work on a domestic disturbance between trans teenagers’ parents. At the same time, Travis and Ben help a patient.

In the previous episode, Andy pleaded not guilty after killing a man in self-defense. Soon the news spread like wildfire in the town. Many called her to leave her job. But fans don’t need to be worried because she won’t be leaving the show. Later in Station 19 Season 5 Episode 16, Vic informed Andy that after the closing of Station 23, Natasha Ross assigned Theo Ruiz to Station 19. But she hadn’t assigned a task to Andy yet. Andy and Natasha discussed it later, where Andy told Natasha that she was desperate to join the team. But Natasha informed her she was currently on suspension period.

Meanwhile, Robert Sullivan thanks Vic for being there for Andy’s mother, Elena. However, they were surprised to learn she was Andy’s mother. Andy was happy to see her and finally burst into tears in front of her mother. Elena also revealed that her fellow firefighter had sexually assaulted her and praised her daughter for taking such a bold move. As for Carina, she looked at the marks on her body, and Jack decided to celebrate the official invitro fertilization date.

The show is edging closer to its finale now. Only two episodes are left to finish the season. So we can bet it will set the stage for the upcoming season, and something will happen with Andy that nobody has ever imagined. Station 19 Season 5 Episode 17 will air on May 12, at 8 pm ET, only on ABC, while the finale will drop on May 19, 2022. Stay tuned. TechRadar247 will keep you updated.