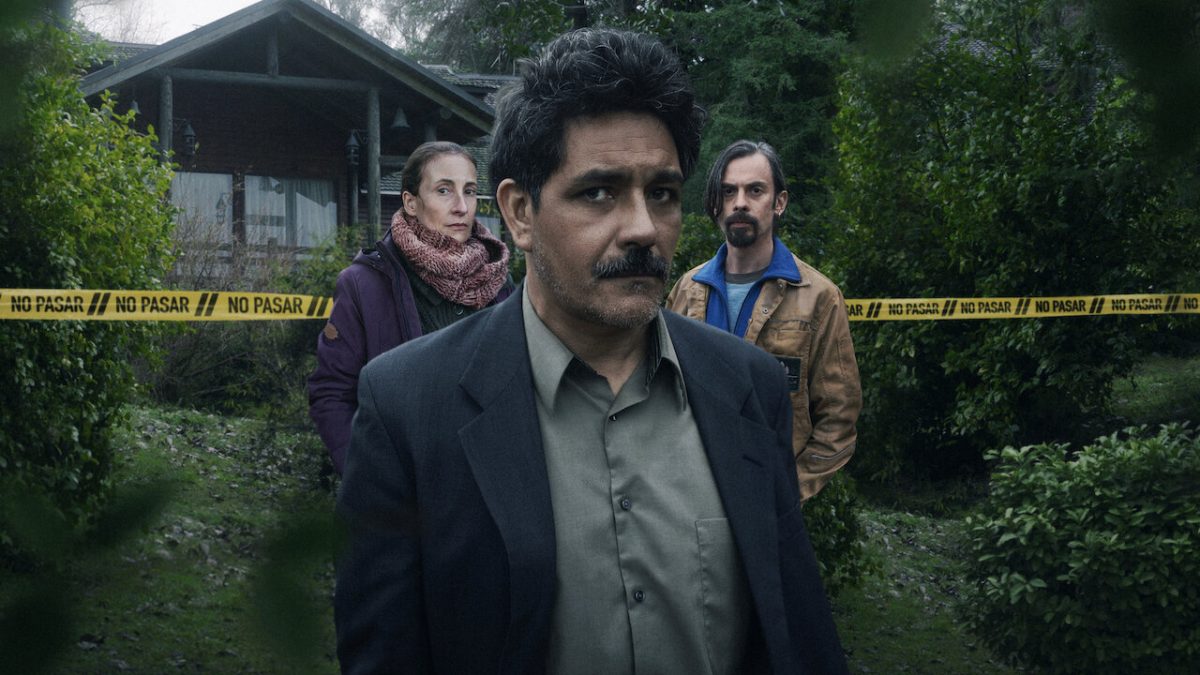 The Chilean true crime thriller drama 42 Days of Darkness debuted on Netflix in May 2022. The first season of the show revolved around the mysterious disappearance of Verónica Montes. So, her sister Cecilia teamed up with lawyer Víctor Pizarro to find out the truth behind the incident. Fans who have binged the first season are now curious about 42 Days Of Darkness Season 2. So, here we bring for you what we know about it.

We saw Pizarro trying to prove that Mario gave someone a contract to his wide Veronica at the end of the first season. Despite his best efforts, he failed to find a witness to testify in court. The court released Mario from the case due to a lack of evidence against him.

At the same time, the other defendant was sentenced for robbery with homicide. We also saw Pizarro reconciling with his son in the season, and he left for Santiago, likely to assist a missing woman’s family with him. Mario, Karen, and Emilia shifted to the house they lived with Verónica, near Cecilia’s house.

When the series returns with 42 Days of Darkness, we expect it to pick up the story after the first season’s conclusion. The second season could focus on the woman’s case Pizarro was reading about in the newspaper. Pizarro and his son may go to the city of Chile and try to get justice in the case. We might see Pizarro seeking help from Nora and Braulio to solve the mystery. A second season might potentially include a deep examination of the country’s legal and law enforcement institutions. And the media’s presence surrounding the probe of the case and the families concerned.

Will There Be 42 Days Of Darkness Season 2?

The Chilean crime drama series 42 Days of Darkness debuted on Netflix on May 11, 2022. If you are also wondering about the potential second season of the show, here’s what you should know. Since it has been only a couple of days since the premiere, Netflix has not made any decision on the show’s future as of now. But we know that the ending of season one has left a lot of room for the story to continue in the further season. Meanwhile, the early reviews of the debut season are also favorable. Thus, we can expect Netflix to renew 42 Days Of Darkness Season 2 soon.

The cast of the series also includes Julia Lübbert in the role of Karen, Montserrat Lira as Emilia, Claudio Arredondo as Toledo, and Daniela Pino playing Asenjo. If the series is recommissioned for 42 Days of Darkness, we can expect the majority of the prominent cast from the first season to reprise their roles in the season. At the same time, there might also be some new faces in the second season.