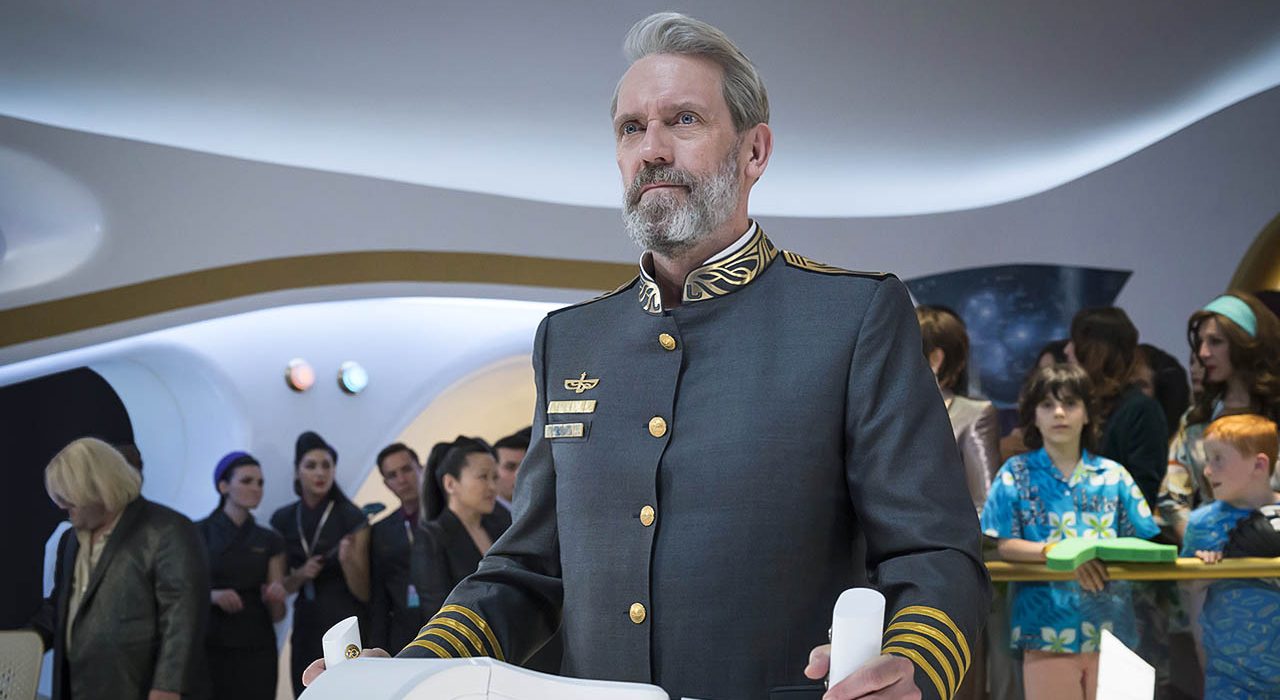 It has been over two years since the first season of HBO’s Avenue 5 debuted on the network. The genre-blending series created by Armando Iannucci has received a lot of acclaim and fan love for its first season. However, the viewers are still waiting for the show’s return with Avenue 5 Season 2. So, let’s discuss the fate of the show-

The first season of Avenue 5 premiered on HBO on January 19, 2020. And came to a conclusion on March 15, 2020. However, thanks to the overwhelming response to the first season, the network has renewed the series for a sophomore installment in February 2020.

EVP of HBO Amy Gravitt, while announcing the renewal, said, “We’ve loved every minute of Avenue 5’s inaugural voyage. Armando Iannucci and his team are masters of smart and incisive comedy, and the ensemble cast, brilliantly captained by Hugh Laurie, is second to none. We can’t wait to see what’s in store for our hapless heroes in season two.” However, even after two years of renewal, we do not have a confirmed release date for Avenue 5 Season 2.

What Can Happen In Avenue 5 Season 2?

The thrilling first season of the show ended with a nail-biting conclusion. In the first season finale, the crew found a way that could cut short their travel by as many as six months. They decided to dump extra weight out of the ship. However, things took an unexpected turn. The weight was pushed out via the wrong side of the ship due to some confusion. Consequently, their journey time, instead of reducing, was extended to eight years, which perplexed the crew. On the other hand, Iris was mistakenly sent back to Earth.

When Avenue 5 Season 2 arrives, it will move the story forward after season one’s finale. In the second season, one of two things will happen. Either the crew will the chaos get better of them, or they will come together and rise to the occasion and devise an escape plan. But whatever happens, we can expect the season to be hilarious.

On the other hand, Iris’s launch back to Earth is a bigger problem. It may help the crew in some inconceivable way, even though it appears implausible. The spacecraft lies deep within a wide gap of space, and viewers expect to acquire more access to it in the future, presumably in another season!

The star cast of the SciFi comedy series includes Hugh Laurie in the role of Ryan Clark, Captain of Avenue 5. and Josh Gad appearing as Herman Judd. He is a bratty billionaire and the owner of the spaceship. The show also stars Zach Woods in the role of Matt Spencer, Rebecca Front appearing as Karen Kelly, and Suzy Nakamura essaying the role of Iris Kimura.

On the other hand, the cast of the show also includes Lenora Crichlow appearing as Billie McEvoy, Nikki Amuka-Bird as Mulcair, and Ethan Phillips playing Spike Martin. If the series is recommissioned for Avenue 5 Season 2, we can most likely expect the returns of most of the prominent cast members. At the same time, the second season could also introduce us to some new characters.

Also Read Avenue 5 Season 2: Star Teases Production Has Begun! Know Who Will Return For Next Season