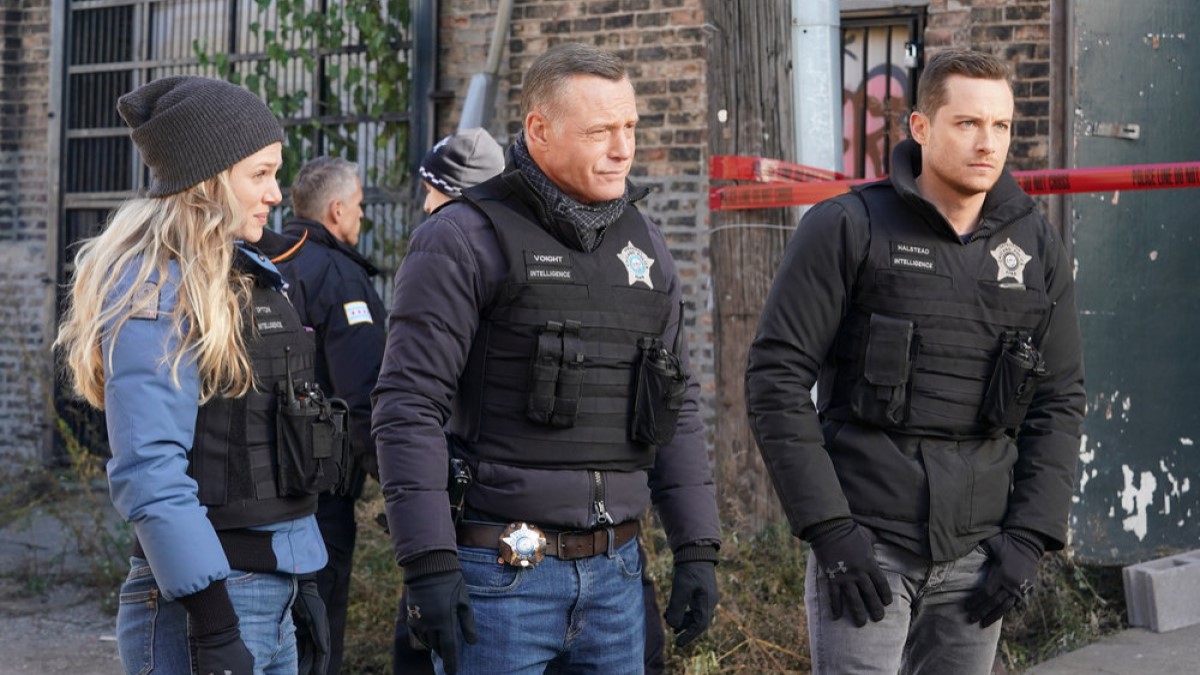 It seems like everyone will be stuck in a traumatic position in Chicago PD Season 9 Episode 21. Ruzek and Burgess will face some difficulty dealing with co-parenting. They need to sit down and plan how they could make things workable for Makayla. Meanwhile, Voight and the crew will work on taking the drug kingpin down. It will be a hell of a ride for the team to handle. Now let’s see what will happen next.

Chicago PD Season 9 Episode 21 Preview: What Will Happen Next?

In Chicago PD Season 9 Episode 21, Ruzek and Burgess will try to find a balance in co-parenting Makayla. They will be trying hard to find a way to help her after the recent trauma she experienced. So the pair will do everything that will help them to cheer up Makayla. Well, they have been dealing with this for several episodes.

Now in Chicago PD Season 9 Episode 21, Ruzek will reveal to Burgess that he was planning to buy his childhood home so they could move in there, and it might also help Makayla live peacefully. But it will ultimately create problems for Burgess. Now that the season is heading closer to its end, we expect something big will happen in the pair’s life.

Meanwhile, the promo focuses on a new challenge that Voight and the team will deal with. As we know, Voight and Intelligence are working closely to take down drug kingpin Javier Escano. So they will move ahead in their plan to find a way to tackle Javier.

Voight will turn toward the undercover informant named Anna. However, things will start to fall apart when Anna breaks more and more, leaving the Intelligence in limbo. Further, the promo ended with Ruzek trapped in a crossfire. Now his life remains in jeopardy.

In the previous episode, titled “Memory,” someone killed the victims just after playing with them. The case was quite twisted as the murderer played with them, had lunch, and the couple posed before their death. Voight and his team investigated similar cases that led them to a young boy named Daniel. The three-year-old boy said that a man broke into their RV and played with his parents. They even had a bath in a smelling bath.

Daniel remembered how much it hurt. But he didn’t know much about it. However, the cops suspected that Daniel had made up a story after being traumatized by the incident. They brought many child psychologists, and one of them told that he was telling the truth.

So Daniel told the cops everything that he remembered. The team started to believe him after learning about new murder cases. He told them how the pink snow was falling, and they all enjoyed a board game. The pink snow caught Burgess’ attention, and she visited the attic, where she found pink installation padding.

She realized that the killer had hidden in the attic and only appeared once he was ready to take the couple hostage. A similar thing happened with Grace too, so they investigated who built her house. The team learned about a man who had a record of protective orders against him. His traumatizing past made him kill only happy parents.

Chicago PD Season 9 Episode 21 will air on NBC on May 18, 2022, at 10 pm ET. The finale will drop next Wednesday at the same time. You can also stream it on Peacock the following day. Further, the show is available on DirecTV, Fubo TV, Sling TV, and Spectrum. Stay tuned. TechRadar247 will keep you updated.