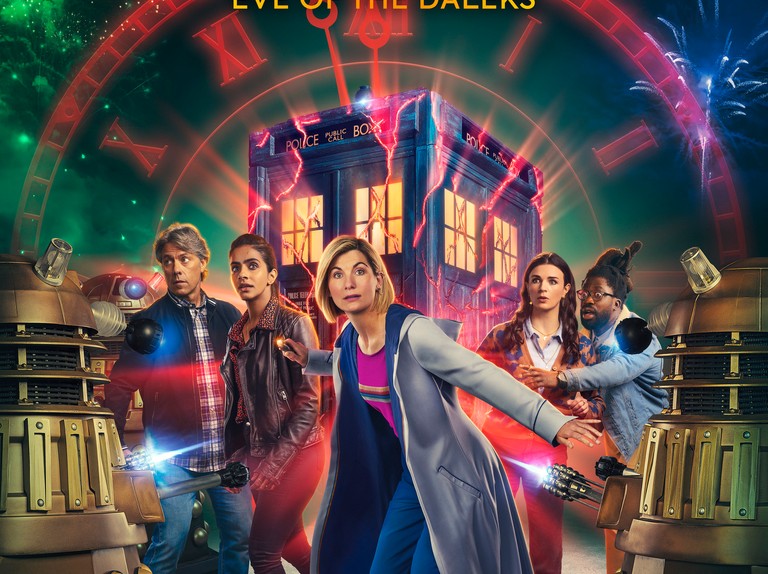 Evidently, Doctor Who is among the longest-running TV shows of all time and seems like it is not going anywhere, anytime soon. In the last season, Jodie Whitaker and Chris Chibnall’s tenure on the show come to an end. Now, Doctor Who Season 14 will mark the return of pioneer Russel T. Daves along with an all-new Doctor! But who is that? Let us find that out-

Doctor Who is a British science fiction drama series that was on television in 1963. However, the current version was revived back in 2005 by Russel T Daves. The show follows the adventures of a traveler Time Lord from a far away galaxy known as ‘The Doctor.’

Chris Chibnall declared his departure as showrunner of Doctor Who with Jodie Whittaker’s departure in July 2021. Chibnall will return for the three special episodes in 2022. On the other hand, Fans are thrilled that creator Russell T. Davies will return for Doctor Who’s 60th anniversary in 2023.

He will be the showrunner for at least Doctor Who Seasons 14 and potentially beyond, according to the BBC’s statement. Davies oversaw Doctor Who’s return in 2005 and served as showrunner through the regenerations of Christopher Eccleston and David Tennant until passing over to Steven Moffat in 2009.

Who Will Be The Next Doctor!

Doctor Who is a timeless character that has been played by several actors over the years, each bringing their own style to the character. Meanwhile, earlier this month, BBC revealed the new face who will be succeeding Jodie Whitaker in the role. On May 8, 2022, BBC confirmed that Ncuti Gatwa will be the new face of the Doctor. Gatwa is best known for his role in the Netflix teen drama series Sex education.

Fans have praised Gatwa’s surprising casting on social media, with many Whovians looking forward to seeing what the actor has planned for the character. Gatwa will be the first black actor from the United Kingdom to play the Doctor. Many fans are anticipating his obviously entertaining performance as the iconic Time Lord due to his distinct personality and amusing quirks. Gatwa, a rising star, will lead the second period, which will be directed by showrunner Davies, who was previously responsible for restoring Doctor Who in 2005.

Where Did The Doctor Come From?

The Doctor’s origin was the most urgent question entering Doctor Who Flux. A wormhole brought the Timeless Child into our universe. She was quickly adopted by the inhabitants of Gallifrey, who used her unique cellular regeneration to create themselves as Time Lords. As a result, The Doctor’s species and home planet remained unknown.

The Doctor’s reunification with Tecteun merely adds to the confusion. Because Tecteun didn’t witness her come through the wormhole, the Timeless Child was waiting for her companions when a massive gateway opened up by chance. At the very least, Tecteun confirms that The Doctor’s home reality is directly next door to ours, but this doesn’t alter anything for the viewer. There are only a few episodes remaining in the Chibnall period. Doctor Who has yet to explain the origin of the Timeless Child.

The new year special episode of Doctor Who FLux premiered on January 1, 2022. Meanwhile, fans have been waiting for the release of Doctor Who Season 14, which has already been confirmed by BBC. When asked about the next season, showrunner Russel T. Daves in an interview, stated, “I’ve already written some of the episodes. The first will go out in November 2023, that’s the 60th anniversary of the show.” His statement clearly answers that well will have Doctor Who Season 14 in November 2022.

Also Read Doctor Who New Year’s Special 2022: Doctor & Her Companions Against The Daleks In A Storage Center! Know Release Date