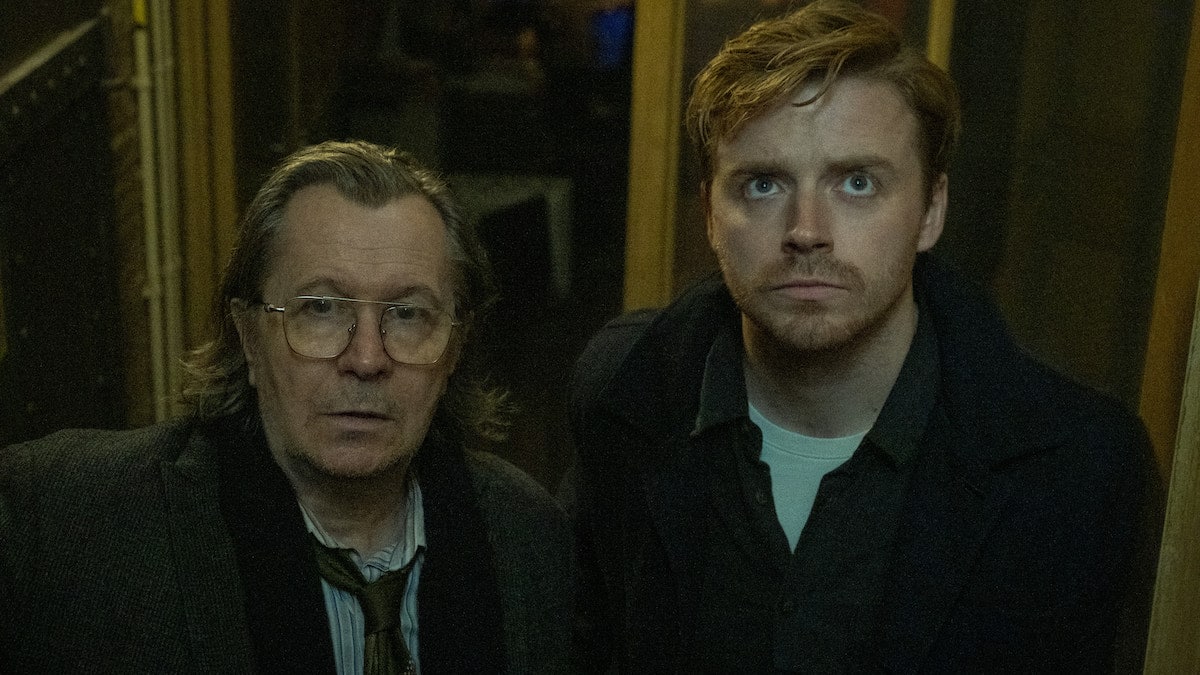 After watching the first season, fans couldn’t wait to see Slow Horses Season 2. You’ll be surprised to learn that Apple TV+ aims to continue the saga. It recently ordered a couple of seasons to continue this journey. Indeed, you read it right. The show will continue to explore the dysfunctional team of M15 agents. The new trailer also teases what will happen next in the second run. Keep reading to know more.

Based on Mick Herron’s novel series of the same name, the series follows British M15 officer River Cartwright was sent to Slough House after his publicly embarrassing training mission. Now, River and his colleagues had to work on paper pushing tasks and deal with their miserable boss, Jackson Lamb. He wanted to quit due to frustration and boredom. Life in Slough House is unpleasant, but things turn exciting when entangled in a dangerous gambit.

It seems like Apple TV+ is moving fast with its new series, Slow Horses. The series was yet to debut when the streaming platform announced Slow Horses would return with the second season. Wait, it isn’t over yet. Apple TV+ also picked up the show for both seasons 3 and 4. Well, it shows the streamer’s confidence in the Mick Herron spy novels adaptation. Before the streaming platform renewed the show, the series director James Howes told Deadline that they are hoping for another couple of seasons in the near future.

Last month, the streaming platform dropped the first trailer of Slow Horses Season 2. It teases sleeper agents infiltered in several places in British society. Now they are reactivated and pose a threat to the M15 agents. Grudges, sacrifices, traitors, everything accompanied in the short trailer hints that something bigger and scary will take place in this season. As per the official synopsis, the series follows a dysfunctional team of British intelligence agents.

They called the M15 department Slough House. Now Jackson Lamb, the brilliant and uptight leader, ends up in Slough House due to his one mistake and now deals with his blunder. The second season will loosely be based on Herron’s second Slough House novel, Dead Lions. It is entirely based on the sleeper agents. As per Apple’s third season logline, Lamb’s disgraced spies will finally work together to track a rogue agent when he kidnapped someone close to them. Meanwhile, the fourth season will focus on a bombing that damaged personal secrets. It already collapsed the foundations of Slough House.

You will be surprised to learn that production has already been concluded. James Hawes revealed that they shot the second season before the first second could ever premiere. Well, it looks like the show will soon begin its third season’s production. Both the seasons will film back to back and continue the saga with more such seasons. Well, the show has plenty of material to explore as Slough House novels have five additional novels and two novellas with a sixth novel.

The second season of Slow Horses has already been filmed the second season. Only post-production work remains. That will take only a few months to wrap up. The second season will consist of six episodes that will air later this year. We can expect that Apple TV+ will soon return with the third season, perhaps earlier in 2023. Stay tuned. TechRadar247 will keep you updated.