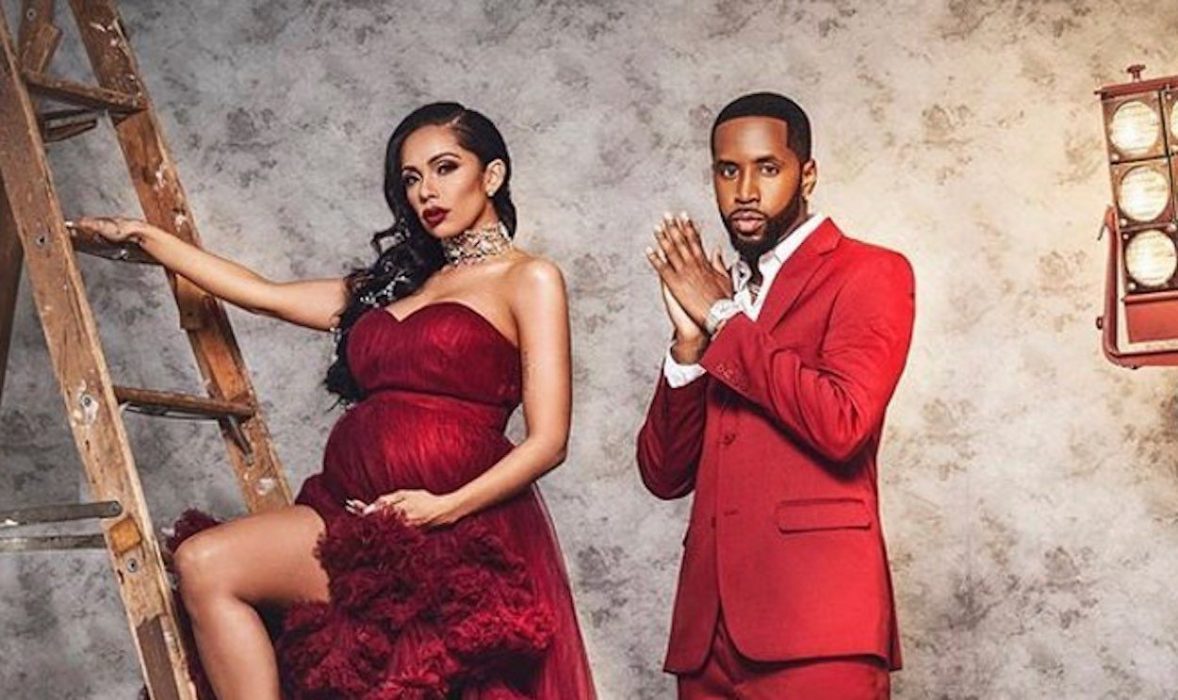 Broken marriages have always been the hottest topic of gossip among American entertainment and music industry fans. The dedicated followers are curious to know what goes on in the lives of the celebrities when they are off-camera. From their love lives to the brands they wear or the cosmetics they use and the places they go, fans are always lurking to know more and more about their favorite stars. Moreover, in the modern world of social media, some celebrities like to be open and share what goes on in their day-to-day lives when nobody is watching.

However, the hottest gossip always comes from power couples and the moves they make to attract the attention of the fans. One such power couple has been the Love & Hip Hop: New York star Erica Mena and renowned rapper Safaree Samuels. Since the beginning of their dating rumors, the couple has managed to attract a great deal of limelight with their actions and the constant fights that always made the fans wonder how long this relationship would last.

Fans were surprised to see the couple getting married in 2019 after they were expecting the birth of their first child. However, the drama and arguments that ensued between Erica and Safaree led to the end of their married life in less than two years. So, what is the complete story behind the duo’s relationship, and where does it stand currently? Keep reading ahead to find out!

Who Are Erica Mena & Safaree Samuels?

Erica Jasmin Mena is a renowned American TV personality, a video vixen, and a former model. She was born on November 8, 1887. She gained recognition through her various appearances in hip-hop music videos as a video vixen for artists like Chris Brown, Akon, Fat Joe, and Fabulous. However, Erica’s big break was her appearances on reality TV shows like “Kourtney & Khloe Take Miami” and “Love & Hip Hop: New York”. She also tried her hand as an author and released two autobiographies, namely “Chronicles of a Confirmed Bachelorette” and “Underneath It All”.

Mena is openly bisexual and comes from Puerto Rican and Dominican ancestry. She has a son named King Javien Conde with Raul Conde, a rapper, and a video director. She was also engaged to Bow Wow for a while, but it did not end well. Finally, she got engaged to rapper and TV star Safaree Samuels in October 2019.

Meanwhile, Safaree Lloyd Samuels is a renowned Jamaican-American rapper, songwriter, entrepreneur, and television presenter. He was born on July 4, 1981, in Brooklyn borough, New York. He debuted in the music world in the early 200s with a group of Hood stars, including Nicki Minaj, who was not immensely famous back then. Safaree appeared in two installments of VH1’s reality show, Love & Hip Hop: Hollywood in 2016 and Love & Hip Hop: New York in 2017, where he came across Erica Mena.

Samuel dated Nicki Minaj from 2000 until their break up in 2014. Some of Minaj’s tracks, including the Pinkprint, are believed to be inspired by their breakup. Later, he got engaged to Erica Mena on Christmas Eve 2018. However, his relationship with Mena did not work out either after he married her and had two children with her. The couple is currently undergoing divorce proceedings after Erica filed a divorce in May 2021.

Erica Mena and Safaree Samuels first encountered one another during VH1’s Sacred famous. The duo bonded together and began dating. Their dating turned into a relationship after the couple signed up for Love and Hip Hop: New York together. Moreover, they got engaged during the ninth season of LAHH: Atlanta in December 2018. The couple has had an on-and-off relationship since then. The duo announced that they were expecting the birth of their first child together in October 2019. Six days later, Erica and Safaree got married at the Legacy Castle in New Jersey. Erica gave birth to the duo’s first child Safire in February 2022.

Unfortunately, the constant brawls between the couples on and off the screens and on social media lead to Erica taking the decision of divorcing Safaree for being careless around her kids and not being loyal. She filed for divorce while she was pregnant with the duo’s second child. The couple separated officially but continued to live under one roof for the sake of their children. Further, Safaree has tried to mend their relationship several times by apologizing to Erica for his stupidities. However, it seems like the “irretrievably broken” comments describe their relationship perfectly. Hence, the couple is currently going through divorce proceedings, which are expected to come to an end soon.

Erica Mena And Safaree Samuels Marriage: Are They Still Together?

Unfortunately, the couple decided to get separated less than two years after their marriage in October 2019. the couple has always had a shaky relationship, with arguments and attacks ending up on social media on several occasions. The couple just does not seem to agree with each other and does not seem to be fit to be married to each other.

Samuels is known for bringing his personal life matters onto social media platforms. The couple is seen attacking each other with cruel words on several occasions. Thus, their relationship has always seemed to be on the edge since they began dating each other. A lot of controversies and arguments led to Erica filing a divorce in May last year in Fayette County Superior Court. The couple is officially separated but still live under the same roof with their daughter Safire and son Legend Brian.

Why Did They Break Up?

The couple has faced a series of ups and downs during the course of their short-lived married life. Samuels and Erica were seen disagreeing on the VH1’s reality show on a number of occasions. One such incident was when their two-year-old daughter got hurt, and Safaree laughed at the moment instead of taking care of her. Safire was playing guitar when it fell on her head. Erica immediately rushed in after hearing her little girl crying.

However, she got extremely mad when she saw Safaree laughing out loud instead of helping. The incident frustrated Erica as she imagined this was how her life would be. She felt that Samuels was not ready to take up the responsibilities of her kids. And therefore, she would be forced to take care of her babies all by herself, while their dad finds it funny. The drama and the arguments continued to grow as Erica decided to give up on their marriage by filing for an official divorce.

Further, the drama still continued even after their separation. During the divorce hearing, Erica stated that her marriage with Safaree was “irretrievably broken.” She requested primary custody of her two kids and agreed to share joint legal custody with their father, Safaree. Moreover, she also demanded child support and exclusive use of the house that they currently share.

Back in February 2021, Safari mentioned in a deleted tweet that he was walking away from his marriage. For him, this married felt like the biggest mistake of his life. Erica shot back at his tweet and called Safaree the most selfish, vain, and inconsiderate person. There have been several incidents when the battle between Erica and Safaree ended up on Twitter. The most recent one was she Erica shot back to a comment that Safaree made in an interview with Majah Hype in December 2021. safaree quoted that he is with his children every day, and they know what’s up. Erica took to Twitter and said that Safaree was being dishonest about his relationship with the kids. She also mentioned that he was on vacation in Jamaica when their second kid was born in 2021.

Who Are They Dating Currently?

Even though Erica and Safaree have enough toxicity between them, the duo can’t get enough of each other. After erica filed the divorce, the couple still continued to live under the same roof. Moreover, the couple has been seen at various events a number of times. Erica and safaree celebrated Halloween together with their kids, and he was also spotted at erica’s birthday party.

Meanwhile, Erica was also seen organizing a divorce party for herself and officially announced herself as single on an Instagram video she posted in September 2021. She was seen with Natalie Nunn, the Bad Girls Club star in the video. Moreover, as Erica is bisexual, there might have been something going on between them. However, nothing has been confirmed as of now.

Meanwhile, amid the divorce filing, Mena had also accused Kaylin Garcia of having an affair with Samuels. Garcia is also another former star of VH1’s reality show. Garcia is a former video vixen and fitness enthusiast who claims to have risen from the ranks of homelessness. Mena openly accused Garcia of philandering with her husband while she was pre-maturely giving birth to their second child. However, Katilyn has denied all the accusations from Mena regarding her involvement with Samuels.