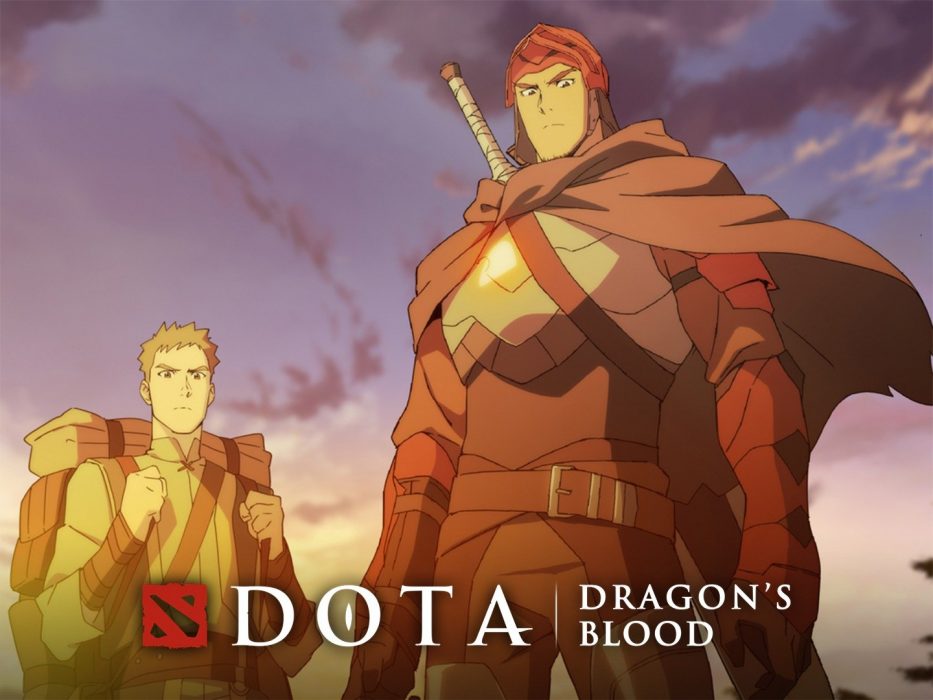 In the second season of DOTA Dragon’s Blood, there was a fierce battle with Davio. However, the ending of the season hinted at a more vicious villain for the upcoming season. Thus, fans can’t wait to return to a world full of demons, dragon slayers, and Elderwyrms, as Netflix has already announced the release date for DOTA Dragon’s Blood Season 3.

Created by Ashley Edward Miller, Netflix’s DOTA Dragon’s Blood is an animated fantasy series set in the world of the popular video game franchise of the same name. The show revolves around the Dragon Knight, Davion. He vowed to make the world a better place by fighting dragons ever since he lost his family.

We are heading closer to the third season of the animated fantasy series DOTA Dragon’s Blood. Meanwhile, the streaming giant has revealed the first look for the upcoming season to build the excitement further.

The images provide a sneak peek at what the upcoming season of the animated series will entail, including the return of Terrorblade after just passing appearances in prior seasons. The DOTA Dragon’s Blood season 3 photos may not reveal much about the narrative. But they provide some intriguing hints as to what the upcoming season will include. The fact that Davion reconnected with Slyrak in the Elder Dragon spirit world without donning his dragon armor is among the most important lessons learned.

The pictures also hint at Mirana’s newly discovered abilities, which will be used more once she assumes the position of Empress of the Sun in the Halo Imperium. It will be intriguing to see if Mirana’s abilities will be used in Selemene’s vindictive desire for global dominance, given her estrangement from her followers, notably Luna and Mirana.

At the end of the second season, we saw the brutal struggle with Davion. Slyrak and the Dragon Knight got separated from each other. On the other hand, Kashurra killed Marcy. This was very surprising for Mirana, who had eventually acquired the powers of the God Empress of the Sun. In the season, we also see a divided Fymryn meeting with Selemene.

Regarding the potential third season’s narrative, nothing is known for sure. When Season 2 ended, Selemene had been named the new Goddess of the Moon, Fymryn had come back to meet her, and Slyrak had been sent to confront Terrorblade. DOTA Dragon’s Blood season 3 ought to feature Tony Todd’s fight with Terrorblade on Slyrak. Mirana’s suzerainty over her realm and the fallout from the encounter between Selemene and Fymryn.

All the episodes of the second season of the show premiered on Netflix on January 18, 2022. Meanwhile, last month in June, Netflix announced that the show would return with a third season. Given the popularity of the first two seasons, it was a surprise to no one. Meanwhile, as far as the release date for DOTA Dragon’s Blood Season 3 is concerned, we are glad to inform the fans that the season will premiere on Netflix on August 11, 2022.

Also Read Harley Quinn Season 3: Trailer And Release Date Out! Will Bane Get His Revenge?