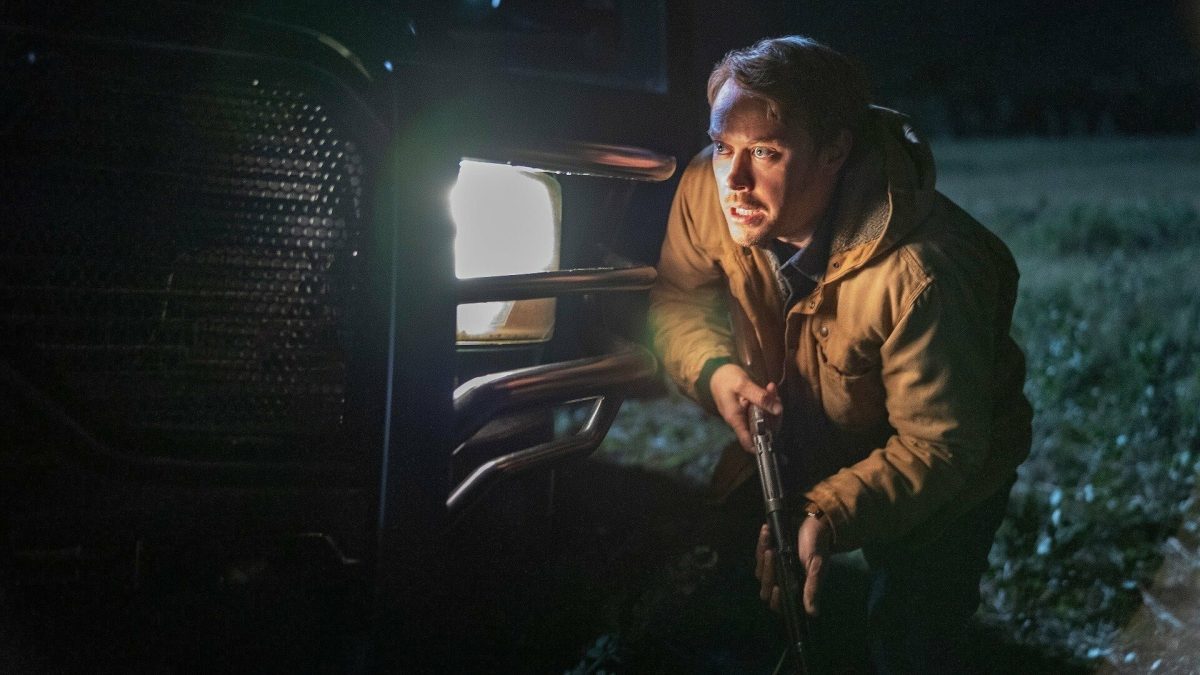 The last season was full of bumpy rides for the Pickett family. However, things will turn more dangerous in Joe Pickett Season 2. Are you wondering what made us say this? The last season ended on a cliffhanger note, focusing on prey and hunter sports. It reveals that things will turn into nightmares for the couple since many new faces will join them whose motives are kept hidden. Among them is the Alita: Battle Angel’s star. Keep reading to know more.

Based on the characters created by C.J. Box, Joe Pickett follows the life of a rookie game warden. It shows the struggle of Joe, who moves with his family to an idyllic rural community in the Wyoming mountains. However, their lives drastically turn when Joe spots a murder victim in his backyard. It becomes a nightmare as he and his wife, Marybeth, are forced to deal with a web of secrets and schemes.

The first season aired later last December, and soon a couple of months later, Spectrum Originals renewed the show for the second season. Well, it came out as no surprise as the series soon became the highly critically acclaimed show of the year. Further, the Head of Spectrum Originals, Katherine Pope, revealed that Joe Pickett was watched by 1 million households in its debut month, making it the most-watched original before the whole season was released.

Katherine told Deadline that the special fact about their show was that it connected with the audience and was just a great show. It remains unclear how things turned out so lucrative, but this is the show’s beauty. The characters managed to draw people’s attention over time and were lucky enough to come up with such a brilliant show.

The second season will explore two plot lines. One will involve Joe, and the second will focus on his wife, Marybeth. Joe seemed puzzled after learning about a dead hunter field-dressed like an elk. He realizes someone is seeking hunters for some sport in Saddlestring. It will leave him in a terrifying position. Meanwhile, Marybeth will be busy with her own investigation.

She will investigate a young Arapaho woman named Marissa, whose left hand suddenly vanishes. During this, they will encounter a strange person, Luke Brueggeman, one of the Game and Fish trainees. He’s quite straightforward but has a good heart. He also doesn’t like horses but is on a mission to learn about drunk Elk.

The previous season finale opened up with Joe rushing to see whether Sheridan was home. Lucy and April told them that he had left with his mother. So he asked them to dress up and leave the place as soon as possible. He rushed towards Missy and revealed that Marybeth was being shot and Sheridan was missing. Meanwhile, Sheridan spotted a vessel and urged it to run away. However, Wacey was there and tried to shoot it. It made Sheridan to hid nearby. Meanwhile, deputy McLanahan drove to the station and found Sheriff Barnum drunk. Barnum told them they didn’t pay enough to run and catch the criminals like Nate.

But McLanahan realized that something was wrong. As for Wacey, he chased Sheridan, who hid under his truck. Joe tried to contact the cops to find Marybeth’s whereabouts. Joe collected himself, but soon someone shot in his direction. Within seconds, he shot a man, grabbed his rifle, and shot toward the truck. Hank told Arlen to call mama when Joe started driving to learn about her position. Hank started dumping gasoline on the truck to burn it.

Recently, the news surfaced that Alita: Battle Angel star Keean Johnson has joined the drama as a series regular. Three returning cast members have been promoted to series regulars along with him. These include Vivienne Guynn (April Keeley), Aadila Dosani (Cricket Ludlow), and Chad Rook (Deputy McLanahan). Apart from them, the main cast will return to reprise their role. These include Michael Dorman as Joe Pickett and his onscreen wife Marybeth Pickett (Julianna Guill). Sharon Lawrence as Missy, Mustafa Speaks as Nate Romanowski, and Paul Sparks as Wacey Hedeman will also return. Skywalker Hughes (Sheridan Pickett) will join Kamryn Pilva (Lucy Pickett) and David Alan Grier (Vern Dunnegan).

As of now, the creator hasn’t yet announced the release date of Joe Pickett Season 2. However, deeming the show is currently under production, we can expect it to wrap up earlier next year. Additionally, the post-production work will take a couple of months to finish it. So we expect that Joe Pickett Season 2 will air in mid-2023. Stay tuned. TechRadar247 will keep you updated.