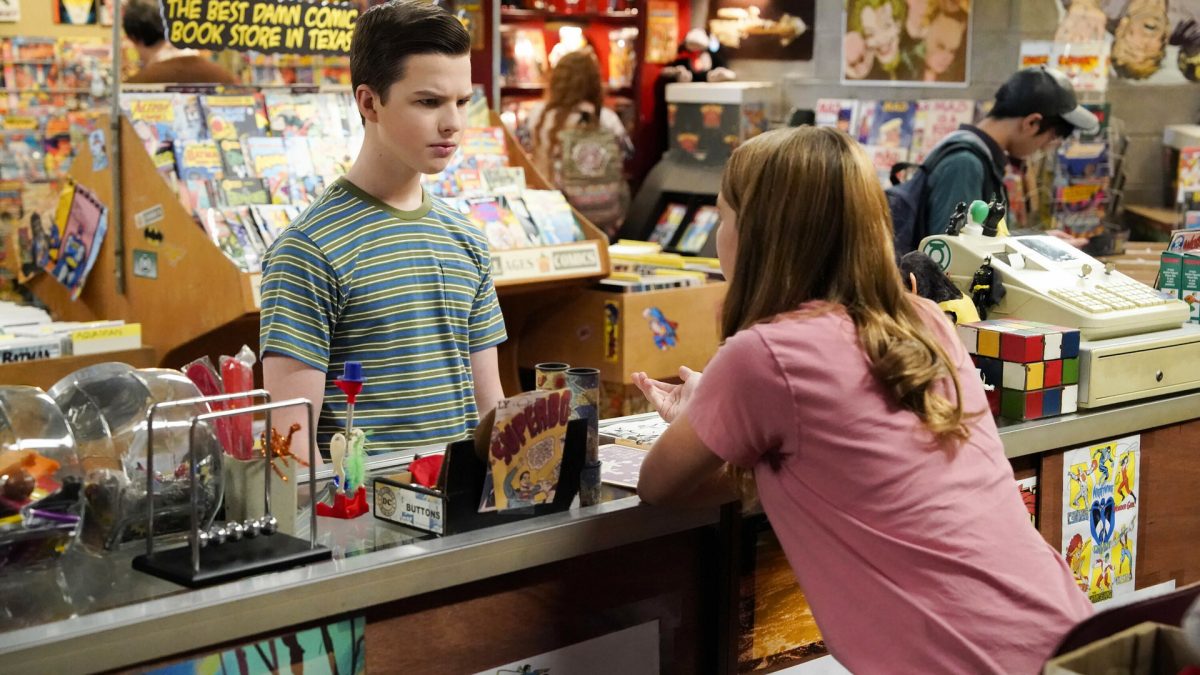 A lot has happened this year in The Big Bang Theory spinoff, but after season 5 ends, Cooper’s life is back to normal in the sixth season. But fans waited a lot to see Young Sheldon Season 6 Episode 8. This is because the show was on a short break. However, it will finally return, and things will be chaotic in the Cooper family’s life. Well, it has nothing to do with Mary and George’s marriage, as they are finally making peace with it. But the story will focus on other members of the family. Let’s see what will happen next.

Young Sheldon Season 6 Episode 8: What Will Happen Next?

The upcoming episode, titled “Legalese And A Whole Hoo-Ha,” will focus on Sheldon’s new idea. In the previous episode, he deduced an idea to help his science club with his database invention and also talked about it with the President of the group. However, the President has other motives. He wants to dismiss Sheldon and use this database idea to charge fees and make some money. Surprisingly, Sheldon isn’t aware of the President’s intention and will continue to share everything with him, digging his own grave.

In the preview clip of Young Sheldon Season 6 Episode 8, the Coopers family dines together when George reveals the lawyer’s visitation. Missy mocks whether her parents finally decide to divorce. But he clarifies the situation. He tells Sheldon has come up with a brilliant idea, and they need to discuss this with their lawyer. So it will benefit him in the future, and he can make some money with its help. However, Sheldon isn’t in the mood to make some money. But his parents pressure him to sit with the lawyer. After a brief discussion, Sheldon agrees to sit down with the lawyer.

Meemaw recently opened her video store to help her grandchildren make money. Mady and Georgie are handling the store and working there. However, they meet an enigmatic woman who has a conflict with Mady. She tries to return a movie video as she believes it is corrupting her husband’s mind. However, Mady believes that her allegation is baseless. Georgie tries to calm them and handle the situation, but Mady makes it more difficult for them and kicks the woman off the store.

Meanwhile, the pastor knocks on Meemaw’s door and asks her to close the video store. He believes the store is selling inappropriate things, which needs to be shut down as soon as possible. However, Meemaw shuts the door in his face and warns him to stay away from her video store. But instead of following her orders, the pastor starts a campaign and asks their neighbor’s help to shut down the video store, leading to massive conflict between the pastor and Meemaw.

In the previous episode, Georgie and Mandy accidentally ran into her parents- Jim and Audrey, while they went out to dinner. Jim seemed to miss his daughter and tried to speak with Georgie while Audrey was cold towards them. Later Georgie visited the tire store, which pissed Mandy off as he went behind her back. Jim then appeared at the Cooper household to drop money for his daughter and ended up meeting George and Mary. Mandy found it and wasn’t a fan of her father’s kind gesture.

Meanwhile, Sheldon was upset after learning Missy sold a rare comic at the store, which he sought. After talking to Nathan, an adult comic fan, Sheldon decided to trade with him but got a brilliant idea for an online comic database. So he asked Missy’s boss to let him count all the inventory for the database and asked Nathan to help him with this. Sheldon later realized this database could help grantees and grantors in the scientific community connect. So he headed to President Hagemeyer to discuss his database idea, leaving Nathan alone to steal any comic from the store. Luckily, President loved the idea and decided to work on it.

Finally, The Big Bang Theory spinoff will return to your screen after a short break. CBS took a break in the middle of the season without any official announcement. The network even hasn’t revealed the reason behind this break. But thankfully, Young Sheldon Season 6 Episode 8 will air on CBS on December 8, 2022, at 8/7c. Fans can also stream it on Nine and 9Now at 7.30 pm. Stay tuned. TechRadar247 will keep you updated.