Lucas Bravo Gay: Who Is Emily In Paris Star Dating In Real Life? 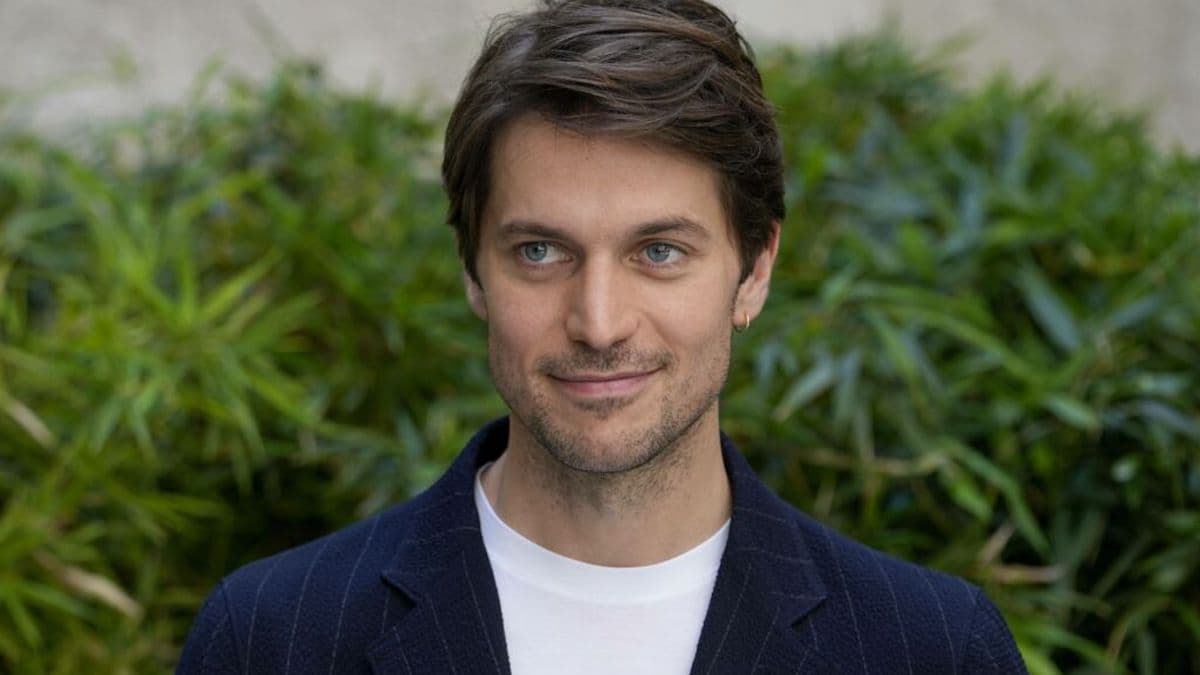 Emily In Paris star Lucas Bravo has become a household name after his debut as Gabriel. His charm and pose have won many girls’ hearts. Now everyone wants to know more about him and his dating life. While girls are daydreaming about Lucas, some rumors cause his fans to believe that Lucas Bravo is gay. Is he? Well, his sexuality remains a big question. But before jumping on this, let’s look at his personal life. Further, let’s see what Bravo says about dating his co-star Camille Razat.

Born on March 26, 1988, in Nice, Bravo is the son of singer Eva Bravo and former French footballer Daniel Bravo. He graduated from the Lycee Pasteur in Neuilly-sur-Seine. He made his screen debut in 2013 in Sous le soleil de Saint Tropez. The following year, he appeared in the French comedy-drama film La Creme de la creme as Antoine Mufla. But before his grand appearance opposite Lily Collins in the Netflix romcom Emily In Paris as Gabriel, Bravo only appeared in limited roles.

His other credits include Mrs. Harris Goes To Paris, based on of Paul Gallico’s novel of the same name. In August, the news surfaced that Bravo will appear in Dean Craig’s future project, The Honeymoon, opposite Maria Bakalova. He continues to step forward in his career. In October, he received another role offer. He will be in his next rom-com, Ticket To Paradise, starring Julia Roberts, George Clooney, and Kaitlyn Dever. Apart from his acting career, Bravo is also a model.

In an interview with Vogue, Bravo revealed that he admires the work of American actors like Mark Ruffalo and Denzel Washington. Not only he’s a fan of their nuanced and flawless techniques, but he also admires their ability to select the right film. Besides them, Matthew McConaughey is also his true inspiration. Bravo is inspired by the actor’s ability to change the direction of his career. Matthew started with comedies and light-hearted work before reinventing himself with Interstellar.

Has An International Experience

Bravo was trained at the American Academy Of Dramatic Arts in Los Angeles and the Actors Factory in Paris. He is among those actors capable of adapting both American and French sets. But his role as a Frenchman in a US production was the icing on the top. Bravo believes that US cinema is different from French cinema as there is more fun. But the US cinema also focuses on the main game, and gaining such experience is wonderful.

On December 14, 2022, Emily In Paris creator Darren Star celebrated the 25th anniversary of ‘Sex and the City.’ While he was celebrating the moment, Bravo surprised Star with a big thank you video. He shared a candid confession about how the series left a huge impact on his sexual education. Though the video is hilarious, the surprise confession explored Lucas Bravo’s sexuality.

Since Lucas Bravo’s rise to fame with his role in Emily In Paris, fans have questioned his sexuality. Well, his character in the series is straight, yet some moments cause fans to question whether Lucas Bravo is gay. However, no reports about his sexuality have been published yet. But a source suggests that he isn’t gay. He is currently single, which he confirmed in his 2020’s interview. In the same interview, the actor reveals that his ideal relationship is sweet, caring, and cuddly type. He further points out that he doesn’t want to date his co-star as “it’s a workplace,” and he wants to keep things professional.

Is Camille Razat And Lucas Dating In Real Life?

Everyone is curious to learn about Lucas’s dating life and whether he and Camille see each other. But Lucas confirmed that they aren’t. In fact, he doesn’t want to date his co-star. He said in his interview that Camille is just like a sister to him and Emily is already married. So he should end up by himself instead of meddling with them.

What do you think is Lucas Bravo dating someone secretly? Comment down your thoughts below. Stay tuned. TechRadar247 will keep you updated.