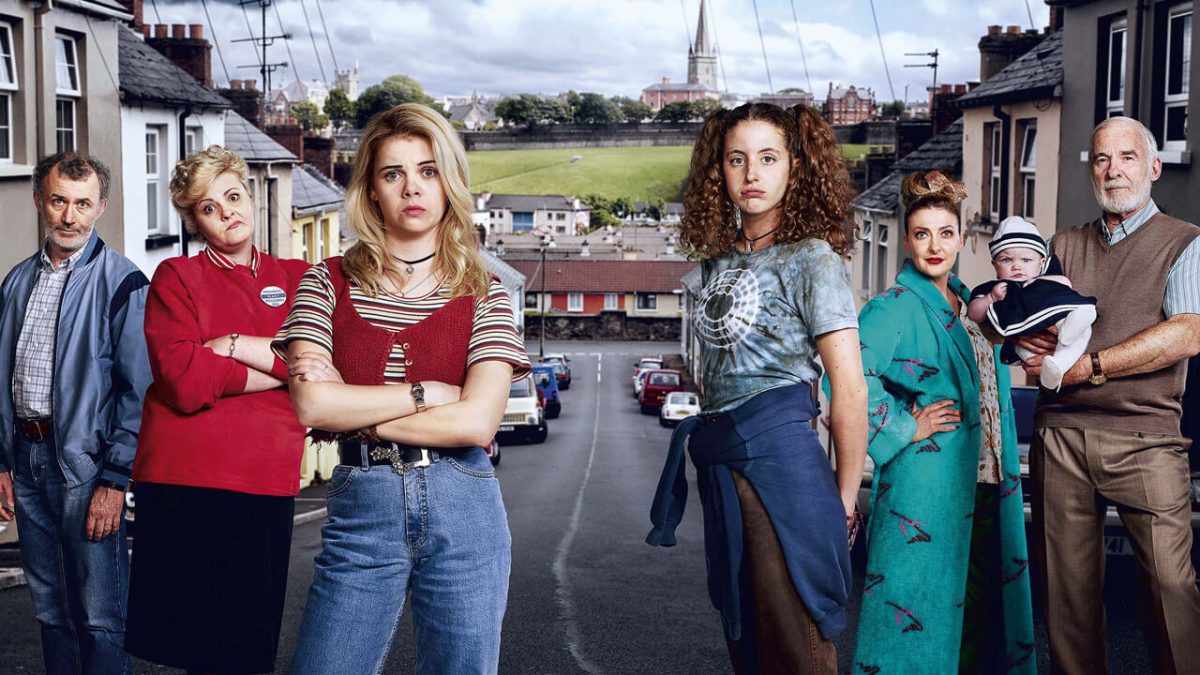 Clare Devlin star Nicola Coughlan confirmed that Channel 4 hit sitcom Derry Girls Season 3 will begin filming this year. However, the official date of production is yet to announce. But Nicola never misses updating her fans about the whereabouts of her show. Last year Nicola shared about the incredible storyline of the third season. But, it seems that fans have to wait a little further to know more about the third season.

Derry Girls takes place in the 1990s in Derry, Northern Ireland. It follows Erin Quinn (Saoirse-Monica Jackson), her friends, and her cousin, who tries to navigate their life during the end of the troubled period in Derry. There they all go to the Catholic girls’ secondary school. However, after Cathy left for England, she gave birth to Michelle Mallon’s cousin James Maguire who was sent back to Derry when her mother faces issues during her divorce.

Derry Girls Season 3: Is It Renew For The Next Season?

Fortunately, yes! As soon as the second season wrapped up in 2019, the network quickly renewed the third run of the show. Speaking on its third run, Fiona McDermott, Channel 4’s Head of Comedy, said that there’s no surprise in it. She added that Derry Girls would continue to grow its legion of fans with time. Even the blend of exceptional writing and characters make the series timeless. Thus, they are glad to confirm the show for the third run.

Recently, Nicola took to Twitter to announce the pleasant news. She confirmed that she couldn’t wait to return on the set as Derry Girls Season 3 is filming this year. Initially, the third season was ordered in April 2019, and production began in the spring. But it got delayed multiple times due to the COVID-19. However, Nicola said that the series storylines are the best. Thus, she’s excited to return.

Even it’s worth waiting. Last year in an interview, Nicola teased that series writer Lisa McGee has already finished writing the script. Even she has read the next outing of the show, and it’s incredible. However, Nicole said that she’s not allowed to disclose the details about the third season. Nicole also appreciated Lisa’s work and called her genius.

Derry Girls Season 3: What Will Happen Next?

In the last season, Erin struggled to manage her life. Now, it looks like Erin would finally focus on her long-awaiting relationship with James. Further, the show’s writer Lisa is also looking to introduce the Good Friday Agreement next season. Well, it counts as the major success for Northern Ireland in the following series. Further, there would be some more elements to come in the next season, especially in Derry and Erin’s life.

Derry Girls Season 3: When Will It Release?

However, the network has yet to announce the official production date. But, considering Nicola’s words, we can assume that filming would begin soon. Thus, looking at the time it takes to finish the filming, we can expect that Derry Girls Season 3 would return sometime in 2022. For more updates, stay tuned in this space.

On My Block Season 4: Production To Begin In March! Know Upcoming Plot & Release Date
Cheese In The Trap Season 2: Is It Happening? Everything You Need To Know
To Top