It has been over a decade, and fans of the BBC’s British periodic drama series still love calling the Midwives. Ever since the eleventh season finale aired in February 2022, all the fans have been asking one question, when will Call the Midwife Season 12 arrive. Now we have some utterly joyful news for them as the show has been renewed.

Towards the end of the eleventh season of Call The Midwives, the viewers were shocked to see the heartbreaking turn of events. Lionel Corbett had lost consciousness as a result of an unanticipated medical occurrence. Meanwhile, his wife was in labor, about to give birth to their infant son, and she was looking forward to seeing her husband. Lionel was one of the first reported fatalities, and it was later discovered that he had an undiagnosed brain tumor. After his wife had given birth, the midwives at Nonnatus House seemed to have no option except to convey the heartbreaking news to her.

This lasted till Timothy Turner was summoned to assist them as medics. He was able to locate his father and sister Julienne and was able to assist them. Sister Julienne was brought to the hospital when the trainee doctor suspected she had a heart attack. Thankfully, they both survived, although their injuries appeared to be fatal.

Will There Be Call The Midwife Season 12?

Season 11 of Call The Midwife concluded on February 20, 2022. In regards to Call The Mid Wife Season 12, we have good news for the fans. The series is not going anywhere anytime soon as it has been renewed by BBC not only for a twelfth season but also for a thirteenth season. There is no confirmed release date for the next season, but according to Radio Times, the season is scheduled for 2023.

While talking about the renewal of the season, showrunner Heidi Thomas stated, “It’s an incredible privilege to be able to look back on a decade of Call The Midwife and yet know that our journey is still very far from over. We are thrilled to be going on for a few more years!” Thomas also added, “The stories we tell are like babies – they never stop coming, we love them all, and we vow to do our best by every single one.”

Who Will Feature In Call The Midwife Season 12!

Then there is Helen George as Trixie. Annabelle Apsion plays Violet Buckle, Leonie Elliott in the role of Lucille Anderson, and Daniel Laurie appears as Reggie Jackson. In addition to those mentioned above, the series also features a few other actors in significant roles. Talking about returning cast members, most of the main cast is expected to return in their roles if there is a Call The Midwife Season 12.

Most Likeable Character On Call The Midwife!

Trixie Franklin is a superb midwife and one of the main characters. She’s the kind of person who goes out of her way to help each and every patient. And she does so with genuine compassion and care. At the same time, she isn’t as old-fashioned or set in her ways as some of the other characters. Trixie is a character with a lot of style and sass. And this sets her apart from the rest of the characters on the program. She is also one of the most amusing characters in the series, which further adds to her appeal. 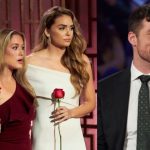 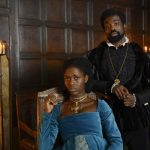