It’s just been a couple of months since Our Kind Of People dropped its first season, and fans are eagerly waiting for Our Kind Of People Season 2. Fox did all kinds of promotions it could do for the first season. The show even brought Morris Chestnut from The Resident and Yaya DaCosta from Chicago Med. Despite this, the network has yet to decide the fate of the series. Will it ever return? Keep reading to know more.

Based on Lawrence Otis Graham’s book titled Our Kind Of People: Inside America’s Black Upper Class is created by Karin Gist and Wendy Calhoun. The series takes place in Oak Bluffs, Massachusetts. It revolves around the journey of a single mother named Angela Vaughn. She tries to fight for her family’s name to reclaim it. But during this process, she learns a dark secret about her mother’s past. That leaves her world upside-down.

It’s been a couple of months, and Fox hasn’t revealed the fate of the series. However, the network generally takes some time to announce the future of the show. So this could happen in this case as well. But the network revealed that the show didn’t achieve stellar ratings. Therefore, there’s no hope that the show could return with a second season. But the series showrunner and executive producer Karin Gist teased that they are rooting for the second run.

Karin stated the finale wraps up the storyline, which the last twelve episodes were trying to explore. But in the closing moment, they tried to wrap up every character’s story. Now they are waiting for the explosive second season. Karin later pitched that if you think the first season drama was big, then wait for the second season, leaving you breathless.

Fox has recently released its midseason schedule, and there was no trace of Our Kind Of People Season 2. Further, Deadline stated that the first season was created in a way to end after a shorter run. But we expect Fox will announce its decision in the spring. The series got an average rating of 0.2, and around 1.35 million viewers watched the show on a demo of 18-49. Thus the chances of the second season are quite low.

Our Kind Of People Season 2: Who Could Be In The Cast If It Returns?

Well, the series’ main cast will indeed return for the second season. These include Yaya DaCosta as Angela Vaughn and Nadine Ellis as Leah Franklin Dupont. Apart from them, Lance Gross as Tyrique Chapman will return with Rhyon Nicole Brown as Lauren Dupont and Alana Kay Bright as Nikki Vaughn. Joe Morton as Teddy Franklin will also return with Kyle Bary as Quincy Dupont and Morris Chestnut as Raymond Dupont. 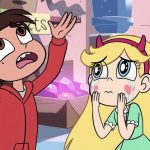