If you are a fan of intriguing espionage thriller shows, then look no further Apple TV+’s Slow Horses starring Gary Oldman might just be the show for you. The first season of the show has concluded on April 29. The dire cliffhanger at the end of the first season left all the fans on the edge of their seats waiting for Slow Horses Season 2.

Apple TV+’s Slow Horses is a British spy drama series based on Mike Herron’s spy novel series of the same name. The show depicts the shenanigans of the Slough House agents, who have their lives made even more difficult by their cynical employer Jackson Lamb. The show’s fans adore it because it combines dry British humor with some very exciting spy thriller scenarios.

What To Expect From Slow Horses Season 2?

The inaugural season of the series was adapted from the first book in Mike Herron’s spy novels series. The series consists of eight volumes, the second of which, Dead Lions, will very certainly serve as the source material for the show’s already announced Season 2. We still don’t know if the plans to base each season on a certain book in Herron’s work. However, the Slough House’s generally dreary existence appears to have a bright future.

Meanwhile, showrunner James Hawes discussed the second season of the series during a conversation. Hawes was excited talking about the second season and praised the writing team behind the series, who are responsible for the live-action adaptation of Herron’s works. He stated, “there’s the promise of more research to do in the novels, and legs for those characters — journeys for those characters through the eight novels that exist.”

When Is Slow Horses Season 2 Coming?

The first season of Slow Horses premiered on Apple TV+ on April 1, 2022. And the season came to an end, with the finale dropping on April 29, 2022. Meanwhile, as far as Slow Horses Season 2 is concerned, we have some delightful news for the fans. The series has already been greenlit for another season by the streaming service.

Not only this, director James Hawes has hinted that there might also be more seasons of the spy drama series after the second installment. Talking about the release date of the second season, Hawes revealed, “Apple has already shot the next six, and they will air sometime later this year. Therefore, Slow Horses Season is closer than most fans realize.

The Best Character In The Show!

The other spies don’t like Jackson Lamb, yet he’s the best character in the series, and he’d presumably concur with that remark. He played George Smiley in the classic spy film Tinker Tailor Soldier Spy, and he nailed it. As the tough but impossible-not-to-like spy, Gary Oldman steals the show.

Considering how he handles Standish and his obvious indifference to the job, it’s easy to judge the guy as a slacker and a braggart. His greatest advantage in the spy game is that he is more than he appears to be. Jackson Lamb has it all as a fictional character: Slow Horses is full of wit, complexity, and riddles that will be revealed as the story unfolds.

Why Catherine Is The Most Likeable Character?

Catherine Standish is the most lovable character in the series, frequently underappreciated and undervalued. Despite her calm demeanor, her efforts cannot be overlooked. Ho would not have been able to trace the kidnappers’ van and save Hassan if it hadn’t been for her assistance. Standish is usually concerned about the other spies, but her friendliness does not imply that she is a pushover. The protagonist is on a quest to learn the reality of a prior occurrence, and audiences immediately understand her perspective. Slow Horses season 2 viewers are going to enjoy her even more. 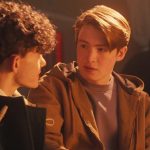