Now that Derry Girls is heading closer to its finale, we will see some changes in the gang in Derry Girls Season 3 Episode 6. The gang is preparing themselves for a big night. But they will be interrupted by someone’s arrival. Now it will be thrilling to see how they will react in the upcoming episode. Further, the show will soon release a special episode. Keep reading to know more.

Derry Girls Season 3 Episode 6 Preview: What Will Happen Next?

It’s Halloween, and everyone seems excited about it, especially the gang who is busy preparing for the event in Derry Girls Season 3 Episode 6. Well, the group has dealt with so many hurdles in the past few episodes, and now they are planning to enjoy Halloween night to the fullest. The gang somehow secured tickets to the mega party on Halloween night and are looking forward to meeting with their idol, Fatboy Slim. But it looks like things won’t work as per their plan. This is because Da Gerry will arrive and it will change everything. Now the gang’s life won’t be the same.

In the previous episode, titled “The Reunion,” Sarah and Mary prepared themselves for their school reunion evening. They exercise and eat only oranges. They both talked about meeting their classmate and former friend Janette Joyce, referring to their school leavers’ dance in 1977. After reaching there, they met Geraldine, Sean Devlin, and Ciaran, who attended the reunion as Sarah’s guests. Joe also attended the school reunion. Sean, Ciaran, and Gerry were wearing the same suit which was on sale. Deirdre Mallon also arrived there with her Canadian cousin Rob, who was gay.

At night they met with Janette. She introduced them to her husband, a surgeon who didn’t speak. Janette didn’t want to discuss the dance event that happened back in 1977. However, it was narrated through flashbacks incident. Back in 1977’s dance party, Geraldine, Sarah, Mary, and Janette had tattooed, and Rob photographed it on his Polaroid camera. Apart from this, the school pupils were asked to stay at the school during the night after finding the bomb near the school. Despite Janette’s protest, they dug those photos and reunited over them.

Derry Girls Season 3 Episode 6, titled “Halloween,” will air on May 17, 2022, at 9 pm only on Channel 4. After airing the sixth episode, the show will release a special episode. You can also stream Derry Girls on Sling TV, DirecTV, YouTube TV, and Fubo TV. Stay tuned. TechRadar247 will keep you updated. 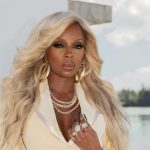