A lot has happened in Derry Girls, and the penultimate episode was emotional for the gang as they lost their uncle. But it’s not the end. Derry Girls Season 3 Episode 7 will follow a time jump. The special episode will take us to the world where everyone has grown up, and now they are dealing with adulting and the problems they will face during this process. No doubt, things would be quite different now. Keep reading to know more.

Derry Girls Season 3 Episode 7 Preview: What Will Happen Next?

The show is coming to its end, and now things will be slightly different. Clare had a hard time finding love, but she found her in the end. Soon after this, she learned her father had left the world, and now the gang was cheering her up. Now Derry Girls Season 3 Episode 7 will follow a time jump. We will see the gang completely grown up and preparing for their final year of school. It’s Good Friday Agreement week, and the gang would prepare themselves to make some promises. Apart from this, Orla and Erin’s 18th birthday party would be overshadowed by the promises they would make.

In the previous episode, titled “Halloween,” Mary and Gerry received an invitation to Ciaran and Sarah’s engagement party. Sarah revealed that Ciaran offered her a ring, and she accepted without realizing that it was an engagement ring. Meanwhile, Orla and Erin asked Mary for their birthday money in advance for the Fatboy Slim concert. Later the gang went to buy the concert tickets. Michelle informed Clare that the girl behind the counter was also a lesbian. Laurie told Clare to meet her at the bar. The gang seemed excited after collecting the tickets, but a man claimed they had jumped in the queue.

Later he and James fought, and he ripped all the tickets. Michelle appeared on UTV and announced that someone hit James. So the authority offered free VIP tickets to the gang. So they all dressed as angels and appeared on the show. While Clare was missing as she was looking for Laurie. She wore a clown’s costume, just like other attendees. As for Ciaran, he visited Quinn’s house. There Joe and Gerry explained that there was a misunderstanding. Sarah appeared wearing nun’s habits. Ciaran mistakenly believed that she had joined the convent, which was why she called off the engagement. Mary also appeared wearing the nun’s habits.

The group tried to find Laurie at the concert by removing other attendees’ masks. However, James later encountered the man who fought for the tickets. Eventually, the security was called when James discarded his crutches. Later it was revealed that he wasn’t beaten up. So the security escorted them out, and Clare finally met Laurie, and they kissed. Shortly after this, Gerry informed Clare that he had bad news regarding her father. The gang reached the hospital, and the other embraced her. Later the episode ended with Sean’s funeral procession.

Unfortunately, Derry Girls will conclude with the seventh episode. Derry Girls Season 3 Episode 7, titled “The Agreement,” will air on May 18, 2022, at 9 pm BST on Channel 4. The finale will finally reveal what will happen with the gang after finishing their final year. It perhaps gives a brief about their life. Stay tuned. TechRadar247 will keep you updated. 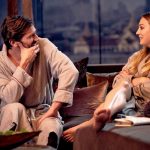 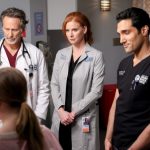