The Tv adaptation of critically acclaimed Bong Joon Ho’s 2013 film of the same name might have failed to make its mark on the critics like the movie. However, the show has been quite popular among the viewers. And the fans have been waiting for Snowpiercer Season 4 ever since TNT confirmed it.

Graeme Manson and Josh Friedman TNT’s Snowpiercer is a gritty post-apocalyptic drama series that debuted in 2020. The series is inspired by Benjamin Legrand’s French novel Le Transperceneige. The story revolves around the eponymous moving train, which carries humanity’s last remnants after the planet Earth freezes over.

Snowpiercer has earned mixed reviews from reviewers throughout the course of its three seasons. Some viewers laud the show’s primary sci-fi mystery and its critical reflections on classism and social unfairness. Despite a mediocre start, the program has been well-received by fans due in part to its Netflix syndicated streaming run.

What Will Snowpiercer Season 4 Be About!

The paradigm of Snowpiercer is continually changing, and it has entirely transformed by the end of Season 3. Half of the passengers boarded the train to join Andre Layton in New Eden, while the other half stayed onboard Snowpiercer under Melanie Cavill’s supervision. Mr. Wilford has left Snowpiercer, and his whereabouts are unknown.

The Bravest Character On The Show!

Layton has reasserted his command over the Snowpiercer. He’s saved Ben and Asha’s lives, worked out how to keep the idea of New Eden alive, and outwitted Wilford in the process of getting there.

On Snowpiercer, no one has demonstrated as much adaptation and moral tenacity as Layton. Bringing Asha along after fighting her was a daring action that demonstrated his bravery of convictions in a just future for everyone. Layton may not have been able to subjugate Wilford without assistance, but his approach was effective, and he was the one who actually put Wilford in his place.

Season 3 of the dystopian drama series started its run on the TNT network on January 24, 2022. And the season came to an end on March 28, 2022. Meanwhile, the show’s fourth season was confirmed via a Tweet from the show’s official Twitter handle. As per the reports, the season entered the production stage in March 2022, But unfortunately, there are no updates yet about the release date of Snowpiercer Season 4.

Also, Read The Alienist Season 3: Will TNT Return With Another Season? What Are The Chances? 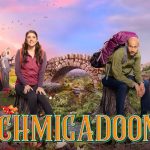 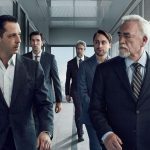