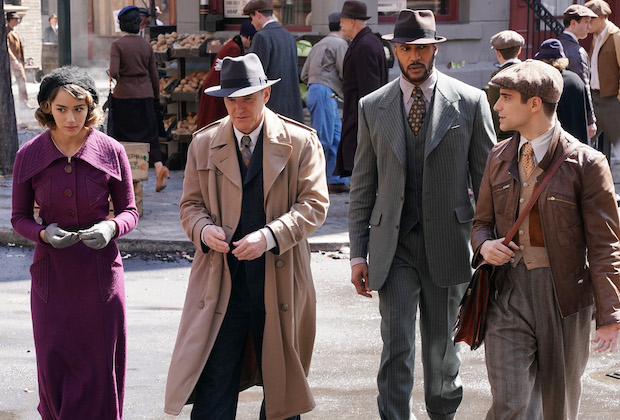 Agents of SHIELD season 7 has started airing. The show has 13 episodes in total. Seven episodes are out now. The next episode- Agents of SHIELD Season 7 Episode 8- titled “After, Before” will release on July 15, 2020. The show is based on the Marvel Comics organization- SHIELD and follows various agents and allies as they are trying to stop alien occupation on Earth.

Until now, the show has brought back many familiar faces back. Not just that, Agents of SHIELD Season 7 has brought younger versions of many characters from previous seasons. The Malick family has been a huge part of the show through and through. But that wasn’t it. Fans have got to see many references from the second season. Fans saw villain Daniel Whitehall and many other past characters, all owing to the Project Insight. The frequency with which old cast members are returning in the Agents of SHIELD season 7, fans have started wondering who else would come in the finale season. Here is what Agents of SHIELD Season 7 Episode 8 is bringing to the table. Watch the promo here-

Another Character From Past

The promo for the upcoming episode, Agents of the SHIELD season 7 episode 8, reveals that the show will be bringing in Daisy’s mom back. Daisy’s mom was the Inhuman leader- Jiaying. For the final season, the show is wrapping up their story by incorporating time travel in it.

The story of the show has multiple references from the earlier seasons and also from the Marvel Cinematic Universe movies. Episodes before the eighth one feature Evnver Ghokaj as Daniel Sousa and Patton Oswalt as Koenig from Agent Carter, who recently joined the team.

Recently the promo of the upcoming episode came out. It confirms that Dichen Lachman will come back to the show as Daisy’s Inhuman mother. The clip for the next episode of the show- After, Before features, Melinda May and Elena go to the afterlife. It is the Inhuman community on the planet. They go there to find Jiaying. The duo hopes that Jiaying and her community would be able to figure out why Yo-Yo lost all her powers. They also hoped that Jiaying would be able to find a way to get them back.

Jiaying’s return was another surprise for all the fans in Agents of SHIELD season 7. She hasn’t been a part of the show since the second season when she died in the season finale. Now, the show is all set to throw some light on Jiaying’s life years before she tried destroying the SHIELD.

The biggest take away from the promo was Jiaying’s return. It does not reveal anything about the time frame of the episode. However, we place our bets on sometime in 1983s if the mission would happen after May. Yo-Yo would find Mack and Deke by the end of the last episode. With that said, we also think all events are before 1989 because Jiaying does not have any scars that she received in the experiments that Whitehall did.

In Agents of SHIELD, viewers will not only get to see Jiaying but also- Gordon, who is a teleporting Inhuman, also a part of the second season. He will be teleporting Jiaying away from the quinjet in the promo. We hope that the episode is not just filled with callbacks but also solve Yo-Yo’s power mystery. The comeback of Jiaying an opportunity for Daisy to see her mother once again.