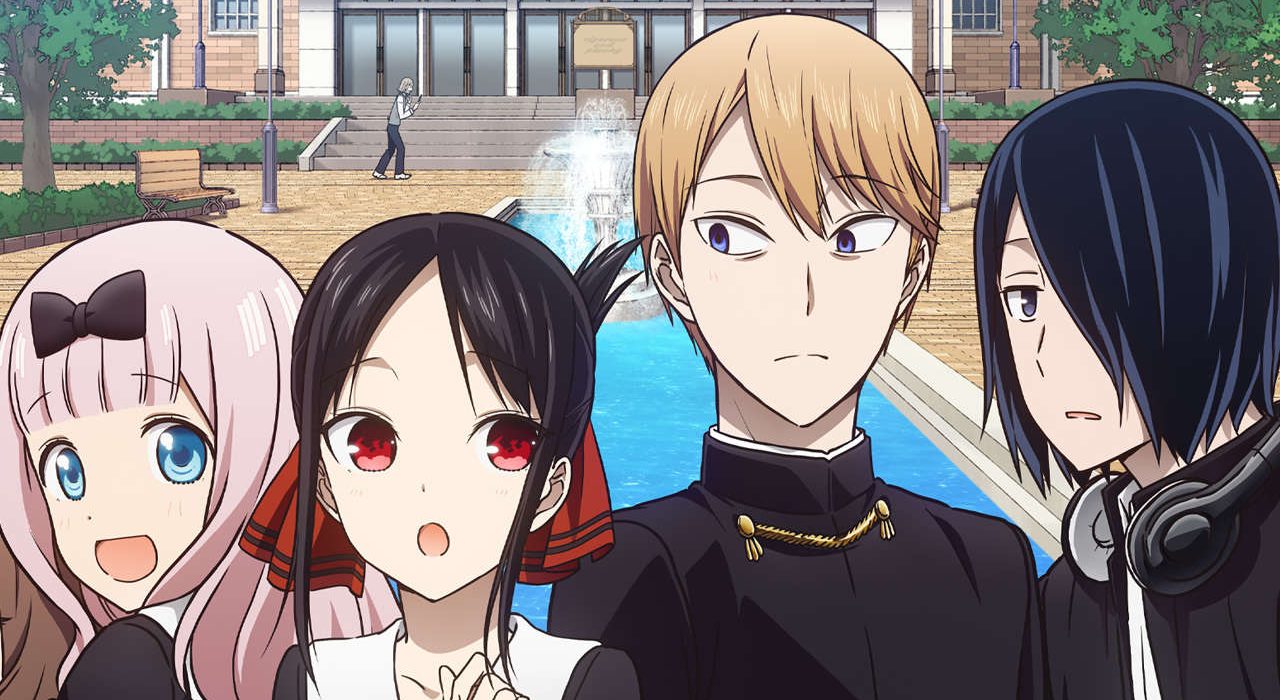 The second season of A-1 Pictures’ romcom anime Kaguya-sama Love Is War, has recently ended. Hence, the demands for Kaguya-sama Love Is War Season 3 are constantly increasing. The series debuted back in January 2019, and within no time, it won itself a massive fanbase. As of now, chances for its return are pretty high. Has the studio renewed Season 3 yet? What will happen in the new season? Here’s everything you need to know about your favorite show!

Kaguya-sama: Love Is War or Kaguya-sama wa Kokurasetai – Tensai-tachi no Ren’ai Zunōsen, is a Japanese manga written and illustrated by Aka Akasaka. The manga began serialization back in 2015, and within months, it became one of the best romcoms of this decade. In fact, the series ended up winning several accolades in the last few years. Due to its immense popularity, Studio A-1 Pictures adapted the story into an anime. The first season of the show aired back in January 2019, while a sequel was released one year later in April 2020.

According to a large section of Kaguya-sama fans, the second season of the anime turned out to be much better than the first one. While Season 1 was good too, viewers seem to prefer the storytelling of its sequel. The debut installment followed the perspective of its lead character Kaguya Shinomaya. Whereas Season 2 has given attention to some supporting characters as well, and fans seem to like that.

On the other hand, A-1 Pictures have improved the animation style for this season, which is one of the highlights of this anime. We hope to see such improvements in Kaguya-sama Love Is War Season 3 as well. The second season aired between April to June 2020. Funimation is yet to release the English dubbed version of the first two seasons.

Has A-1 Pictures Renewed Kaguya-sama Love Is War Season 3?

Unlike most anime series, Kaguya-sama was renewed for a sequel relatively early. In fact, the second installment premiered around a year after the finale of the first season, which is quick as compared to other anime by the studio. As per rumors, A-1 Pictures and its producers are still interested in the project. Aside from the fans of its source material, the anime has a fanbase of millions of its own. Hence, Kaguya-sama Love Is War Season 3 might get an early renewal too.

In a recent tweet, the creators of the popular anime gave away a secret message for the followers. They later revealed that the hidden message was intended to promote a special event for #Kaguya. This event will feature the anime’s cast alongside theme song artists on October 25, 2020. Tickets for the same are available with Blu-Ray/DVD Volume 1 anime box set. Fans speculate that A-1 Pictures might announce the renewal of Kaguya-sama Love Is War Season 3 on the occasion. We will update this section as soon as the green flag arrives.

One of the most concerning issues related to the renewal/cancellation of an anime comes from the amount of source material available. Many anime adaptations are unfairly ceased due to the lack of LN/manga content. Fortunately, A-1 Pictures has more than enough Kaguya-sama manga volumes to create another sequel. The first two installments of the anime consumed around 90 volumes (up to Volume 10) of the 186-volume manga. The studio currently has sufficient content to produce two more seasons of the popular anime.

As of now, millions of fans are waiting for the return of their favorite rom-com anime. Well, it’s highly likely that the studio will announce the renewal at the fall 2020 special event. Creators of the show will then begin the productions of the third season. According to the previous seasons’ release pattern, Kaguya-sama Love Is War Season 3 might premiere sometime around the mid to late 2021. Keep an eye on this corner for all future updates related to this brilliant anime.