Zoo Season 4: Happening Or Not? Here Are All The Details 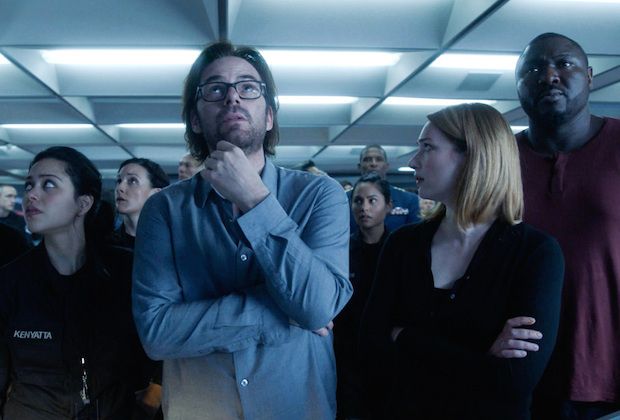 Zoo Season 4: Starring James Wolk as Jackson Oz, the CBS show Zoo features how Wolk, along with his team, conducts research to understand why the animals in the African jungles are behaving strangely. OZ and his team try to uncover the truth behind it. In the meantime, animals start behaving even more bizarrely. The third season of the show takes viewers to the year 2027.

Owing to the sterility issues, the human population is still diminishing. In the meantime, hybrids are also a new threat. However, the team members have grown apart over the past ten years. In the third season, these members, Jackson, Jamie, Abraham, and Logan, work out their differences to come back. They find out that Mitch is alive. They go on to do everything to stop the hybrids and their creators. Will there be a Zoo Season 4? Here are all the details

What Is The Story About?

Zoo is a war between violent animals and professionals who were trying to save the planet from a very mysterious animal who intends to destroy the planet by attacking all the humankind. Jackson Oz is an American zoologist. He has a Kenyan friend- Abraham, who is a safari guide. The two, along with a reporter and veterinary pathologist, go forward to investigate the pandemic. Zoo features how the three of them co-ordinate and become a powerful team. As we move forward on the show, the show starts bringing in interesting scenarios that actually hook up the viewers. The show indeed has proven to be fun, thoughtful, relevant while also telling viewers about several survival techniques.

The show hasn’t had great critical ratings, but it was able to build a strong fan base. In an interview, Caroline Framke gushed about the show. She said that Zoo is a show that would blow everyone’s mind with the chaotic swarm of kamikaze bats, 70 foot long snakes, telepathic lions, and so much more. After saying that, she said that there is no point in them making bushy tails of the beast. Zoo, as a show by both design and the fortuitous accident, is a pretty illogical show. However, the show is also fun to watch.

The third season of the CBS show was released on June 29, 2017. After that, in October 2017, CBS confirmed that they would not move forward with ‘Zoo season 4.’ Spokesperson from the company revealed that it was a hard decision. The main reason for the cancellation of the show was the low viewership. The show could only get a 0.51 rating in the 18-41 demographic and just about 2.56 million viewers. This was a major dropped when compared to the previous two seasons. The viewership went down by 31% and 40%, respectively. It is when CBS announced the cancellation.

Billy Burke On The Show

In an interview, Billy Burke praised the show saying how much they enjoyed while making it and the whole process. He said that the show has nothing but pure fun for the two seasons. Everyone has loved it. He went on to say that it is a balance between steady and exciting, and that is what they want to give to the audience. The show wasn’t very serious. Burke says that they have been able to grow in all directions. Writers and producers have done a great job with that. But now, it seems like its the time to say bye. While there is a very slim chance of CBS reviving Zoo Season 4, we will keep an eye on all the updates and pass them on to you as we get it. So, you stay tuned for all the news about it.