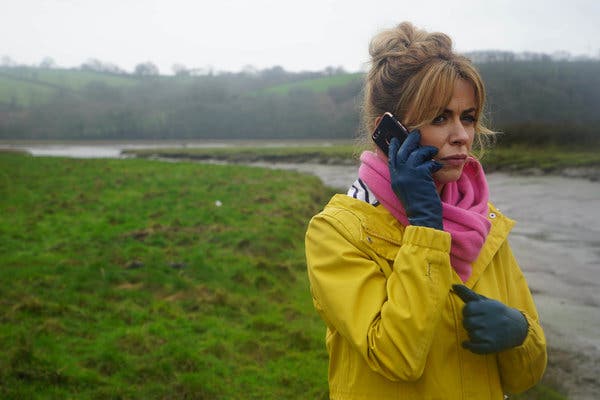 Yes, this is a good news for the fans. Keeping Faith Season 3 is happening. This January 2020, the creators announced that the show has been green-lit for another season and is coming soon. The show releases in two languages- Welsh and English. The series is in the name- Un Bore Mercher on S4C.

Amanda Rees, the channel director there, says that she is thrilled that the show is coming back. She called the show a pioneering drama that is hailed as one of S4C’s original. It is an award-winning thriller and has the backdrop of Wales’ most beautiful scenarios. Keeping Faith has indeed raised the profile of Welsh Dramas globally, says Rees. Adding to the statement, Nick Andrew, the head of commissioning at BBC Wales, says that the show is a fantastic one, and he is delighted that it is coming back for a third season.

In the last episode of the second season of the show, Faith Howells went out to find the woman who could stop Madlen’s conviction and stop killing her husband. Things turn to a different route when the odds stacked up against Faith. Madlen admits that she was the one behind the killings and all of the Faiths’ husband Evan’s truths come out. On the other side, however, Gael Reardon flies out of the town in a plane. Even after that, Gael hadn’t got the taste of Faith’s wrath as the mother and a wife who was in an intense argument with her spouse.

Things got so bad that Evan had even tried to stab himself with the kitchen knife. Faith tells him not to create a drama in front of their kids. Eventually, Evan decides to pack his bags and live them once against. In the last few seasons of the show, Faith goes and shares a very heartfelt scene with Steve Baldini, a long time friend, and potential love interest on the beach.

What Else Do We Know About Season 3?

What we know more about the show is that the main cast, including Eve Myles, Bradley Freegard, and Steve Baldini, will be coming back for the third season. Oliver’s award-winning actress- Celia Imrie, will join the cast for the third season. The show has been filmed in two languages, Welsh and English. In an interview, actress Eve Myles revealed that it feels like they are sieving the scene through their English brain and then Welsh Brain. It gets quite hard to give both the languages 100 percent. They try to do that, though, they also try to jump from one language from the other. It is tiring but incredible, She says.

The show is all set to release in the Welsh language on channel S4C in October 2020 and in English on BBC Wales sometime in early 2021. We will keep updating you about the show as we get any new information about it. So, you stay tuned.