Southern Charm Season 7 Episode 3: “A Pair and a Spare” Double Date And More Details For The Fans 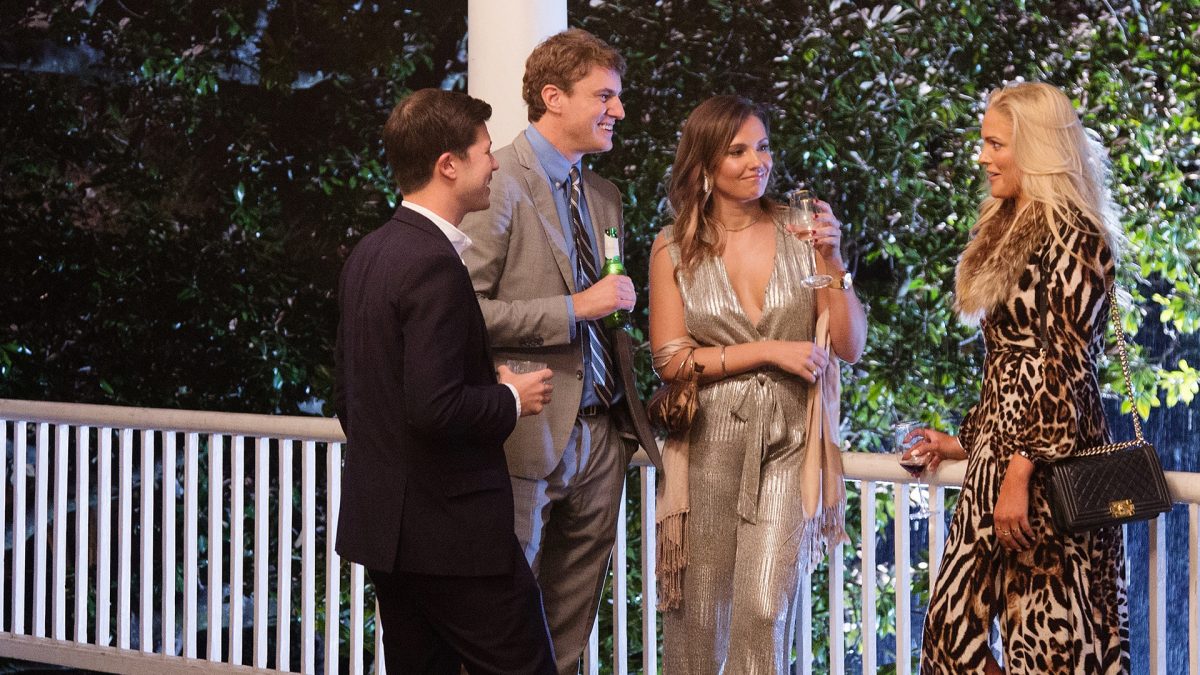 The second episode of Souther Charm had spread many rumors and gossip. Some relationships will move forward, and others will end here. What newness will Southern Charm Season 7 Episode 3 bring in the character’s life? If you have already watched the previous two episodes, then check out the details below. We have covered all the forthcoming plot for you. Coming weeks are going to be bomb-blasting ones for the Southern Charm Fans.

The third episode of the show is titled “A Pair and a Spare.” The storyline will be spilling many secrets ahead. However, we are going to see Shep and Taylor going on a double date with Austen and Madison.

The official synopsis of Southern Charm Season 7 Episode 3 reads, “Leva hosts a Persian Dinner for the girls, while the boys go out and discover John doesn’t honor bro-code.” Kathryn is going to find out a secret about Thomas. How will this secret affect their relationship? We will only get to know the answer after the release of the episode. Bravo released the promo of the upcoming scenario. Click to watch.

The previous episodes of the season have been full of entertainment. We expect the same from the upcoming ones. There will be more drama, clashes, and emotions ahead. So, better be ready for the roller coaster ride.

The previous episode of the season was titled “Charleston Wine and Food Festival.” There was a party that included a lot of gossip and enjoyment in it. At Shep’s party, we saw the entrance of John. However, he is more interested in Madison than Kathryn. Leva is still angry with Kathryn for spreading rumors about Cameran’s marriage. Furthermore, we see her leaving the party. Therefore, there are lots of building and breaking relationships in the story.

Moreover, it seems that the party is discussing all of Madison’s sex life. However, some, like Austen, are still unaware of the gossips roaming around. He later says to Shep about setting up at the party. However, Shep was unaware of the situation and apologized for hurting him unintentionally. At the Food and Wine Festival, everyone gathered to support Austen for his new business. Indeed, it was an exciting and thrilling situation for all the characters. There are going to a whole packet of drama ahead.

Southern Charm Season 7 Episode 3 is set to hit the screen on Thursday, November 12, 2020. It will be premiering at 9 PM ET/PT and 8 PM CT at Bravo. However, the remaining episodes are going to arrive at the same time slot like this one.

The cable subscribers can easily watch the releasing episode on Bravo’s official website. However, if you don’t have the subscription, don’t worry because there is a lot of options ahead. One can watch the episodes on Hulu, YouTube TV, Sling TV, Fubo TV, and At&T TV Now. Fans can also stream the season on Amazon Prime Videos and Peacock TV. Keep watching and staying updated with us in this space.