Alexa and Katie Season 5: Will It Ever Happen? Everything To Know 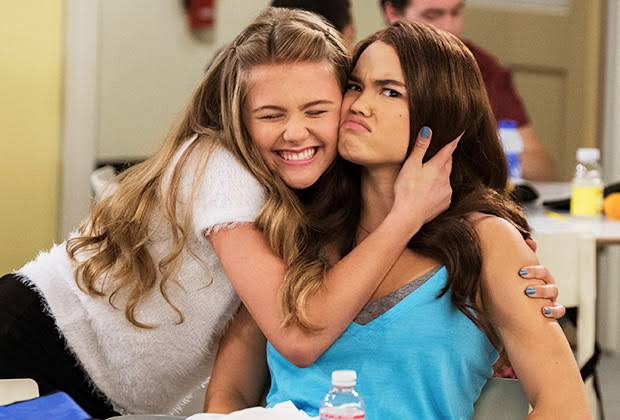 Would there be Alexa and Katie Season 5?

The show Alexa and Katie has got immense appreciation. In its run of four seasons, the show has received critical acclaim and even received an Emmy nomination for tackling a very tough subject with the utmost sensitivity. Ever since the fourth season concluded, fans from all over the world are asking for more. Is it happening?

It is unlikely that Netflix would bring Alexa and Katie Season 5. Back in February 2019, Netflix renewed the show for sixteen additional episodes, which were split as the third and the fourth season. The fourth season was released on Netflix in June 2020, and that was the last of the show.

The show is created by Heather Wortham, who was also responsible for shows like Hannah Montana and Reba. Matthew Carlson served as the showrunner for Alexa and Katie. The main leads of the teen-drama include the series stars Paris Berelc and Isabel May as Alexa and Katie. Other stars include Tiffani Thiessen, Emery Kelly, Eddie Shin, Jolie Jenkins, and Finn Carr.

Berelc On Bidding Good-Bye To The Show

In an interview with Seventeen earlier in 2020, Berelc says that the show Alexa and Katie was not only fun but equally welcoming. It was the kind of project that was hard to let go of. She continued to say that everyone on the set, including the writers to make up artists, to hair artist and everyone, they are all kind of a family.

In fact, Berelc called the final episodes touching and fulfilling. The actress went on to thank everyone in the cast and the crew for all the memories showing how grateful she was to play the part. Isabelle May told Seventeen that she is forever grateful to have told Alexa and Katie’s story. She called the finale series a loving tribute to all fans of the series.

By the end of the fourth season, Alexa had defeated cancer, and she tried to leave it behind. However, it was tricky for her to navigate normally after going through as much as she did. Katie, on the other hand, was struggling as they started to get ready for the next chapter in their lives- College. Their strong friendship was the thing that kept the two going. The show indeed was a touching and heartwarming one. All four seasons of Alexa and Katie are available on Netflix for you to binge-watch if you haven’t already.