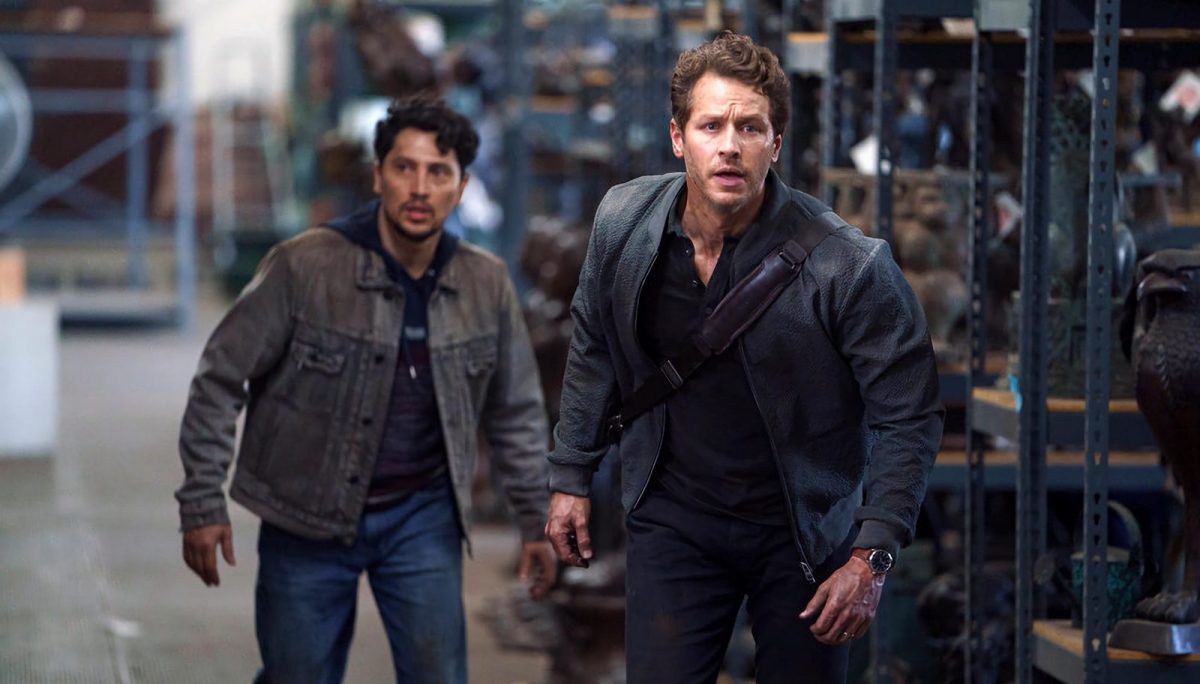 A discovery will break the Manifest mystery wide open. Manifest Season 3 Episode 10 will bring some intriguing news about 828 mystery. Something huge is waiting ahead. And this huge discovery is about to put characters in jeopardy. Some will make the difficult decision of their life, while others will deal with the repercussions. Let us look into the details of what this episode is about to bring.

Manifest Season 3 Episode 10 is entitled “Compass Calibration.” Everyone is on the brink of something huge. Jeff Rake is the writer of the episode. Saanvi is thoroughly seen to piece together the mystery of flight 828. And in this episode, Michaela will uncover a dangerous arsenal of 828 hate.

The promo also shows glasses breaking and ground shaking. Will the dangerous arsenal take away lives as well? It looks like the natural disaster will make Saanvi take a difficult decision to change all the wrongs. Meanwhile, Angelina will test her connections with Eden. Will the couple go through this life-changing test?

Meanwhile, the episode’s official synopsis reads, “Ben’s pursuit of a vulnerable Passenger’s Calling lands him in the crosshairs of an enemy. Mihaela unearths a dangerous arsenal of 828 hate. Meanwhile, a seemingly natural disaster leads Saanvi to make a bold move. Angelina, on the other hand, puts her connection with Eden to a dangerous test.”

The title of Manifest Season 3 Episode 11 is “Duty Free.”

Another Hiatus On the Way!

Do not worry, as Manifest Season 3 Episode 10 will not take much time to release. Instead, the further episode of the seasons will release after a short break. The hiatus will be for two weeks. With the season coming to an end, the platform wants the thrill to continue until its last moment.

Moreover, the break-in between will add the perfect suspense to the storyline. The eleventh episode of the season will release on June 3. Furthermore, fans will see two episodes of Manifest Season 3 on June 10.

The last released episode of the season was “Bogey.” Michaela, Ben, and Eagan get black cloud calling in this episode. Ben’s cloud has water, and Eagan’s one has a lion with bloody eyes. Saanvi works on dark lightning stimulator for one last time. Sooner, she starts to bleed from her eyes. Her calling was almost similar to that of Mick.

Could it be a warning to the characters against the lie? Olive thinks so. Saanvi opened up about her incident to the Mayor. And her eyes immediately clear up. Then each one starts interpreting the cause of the calling. One of the reasons surfaces that the calling could include Al Zuras; journal.

Manifest Season 3 Episode 10 will release on Thursday, May 20, 2021, at 8/7c on NBC. The season continues to release the episodes on a weekly basis, except the eleventh one, which will have a gap of two weeks. The season is coming towards its end. Therefore, some of the cliffhangers will be answered. Stay tuned to the channel and with us for more information in this space.