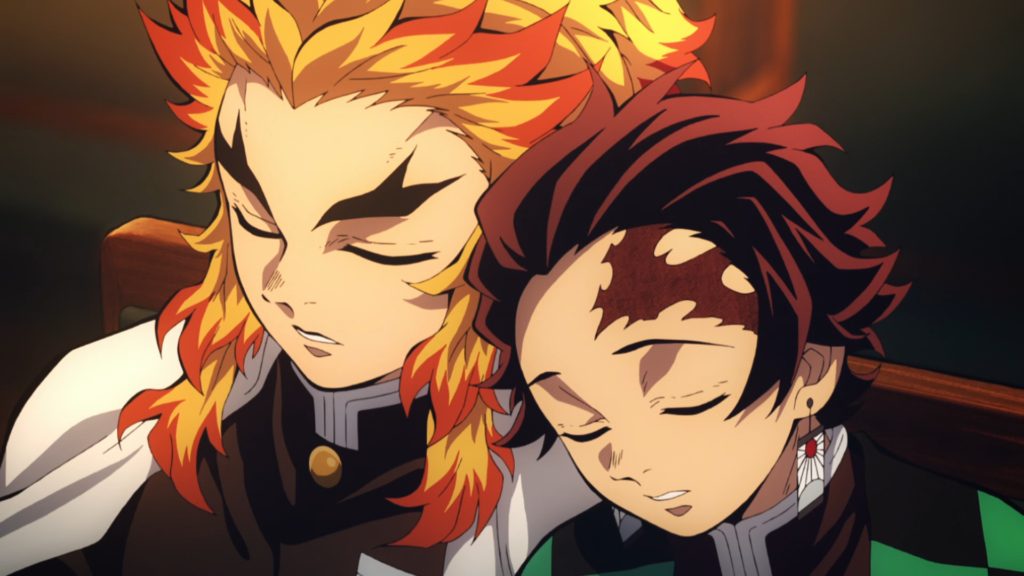 The title of Demon Slayer Season 2 Episode 3 is “Should Have Been.” It will begin the quest of the children to find the spiritual core of the Demon Slayers. Moreover, it will destroy them in order to kill them in their deep sleep. The original first episode focused on the life of Kyojuro Rengoku. After it, the second episode of the anime finally revisited the plot of the Demon Slayer: Mugen Train film.

By the end of the episode, Enmu successfully managed to put Rengoku, Tanjiro, and others into a deep sleep. Now, he will send some children who will try to find and destroy the find the spiritual core of the slayers. However, it won’t be an easy task for them. So, will Tanjiro and others wake up from their sleep? Here are all the latest details.

Enmu created a solid plan to kill the hashira and the other demon slayers by sending them into a deep slumber and then destroying their spiritual cores. Everyone is living the life they always desire in their sleep. So, it might be really difficult for them to come out of it. Tanjiro met his family again in the dreams. Now, the children outside are planning to enter the same dream to find the spiritual core in Demon Slayer Season 2 Episode 3.

In the next episode, the fans will see Nezuko trying to wake Tanjiro up. However, it won’t be easy for her as her elder brother is in deep slumber. The fans will get to see the dream life of Rengoku, Inosuke, and Zenitsu as well. Most of the fans already know that they will eventually wake up to face Enmu. But there is a possibility that the anime will feature some original scenes as well.

The second episode of Demon Slayer Season 2 began the Mugen Train arc. It started with Zenitsu, Inosuke, and Tanjiro entering the train for the very first time. They got stunned after seeing the large train as they didn’t know anything about it. Soon, they entered the train and began their search for the Hashira. Soon, they came across Kyojuro Rengoku, the Flame Hashira, who was enjoying his food. Rengoku explained to them about their mission and revealed to them that one among the Twelve Blood Kizuki is on the train.

Tanjiro also talked to him about the Hinokami Kagura. However, Rengoku had no knowledge about it. Soon, a demon appeared, and Rengoku killed him in an instant using his Flame technique. Zenitsu, Tanjiro, and Inosuke requested him to train them after seeing his brilliant sword skills, and the latter agreed. By the end of the episode, Enmu played his card and managed to put all the slayers into a deep slumber.

The initial episodes of Season 2 of Kimetsu no Yaiba are revisiting the Mugen Train arc. The installment will continue to release weekly without any breaks. Demon Slayer Season 2 Episode 3 is all set to release on Sunday, October 24, 2021. The new episodes of this anime are available to watch on Funimation and Crunchyroll.