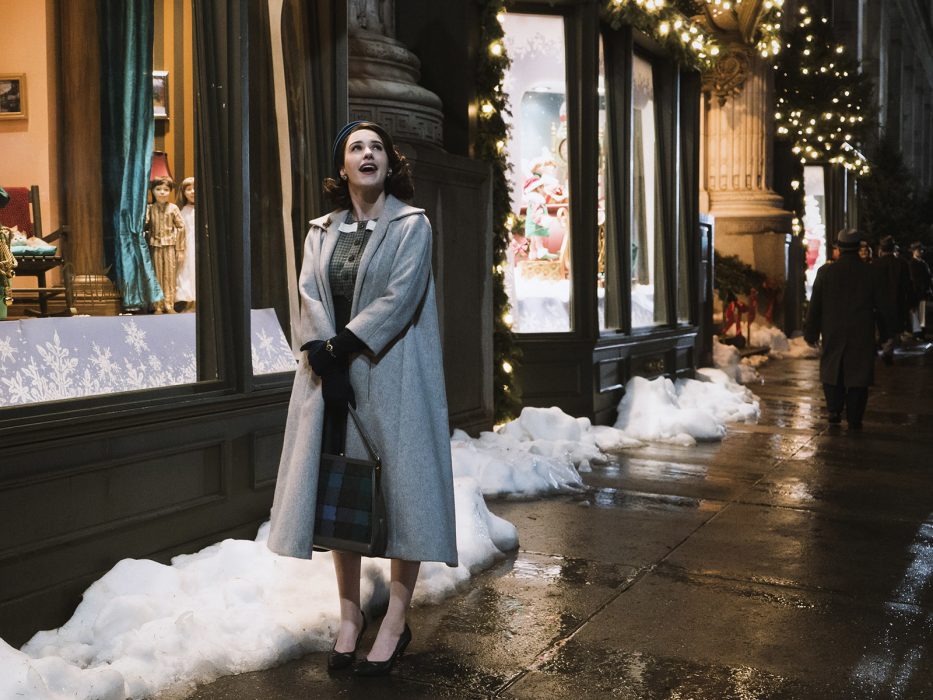 Fan-favorite Housewife standup comic is coming back. Amazon Prime Video has officially confirmed The Marvelous Mrs. Maisel Season 4. No doubt, it is one of the most acclaimed comical series on the platform.

Amy Sherman-Palladino has created the series for Prime Video. The Marvelous Mrs. Maisel follows the life of Midge Maisel. Midge is a Jewish housewife in America, who discovers her standup comic talents after her husband cheats on her. All three seasons focus on Midge’s experiences in her journey. The series’ pilot aired in March 2017 and after that, was picked up by Amazon for another entire season.

The remaining episodes of season one premiered On November 29, 2017. With that, The Marvelous Mrs. Maisel became one the most popular original shows on Amazon Prime. As the series has received praises from the audience and critics alike. Not just that, the sitcom has earned three Golden Globe Awards and six Primetime Emmy Awards in three seasons. Ever since the third season of the show aired in December 2019, fans have been head over heels waiting for The Marvelous Mrs. Maisel Season 4.

Meanwhile, some pictures of the upcoming season recently got out, where we can clearly see Midge all sad and gloomy. She is stretched out on a sofa in what appears to be a showgirls’ dressing room, as it is all covered with lights, sequins, and feathers. Although the second picture is quite opposite to what Midge is feeling. Abe and Rose are seen enjoying TV dinners and look quite pleased to be doing so. Check out the recent images here-

When Will The Marvelous Mrs. Maisel Season 4 Release?

Although, the show’s production faced a delay citing Covid19. And the filming finally began in early 2021. As per the reports, the series finished filming in the first week of July 2021. However, there’s no official news concerning the release date of The Marvelous Mrs. Maisel Season 4. But, we can expect the series to release in the first quarter of 2022. Meanwhile, rumors are flying around that Amazon might drop the trailer for season 4 around Christmas.

What’s Next for Midge Maisel?

The third season of ‘The Marvelous Mrs. Maisel‘ concluded with a shocking turn of events. When Midge got nervous on stage after seeing the audience’s reaction, she joked about Shy Baldwin. Naturally, this does not sit well with Shy. And, Shy’s manager, Reggie, fired Midge. Leading her to get dropped from the tour, Midge and Susie’s attempted to control the situation as it failed drastically. They were left crying at the airport as Shy left for his Europe Tour.

So, The Marvelous Mrs. Maisel Season 4 will likely resume with the repercussion of Midge’s sudden joblessness. Meanwhile, in the upcoming season, Mrs. Maisel could also lose her newly bought apartment as her tour contract, which she used for purchasing the house, is now void.

Although Amy Sherman-Palladino, the creator of the series, revealed to Glamour that the show might take a different approach in telling the story of Midge Maisel. Season 4 will also explore Abe and Rose’s options for the future, as they are homeless. But Abe’s new work as a theatre critic may become small support for the couple. Meanwhile, as Joel starts a new club and takes care of the kids, it’ll be interesting to see how Midge handles challenges in front of her.