Blue Bloods Season 12 Episode 8 Delayed! Erin To Withdraw Her Name In ‘Reality Check’! Know When Will The Episode Release 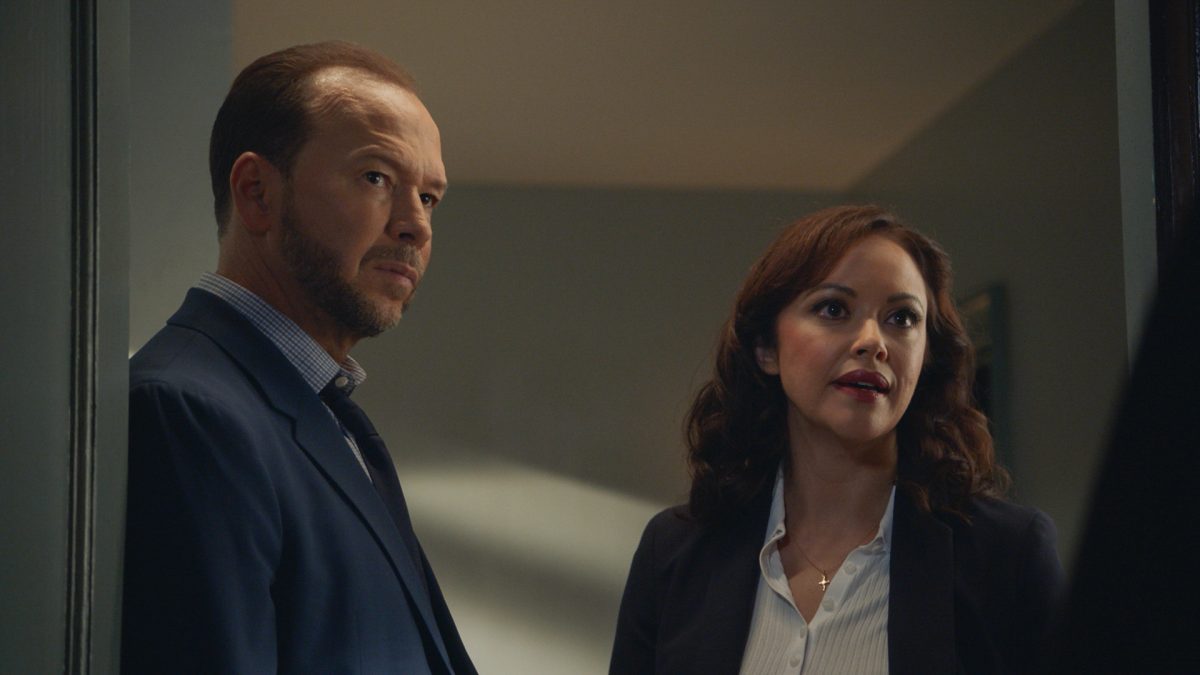 In the previous episode, fans saw Danny and Baez dedicated to finding the man behind attacking Bao’s shop. However, their focus turned to a gang headed by Sonny. While Erin was dealing with job difficulties, Frank met a new person who wanted to join his team. So, fans were waiting for Blue Bloods Season 12 Episode 8 to find out what happens next in the story. However, the next episode is on a hiatus. But why is that? Let us dig in to find that out-

What Will Happen In The Next Episode?

Blue Bloods Season 12 Episode 8 is titled ‘Reality Check’. In the next episode, fans will See Erin dealing with confusion and self-doubt. She will also withdraw her name from the race to become DA. However, Frank will likely stand beside her in her decision. Meanwhile, what news surprised Reddick’s entry to the team bring is remain to be seen.

The seventh episode of Blue Bloods Season 12 dropped on November 19. The episode titled ‘USA Today’ started with Bao finding out that his shop had been attacked. And someone assaulted him, leaving him unconscious. Bao met Baez and Danny and told them that he had been robbed of twenty thousand dollars. During the probe at the crime scene, Danny and Baez were informed that the gang behind the crime is led by a man named Sonny.

Meanwhile, Officer Reddick attempted to persuade Frank to work with him. Initially, Frank turned her down. But later on, he decided to give her a chance. Further, Crawford assigned Erin to a lowly case in order to take revenge on her. And Sonny, in the police station, refused to have assaulted Bao’s shop. Meanwhile, Garrett and Sidney are unhappy about Reddick joining the team.

Furthermore, Sonny abducts his building owner, throws him before Baez and Danny, and accuses him of the Robbery. Upon installing a surveillance device in Bao’s home, Danny found out that the kid behind the attack in Bao’s shop is his son. Moreover, Erin decided to contest the DA elections.

The eight-episode of Blue Blood Season 12 was scheduled to premiere on November 26, as per the weekly release schedule of the series. But unfortunately, fans’ wait for the upcoming episode has now prolonged, as the network will not release the next episode on November 26. Instead, it will now release on December 3 at 10 pm EST on the CBS network.

The reason for this delay is Thanksgiving Festivities, as the channel features festive specials during the time. Thus, the release of upcoming episodes of Blue Bloods has been postponed.

Now, fans will watch Blue Bloods Season 6 Episode 8 on the CBS network on December 3. After the telecast, the episode will also be available on the CBS website