Home Entertainment The Marvelous Mrs. Maisel Season 4 Is Coming Sooner Than We Think! Teaser Out, Midge Now On Her Own
Entertainment News TV Shows

The Marvelous Mrs. Maisel Season 4 Is Coming Sooner Than We Think! Teaser Out, Midge Now On Her Own 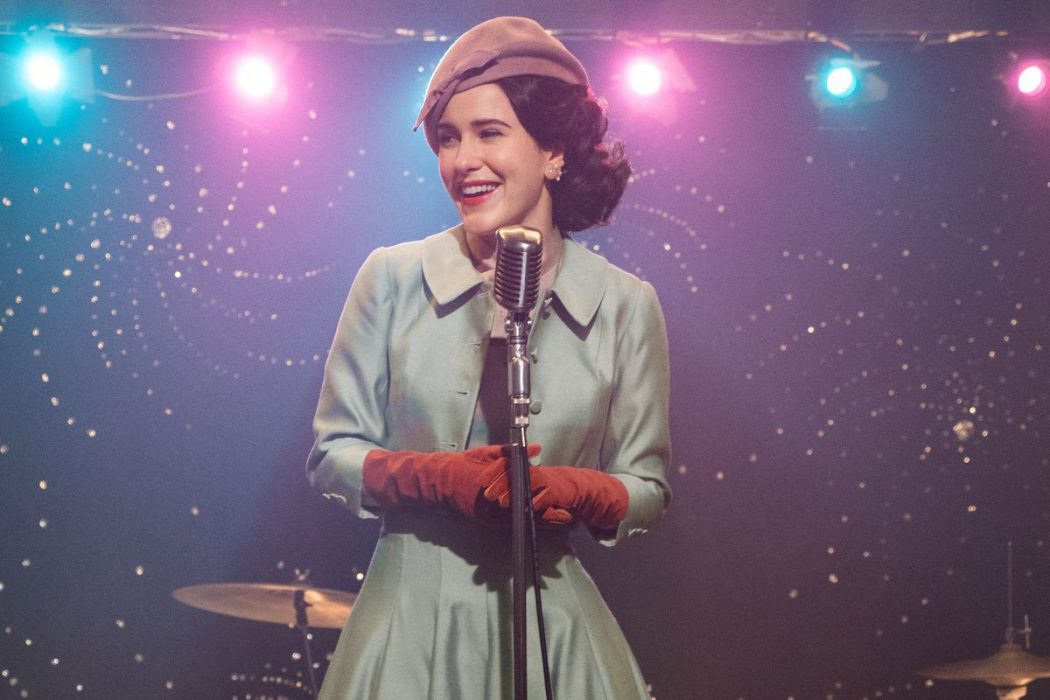 Just when we thought things might finally work out for Midge Maisel and her career as a comedian could take off, things fell apart for her. However, fans should not worry. As Midge is returning with some brand new adventures in The Marvelous Mrs. Maisel Season 4. And with the upcoming season on the horizon, finding out what is next for Mrs. Maisel will be interesting.

The Marvelous Mrs. Maisel is periodic comedy-drama series created by Amy Sherman-Palladino for Amazon Prime. The show first premiered on the streaming platform in March 2017. And fans fell in love with the adorable Midge Maisel. The series follows Miriam “Midge” Maisel, a jew housewife in 1950s New York. As her heart got broken after her husband cheated on her, Midge discovered her hidden talent as a standup comedian after performing a set drunk. After that, she embarked on a journey to channel her skills and pursue a career as a comic.

Mrs. Maisel’s tale has been immensely loved by critics and viewers alike. The show garnered a phenomenal response, making it one of the most successful Amazon Prime Original. The Marvelous Mrs. Maisel has also won several prestigious awards, including three Golden Globes. So while fans are gearing up for The Marvelous Mrs. Maisel Season 4, binge-watching the past season seems like a good idea.

The Teaser Is Here!

Amazon Prime has just dropped the latest teaser for The Marvelous Mrs. Maisel Season 4 on YouTube. And fans are not able to keep calm after witnessing it.

In the promo clip, we hear Midge saying “You know what’s great about me? It’s when I’m me”. Further, she says, “No more opening act gigs. I will only do gigs where I can say what I want”. Midge is saying all these things to her manager in the teaser. They both are discussing the difficulties in the comedy business and how to deal with them. The teaser does not reveal much about the upcoming season. However, we know that Midge is looking to tie her boots and get in the rumble.

Kelly Bishop is set to star in the upcoming season of The Marvelous Mrs. Maisel Season 4. However, what will be her part in the series is not known. Meanwhile, Bishop will reunite with Amy Sherman Palladino and Daniel Palladino. They all have co-starred on Gilmore Girls and Bunheads, a short-lived sitcom. Following Milo Ventimiglia, Kelly is the second Gilmore Girls cast member to join the Marvelous Maisel cast.

Kelly Bishop is best known for portraying Emily Gilmore, the matriarch of the Gilmore family, in the Netflix series Gilmore Girls: A Year in the Life. Her performance in the movie Dirty Dancing is among the fan favorites.

The third season of The Marvelous Mrs. Maisel premiered on December 6. The season consisted of eight episodes. Amazon confirmed the show’s renewal for a fourth installment in December 2019.  The show’s production began in early 2021, after covid induced delay. Meanwhile, the production was wrapped up in July 2021.

Lately, showrunners teased the fans with a post on Twitter saying that season four is coming soon. Although the post is ambiguous, we know that the series is already in the post-production stage. According to some reports, the upcoming season is scheduled to hit the screens in early 2022.

This is good news for the fans as their beloved show is coming back after the long gap caused by the global pandemic. The Marvelous Mrs. Maisel Season 4 is keeping the fans on the edge of their seats. The heartwarming ending of the third season has left fans anticipating for next season. And not to let the fans wait for more, Season 4 is all set to release on February 18 on Amazon Prime. So, don’t miss it.