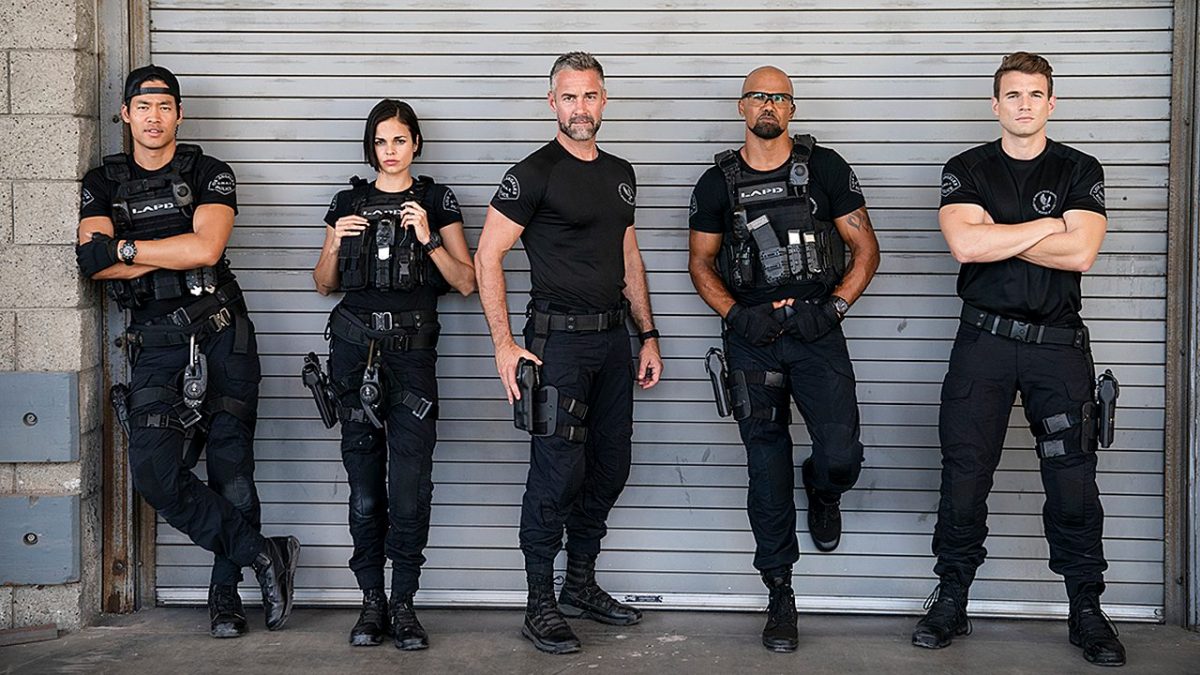 It seems like the squad will be going up against the cartel in SWAT Season 5 Episode 9. Moreover, the cartel will attack Chris and Deacon during a private security gig. Their client’s kidnapping might force the duo to reach out to the team. But, the next episode will return after a short break with a slight change in schedule. The network has moved the broadcast from Fridays to Sundays. So, keep reading ahead to know all the details about the ninth episode.

SWAT Season 5 Episode 9 Precap: What Will Happen Next?

The ninth episode of SWAT Season 5 is titled “Survive.” Deacon is Chris to work on an off-duty private security gig to earn some extra cash. However, things will get bloody when the cartel attacks them. The criminal organization is looking to kidnap their VIP client in SWAT Season 5 Episode 9. Thus, Chris and Deacon will bring in the SWAT team and try to find the client before the cartel kills the man.

Meanwhile, Hondo and Nichelle will discuss the future prospect of their relationship. The team will go head-on against the cartel. Thus, the upcoming episode might feature a boatload of action and bloodshed.

In the previous episode, Hondo decided to take his relationship with Nichelle to the next level. He wanted her to meet his mother. So, Hondo invited Nichelle for dinner. The two women got to know each other and discussed the possibilities of marriage and kids. Hondo’s mother also expressed a desire to see her grandkids before she died. However, the family dinner was interrupted when Hondo received a call from his squad.

Meanwhile, in SWAT Season 5 Episode 8, the team responded to an armed man threatening a liquor store owner. The squad managed to stun the man and arrest him. Soon after, the liquor store’s owner informed Hondo about a young Spanish woman who had been abducted recently. The girl came into his store for help and tried to hide in the washroom.

The owner also revealed that the armed offender was associated with her abductors. Then, the team found that the offender was Carlos Ochoa. They tried to question Carlos and tried to get some information on the girl. However, the team failed to break Carlos down. So, they tried to find the girl in their facial recognition system. But their constant efforts did not pay off.

Luckily, the girl happened to live in Luca’s neighborhood. Some people approached Luca about the Spanish girl. They revealed that the girl’s name was Jenni Moreno and belonged to Honduras. Jenni had been staying at an immigrant house run by Mama Pena. Unfortunately, Jenni was abducted before and was forced to mule drugs for a gang back home. However, she escaped and moved to the US. And Mama Pena took the scared Jenni in.

Jenni Gets Kidnapped By A New Gang

Eventually, the squad discovered that the gang involved in Jenni’s abduction was Central Rebels. The rebels were a new gang with a young leader who wanted to make a name for himself. However, it turned out that Jenni escaped the gang with some product that belonged to them. They were looking for something. So, Luca and Chris went to talk to Mama Pena.

That’s when some goons came looking for a bag at her house. The duo managed to arrest them. Chris and Luca requested to search the house, but Mama Pena was reluctant. She was worried that the residents would get uncomfortable.

Deacon went too far trying to get Mama Pena to flip. But Chris asked him to back off. It turned out that Luca’s neighbor belonged to another gang and was asking around for the bag. He tried to rescue Jenni in exchange for the bag. That’s when Hondo and the team showed up, arrested everyone, and saved Jenni’s life in SWAT Season 5 Episode 8.

Unfortunately, the upcoming episode will air after the fall break. CBS will air SWAT Season 5 Episode 9 on January 2, 2022. The network has moved the show from Fridays to Sundays at 10:00 p.m. ET.

If you miss CBS’s broadcast, you can stream the latest episode on the network’s official website and Paramount+. In addition, season 5 is also available on Amazon Prime Video, Vudu, Microsoft, and YouTube TV. So, don’t skip the ninth episode and return for more informative episode previews.