Home Entertainment Krypton Season 3: Canceled By Syfy? What Are The Chances Of The Show’s Revival?
Entertainment News TV Shows

Krypton Season 3: Canceled By Syfy? What Are The Chances Of The Show’s Revival? 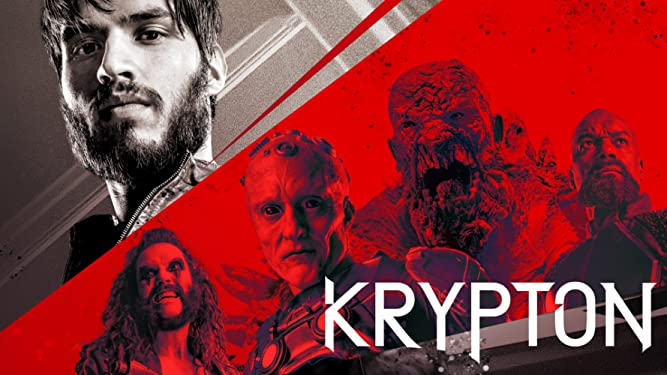 It has been more than two years since the fans got to see the latest installment of Syfy’s superhero series, Krypton. The second installment came out in June 2019 and featured a total of ten episodes. After the conclusion of the second season, fans have been eagerly waiting to see the show return for Krypton Season 3.

The series follows Superman’s grandfather, Seg-El, the head of his family, The House of El. After a horrifying incident, the family is forced to suffer a great deal of torment, shame, and disrespect. Seg fights to redeem his family’s honor and save his planet from the ensuing chaos around them. The story is set on a fictional planet 200 years before the birth of Superman. Seg seizes the opportunity to redeem his family after an attack on the government by allying with the people who destroyed his clan and executed his ancestors. So, will the series return for a second installment? Continue reading further to find out!

Unfortunately, the second installment saw a drop of 48% in the show’s audience. Morover, there was a 54% drop in the ratings as compared to the first season. Kryton is rated 6.9/10 on IMDB and 80% on Rotten Tomatoes. Thus, the below-average rating was one of the reasons the network decided not to go ahead with Krypton Season 3.

Moreover, the second season’s storyline came as a big disappointment for the dedicated Superman fans. With no Superman in the series, fans decided to distance themselves slowly from the series. Hence, given the present circumstances, it is highly unlikely that the series would return for a third installment

How Did The Second Run Conclude?

The final episode of the second season was titled ” The Alpha and the Omega.” Dev and Jayna discussed their next move while the remnants of Wegthor rained upon Krypton. Lyta openly criticized Dru-Zod while Seg contacted Val’s ship to find out if Kem survived or not. Nyssa manipulated Adam to use his Zeta-Beam Teleporter to find baby Jor-El, starting from Rann.

Nysaa found that the world’s defenders were slaughtered by Thanagarians while looking for Sardath. The rebels learned from Lyta’s spies that Zod’s troops were killing dissenters. Seg challenged Zod publicly to keep his Sagitari occupied in the Outlands. However, Lyta jeopardized Zod’s plan by exposing him as the Sagitari took her side. They fought alongside Seg to force Zod to give up. Zod’s reign came to an end while Brania took Jor-El to Earth, where he could become a god among men in Krypton Season 2.

Krypton Season 3: When Does It Return?

Unfortunately, the show would not be returning for Krypton Season 3. The network decided to cancel the series after two seasons in August 2019. Moreover, the drop in viewership and ratings was the main concern during the cancelation. Thus, it is highly unlikely for the show to be revived by other networks. But, fans can stay hopeful for the show’s return as some major changes in the storyline might lead to Krypton Season 3 in the future. So, stay tuned for more thrilling news updates only on TechRadar247.com.