The Handmaid’s Tale Season 5: Returning In 2022? Possible Spin-Off “The Testament” In Talks AT Hulu! Know What’s Next 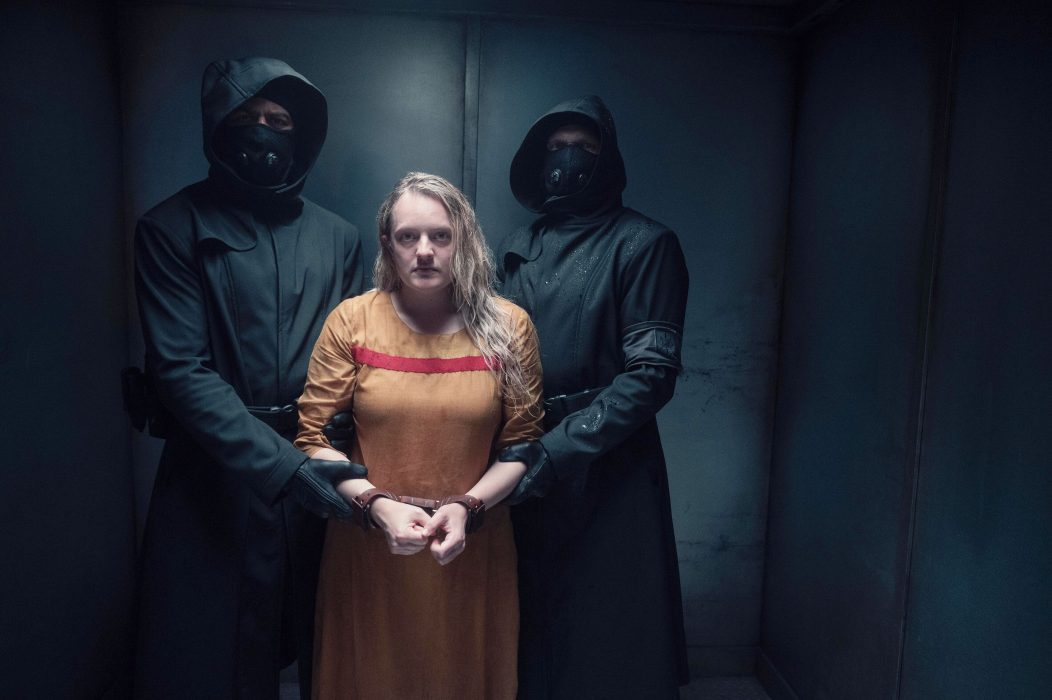 The Handmaid’s Tale has been one of the most successful shows for Hulu since its debut in 2017. The show is rated 8/4/10 on IMDB and 83% on Rotten tomatoes for its four seasons. The dystopian drama became the first series on a streaming service to win an Emmy award for Outstanding Series and 13 other nominations at the Primetime Emmy for its debut season.

The Handmaid’s Tale is set in a dystopian world where the fertility rate collapses due to a rise of STDs and environmental pollution. In the aftermath of a civil war, Gilead established a totalitarian government rule in the former United States. The drama revolves around June, a fertile woman who lives as a mistress to a Gileadan officer and his wife. June is forced to live under the strict rules and conditions of her owners in hopes of reuniting with her lost daughter.

\June fought back as a fierce rebel leader against Gilead during the fourth season. However, she slowly gets obsessed by the sense of revenge, which threatens to consume her. June goes on dangerous new challenges during her journey to find justice. So, will the series return for The Handmaid’s Tale Season 5 after the breathtaking fourth season finale? Keep reading ahead to find out!

The Handmaid’s Tale Renewed For Season 5

The cast members of the dystopian drama informed the fans in a Twitter video that the show would be returning for a fifth installment in December 2020. The announcement was made when the crew restarted filming for the fourth installment. Hence, Hulu decided to renew the series for season 5 even before the fourth season’s premiere. Thus, it won’t be long before the series returns on Hulu for The Handmaid’s Tale Season 5.

Showrunner Bruce Miller told The Hollywood reporter that he was thrilled to depict the incredible stories with the amazing cast and crew. He was excited about getting back on the air for the fifth season.

Will Season 5 Be The Final Installment? Spin-Off Series In Talks At Hulu

When asked if season 5 would be the last, Miller said that he was not quite sure about it. Miller revealed that he had an extensive decision with Elizabeth Moss and the writing staff. He feels that this season is a good time to reaccess how far they want to take it.

Earlier at Deadline’s Contenders TV virtual event, Miller admitted that he was never looking to end the show. He appreciated the team for making an incredible show, and he was not just ready to walk away yet. Miller shared that he already knows the ending and is not looking to overstay his welcome. However, he is not looking to rush off either as he enjoys writing for Elizabeth Moss.

After the fourth season, the head of Scripted Originals at Hulu, Jordan Helman, told Deadline that their utmost priority is closing the show in a creative fashion that feels organic. They had not landed on an answer when Helman gave an interview in August last year. However, he hoped to reach an answer in the coming months.

Helman teased a likely spin-off series, “The Testaments,” based on Margaret Atwood’s source material. He added that the eventual end of The Handmaid’s Tale and the birth of The Testaments are interrelated. Hence, the fans have a lot to look forward to after the series comes to a close.

The Testament is a sequel that is set ten years ahead of the first book. It explores the aspects of June’s legacy that she left behind in Gilead. The story is told from the perspective of three women and one of them is Aunt Lydia.

The Handmaid’s Tale Season 5: What To Expect?

In the fourth season finale, Fred was chased by June and the former handmaids through the forest. They beat him to death and hung him on a wall. Luke was shocked when June returned home with blood all over her face. Serena waited for Fred to video call her as he promised when she received an envelope with Fred’s wedding ring and a ring finger.

The Handmaid’s Tale Season 5 will continue to explore June’s trauma after her escape from Gilead. She will continue to rebel against Gilead and take down her next target during her quest for revenge and justice.

Ann Dowd revealed that the opening episodes of the fifth season would be ‘explosive.’ After reading the script of a couple of episodes, she said the fans would not be able to predict what’s coming their way. While June continues to resist from Canada with Emily and other survivors, we can expect a full-fledged war coming their way from Gilead. June might end up going on the run as the Gilead chases her after destroying the only hope June had of reuniting with her daughter. Thus, we can expect a lot of action and drama during the fifth season.

The Handmaid’s Tale Season 5: When Does It Return?

The filming for the fifth installment is believed to have kicked off in February in Ontario, Canada. A notice for the Brantford area revealed that a show called Ruby Road would be filming from February 14 through March. Moreover, Ruby Road is believed to be the production name of The Handmaid’s Tale.

The series cast member Ann Dowd who portrays Aunt Lydia in the drama confirmed to The Independent that shooting for the fifth season will begin in February. Moreover, Amanda Brugel also shared a video on Twitter on February 9, teasing a chair with her character name clip on it. Hence, we can expect that Hulu will premiere The handmaid’s tale season 5 during the second half of 2022. In addition, the fans also discuss rumors about a sixth installment. Hence, the fifth season may not be the end after all. So, stay tuned for more exclusive updates about your favorite TV shows only on TechRadar247.com.