Home News Creamerie Season 2: What To Expect From The Next Season?
News TV Shows

Creamerie Season 2: What To Expect From The Next Season? 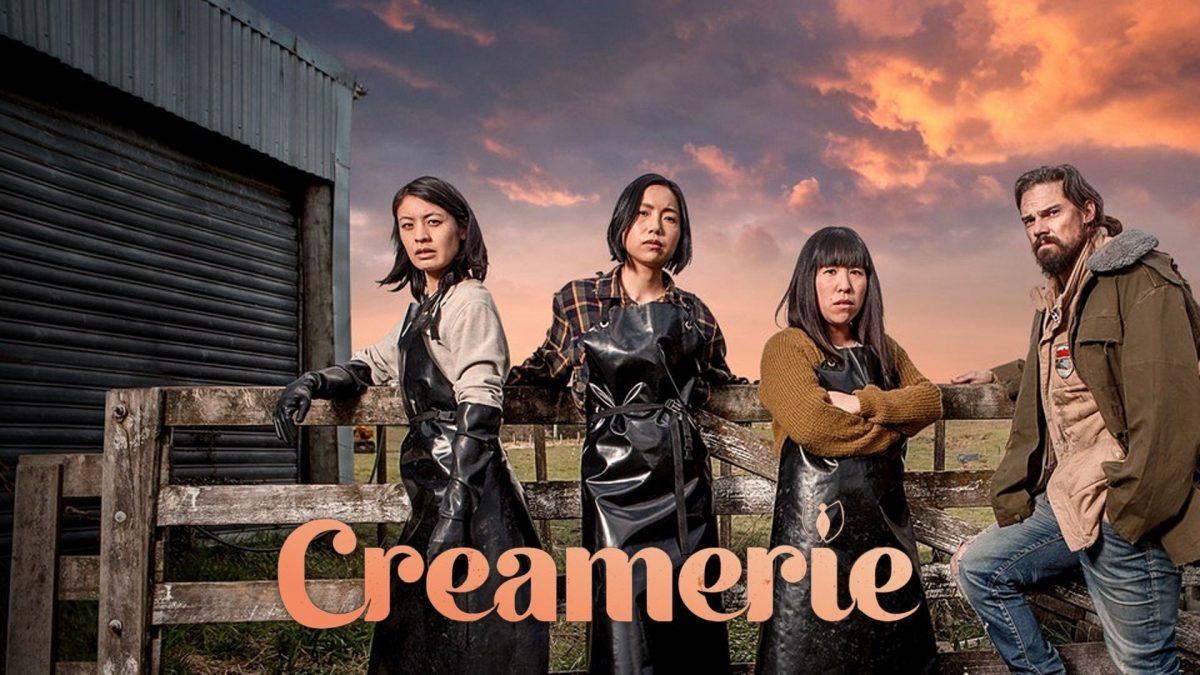 The first season of Enzedder Post-Apocalyptic SciFi series Creamerie premiered on Hulu in December 2021. The first season ended with a shocking twist that Jamie’s spouse Jackson was alive, and he was the man behind the entire operation. Since then, the fans have been tirelessly waiting for the series to return with Creamerie Season 2 to find out what’s next.

What Will Creamerie Season 2 Be About?

At the end of the first season of the series, we saw Hunter put her life on the line so that Alex, Bobby, Pip, and Jamie could escape from the ventilation duct from the room that seemed to have been filled with toxic gas. Upon their escape from the room, they found themselves in another room. IN that room there were several men were cuffed to these gizmos that were forcing them to copulate.

Meanwhile, we also learned that Jamie’s husband Jackson was alive. He had been working to establish a secured facility where Jamie, Doctor Harvey, and Lane worked together to reap fresh semen for a time when the limited government supply exhausts. Meanwhile, Jackson also shared with Thomas his perspective of what was killed by Hunter. At the end of the finale, fates and Bobby and the three ladies were hanging in the balance.

When the series returns for Creamrie Season 2, we will learn what happened to Bobby, Pip, and Alex. There is a chance that they made it out alive and might have escaped. On the other hand, Jaime will have a hard time dealing with the fact that her husband Jackson is not only alive and well. But also the man running this entire horrendous fiasco. The second season may also show Alex finding out the truth about the tattoo that her mother had. Meanwhile, Hunter might also come to rescue Bobby and others like him in Creamerie Season 2.

Before its global release on Hulu, on December 9, 2021, the SciFi drama series premiered in New Zealand on April 19, 2021, on TVNZ OnDemand. On the other hand, as far as the possibility of Creamerie Season 2 goes, things are looking bright. The network is yet to greenlight the series for a second season officially. However, the creator of the series, Roseanne Liang, definitely has Creamerie Season in her scheme of things.

In an interview talking about a potential second season, Liang said, “We definitely have a plan for a second season that is bigger, deeper, and even more ‘carpe futurum’ than the first! We’ve received so many comments from fans of the show who have told us that they need a second season, stat.” She continued, “Now we need the green light to make it happen. Every visible reaction to the show shows the power that is that we are worth the investment, so we’re thankful to anyone who digs the show for making some noise.” Therefore the chances for the show’s return appear to be good. But fans will have to wait till it is officially confirmed.

Who Will Be In The Cast For Creamerie Season 2?

The cast roster of the dystopian drama series features Fong as Jamie, Xue as Alex, and Lau appearing as Pip, respectively. The show also stars Jay Ryan in the role of Bobby. Tandi Wright plays Lane. Nikki Si’ulepa appears as Constance. Yoson An as Jackson. Rhiannon McCall plays Nurse Ricki and Ava Diakhaby essays Ada. In addition, viewers see Kimberley Crossman as Michelle, Sara Wiseman appearing as Hunter, and Rachel House plays Doctor Harvey in the sci-fi drama series. With the exception of a few characters who lost their lives in the inaugural season. We expect most of the cast members to return to their roles when the show comes back for Creamerie Season 2.