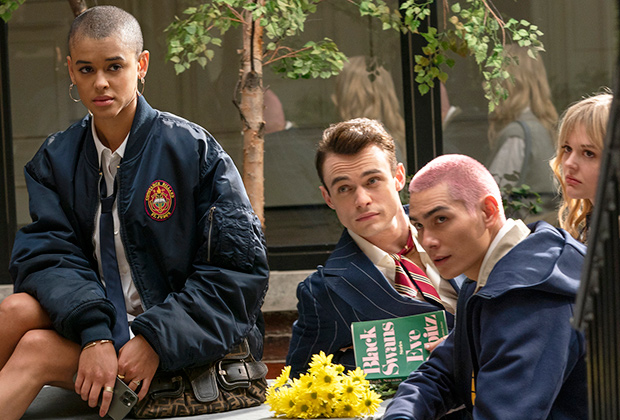 The CW’s original might have achieved the status of a classic over the year. That is why many fans were skeptical of how HBO Max’s reboot would turn out. However, the show managed to win over the fans of the original series as well as make some new fans of its own. After the thrilling ride of season one, now as we are inching closer to Gossip Girl Reboot Season 2, let’s discuss what we know about it.

Developed by Joshua Safran, HBO Max’s Gossip Girl is a soft reboot of the original CW series. The show follows a new group of students in the Constance Billard St. Jude’s School. Starring new characters, the reboot also features some actors from the old series.

What To Expect From Gossip Girl Reboot Season 2?

The first season of the show featured Zoya and Julien face stumbling onto various obstacles as they tried to build a bond as sisters. After the revelation of Gossip Girl, Julien and her affluent friends started to question their actions. At the end of the season, the Gossip Girl and Julien teamed up to bring social justice to the campus with the online blog. Meanwhile, Max’s relationship with Audrey and Aki takes a new turn.

Included are the tense relationships between Julien and Zoya, siblings, and the tense trio consisting of Max, Aki, and Audrey. Georgina, who surprises Kate in arguably the worst manner possible, is the subject of the final shot in the trailer. According to the latest teaser, Georgina could utilize her background and knowledge to assist Kate in controlling the new characters.

Who Will Star In Gossip Girl Reboot Season 2?

The new iteration of the Gossip Girl series features Jordan Alexander and Whitney Peak in the roles of Julien Calloway and Zoya Lott, respectively. The cast of the show also includes Thomas Doherty as Max Wolfe, Emily Alyn Lind playing Audrey Hope, and Evan Mock in the role of Akeno Menzies.

In addition, the series also have names like Todd Almond, Laura Benanti, Luke Kirby, etc. Meanwhile, Kristen Bell serves as the narrator in the show. When the series returns with Gossip Girl Reboot Season 2, we can expect most of the main cast to reprise their roles. At the same time, some new faces might also pop up as the story moves ahead in the second season.

From the very beginning of the Gossip Girl revival, fans were cheering for this trio to be together. Finally, the climax united them physically and spiritually. Everyone is anxiously awaiting to learn how the polyamorous relationship develops because the three have such palpable chemistry. This is a brand-new area for the entire company as well, and it has been handled carefully thus far. In Gossip Girl Reboot Season 2, viewers want to witness how Aki, Max, and Audrey deal with it and perhaps some break-up drama.

The first season of HBO Max’s reboot of the Gossip Girl series ran on the streaming platform from July 8, 2021, to December 08, 2021. Meanwhile, much like the original show, the reboot also found fame and popularity among the audience. This is why HBO Max greenlit the series for Gossip Girl Reboot Season 2 in September 2021 while the first season was still on-air. As per the reports, the production for the series, which began in early 2022, was wrapped up a few months back.

Moreover, earlier this month, HBO Max shared the trailer for the forthcoming sophomore installment of the series. Along with the trailer, the release date for the season has also been confirmed. Gossip Girl Reboot Season 2 is scheduled to debut on HBO Max on December 1, 2022. Similar to the previous season, this season will also drop each episode weekly on the streaming platform.