Home Celebrity Who Is Ryan Garcia’s Wife? Andrea Celina! Why Did He Cheat On His Pregnant Wife?
Celebrity News Sports

Who Is Ryan Garcia’s Wife? Andrea Celina! Why Did He Cheat On His Pregnant Wife? 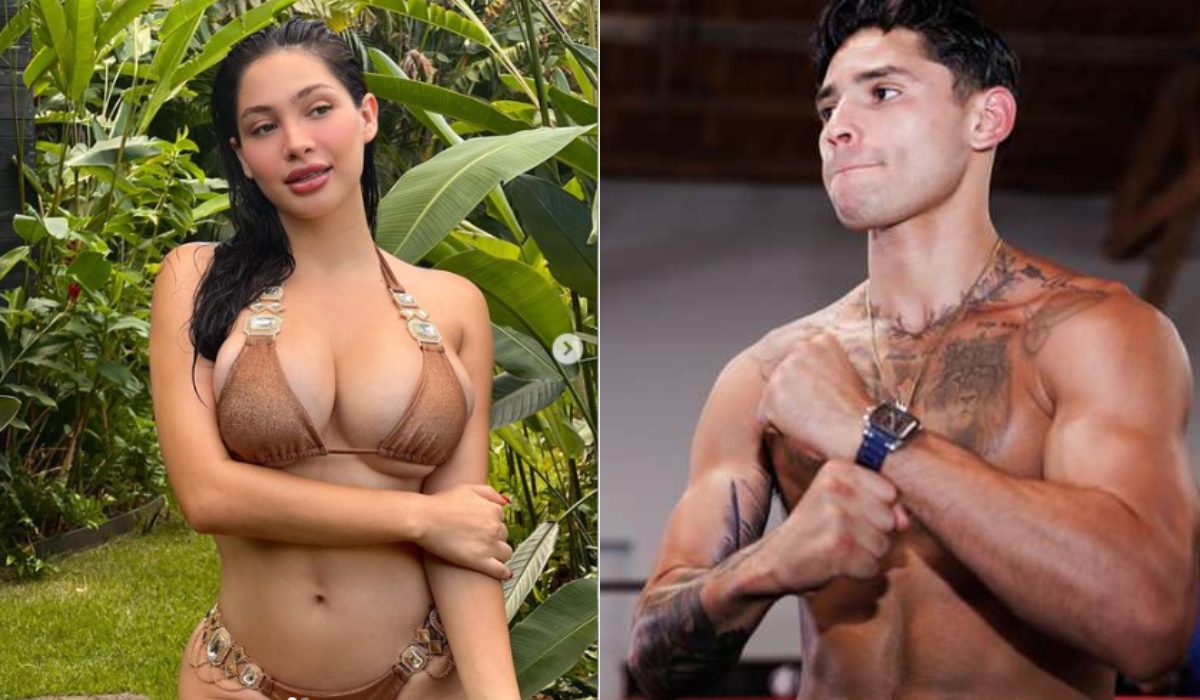 Ryan “The Flash” Garcia is one of the most renowned names in professional boxing. The sixth-best active lightweight by The Ring is still undefeated in this field. So far, he has competed in a total of 23 matches and won 19 of them via knockout. It clearly shows the dominance of KingRy in the boxing ring. But he is quite famous on social media as well and has more than 9 Million followers on Instagram. On the very platform, he shared some glimpses of her girlfriend, Andrea Celina or simply known as Drea. Is she Ryan Garcia’s wife? If not, then who is Ryan Garcia dating? Read below to get the answers.

Who Is Andrea Celina? How Is She Related To Ryan Garcia?

Andrea Celina is a 1996-born Italian and Mexican fitness trainer. She is also an Instagram influencer and has partnered with several different brands throughout the years. You can also call Drea a water baby, as she loves to spend time on beaches. Her Instagram is also filled with her swimsuit pictures. Drea’s primary niche is health, fitness, and beauty, and she makes money by creating content in this niche on platforms like Instagram and TikTok. She started dating Ryan Garcia back in 2019. Apparently, the couple faced some ups and downs during their relationship. So, the question still remains, is she Ryan Garcia’s Wife?

Is She the Mother of Ryan Garcia’s First Daughter?

Many people think that Andrea Celina is the one who gave birth to Rylie Garcia. However, that is not the case. Before Drea Celina, Ryan Garcia was dating Catherine Gamez. The latter is a 2000-born Colombian girl. She comes from a well-off family and has dated Ryan during her teenage years. Catherine is also an Instagram blogger. In 2018, she got pregnant with Ryan’s child and gave birth to their daughter named Rylie Garcia. However, right after the birth of this child, Ryan broke up with her. Their relationship made quite a lot of headlines then and even got the tag of a toxic relationship. The duo even had to knock on the gates of the court in order to get custody of Rylie.

A post shared by Official Page For Rylie Garcia (@ryliegofficial)

Right after his break up with Catherine Gamez, Ryan started dating Andrea Celina. Drea got pregnant in the year 2020 and gave birth to another daughter Bela Garcia in December 2020. Ryan even posted a cute video of him and pregnant Drea sparring together, in which he took some punches from her. He also stated on several occasions that the birth of his daughters changed his life. Ryan and Drea’s relationship was going really well until Ryan got involved with another girl.

Did Ryan Cheat On His Pregnant Wife?

Reportedly, Drea was pregnant when Ryan Garcia kissed a TikTok star Malu Trivajo. As a result, she publicly bashed Ryan for cheating on her, especially during the times when she was pregnant. This incident also led to the breakup of the couple. However, according to reports, the duo sorted their differences and are currently together. Both Andrea Celina and Ryan Garcia like to keep their life private, and hence there aren’t many updates.

Also Read: Is Karl Jacob Gay? What Did The Youtuber Say About His Sexuality?

So, what do you think of Ryan Garcia and Andrea Celina’s relationship? Tell us your views in the comments section. Also, keep coming back to TechRadar247 for all the latest entertainment updates.