Vikings Season 6 Part 2: Vikings season 6 has now reached the midpoint of the installment. Now, the show is on a midseason break. As the break is on, fans are constantly wondering what is coming next for Ivar, Bjorn, and all the other characters—created by Michael Hirst Vikings, first released on History channel back in 2013. Originally intended to be a miniseries, the series turned out to be a long-six-season show. The first part of season 6 is out. Here is all we know about Vikings season 6 part 2

The first part of Vikings Season 6 left Bjorn lying on the floor. Ivar had stabbed him, and Harald presumed that he Bjorn is dead. Meanwhile, Torvi and Ubbe went to Iceland to search for Floki. It is really hard to tell what could be coming up in the second part of the show. We do hope that the following questions are answered in the show-

This was the biggest plot twist in part one, and the fans need the answer. Did Bjorn Ironside survive being skewered by his half brother and Ivar? Is it possible that all of that was actually a dream? The show has been transitioning between reality and imaginary in recent seasons, so that might happen here. Michael Hirst- Viking’s showrunner has hinted that Bjorn will come back in some way. So, we hope the show provides us with that answer.

Legendary warrior Lagertha is now dead. However, that was an accident. Back in that time, Hvitserk was under the influence of magic mushrooms. That made him think that Lagertha was the evil snake god. The character, Lagertha has been one of the most interesting characters of the show certainly since Ragnar died. She is in Valhalla now. But, could she come back in the upcoming episodes of the show. This is a show in which death is far from final, so anything is possible.

Who Will Be The New King Of Norway?

The mid-season finale of Vikings season 6 ended with another dead-or-alive cliffhanger: King Harald, the King of Norway lying prostrate on the war field. Perhaps the King has been run through with a sword. He and Bjorn were in a big battle with Ivar, Prince Oleg, and the marauding Rus Vikings.

Talking about that, Michael Hirst said that he thinks that it perhaps is the most unexpected thing about the finale episode. The last event of the first part of Vikings season 6 was very definitive. It looks like it the evidence that it was the wipeout of the Vikings. The kind that no one has ever seen before. Everybody has seen how powerful Rus is. In the ninth episode of the installment, Rus’ army marches out, and that is the point everyone realizes that it is a huge army. It won’t come as a shock if Vikings fail to hold them. A lot many Vikings get killed, and Harald and Bjorn are severely wounded and most likely to die. What will happen to them that will come in the second part!

Now coming to Harald, he is lying bleeding on the ground, so now who will rob his crown? That will surely be Erik the Red. Fans who have been keeping up with the show would know that Eric isn’t the King. He was just an Icelandic explorer who founded the Norse settlement in Greenland. Michael Hirst will take his privilege and tell the story he wants. So, most probably, Erik will end up as the King.

What Could Be Floki’s Future?

In the last batch of episodes, we got to see Norway’s worst mascara-applier drop off the face from the world. Ubbe and Torvi reached Iceland, hoping to find Floki and take him home. Instead, they got to meet Othere. Othere was an adventuring monk. The monk was introduced to all of us by WWE’s Edge. He claims that he is reborn Athelstan. He even has Floki’s wedding ring. So, if Othere is Athelstan, it seems great that Floki isn’t around. It is really possible that Floki’s story will continue from the extremely chilly and volcanic island.

Will We Get To See Alfred In Season 6 Part 2?

Nobody really got to see Alfred- The King of Wessex and Mercia in the first part of the Vikings season 6. However, we can hope to see a lot of him in the second part of the season. The show has spent ample time developing Alfred’s character, and it will be unlikely if the series ends without him coming back.

The actor posted an update on his Instagram account that confirmed that he would be coming in. Earlier this year, he posted a picture of himself as Alfred, covered in blood after a big battle. He urged fans to be prepared for Alfred 2.0

Do we Have A Trailer?

The official trailer for Vikings season 6 part 2 isn’t out yet. However, we do have the trailer for the first episode of part 2, which is episode 11. Watch it here

When Is Vikings Season 6 Part 2 Releasing?

Vikings season 6 has a total of 20 episodes. The show is split n two parts. The first installment of the show aired in December 2019 and ended in February 2020. Now coming about the second part of the show, sad enough, but we will have to wait for a long, long time before we get to know about the fate of many characters. Vikings season 6 part 2 does not have an official release date as of now. If we analyze the pattern, the second part of the show should release sometime in late 2020. However, with the global pandemic going on, it just becomes really uncertain.

Will This Be The Last Set Of Episodes?

Unfortunately, but yes, Viking season 6, part 2, is the last batch of episodes that we will get to see. However, there is no solid reason why the show is coming to an end. It could be due to the decline in the viewership. The viewership of the show has considerably declined after Ragnar’s death. The series is now coming to an end, deciding the fate of all the characters. We will keep updating this space for all the news and updates on the show. So, you stay tuned. 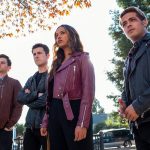 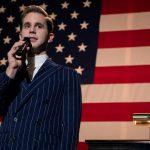