The title of Killing Eve Season 3 Episode 8 is “Are You Leading Or Am I?” This episode will serve as the finale and will conclude the story of this season. The fans will be going to see a lot of things in the final episode of the critically acclaimed spy thriller. Everyone is eagerly waiting for the last episode because it will feature the most anticipated reunion between Villanelle and Eve. Along with that, there are many questions to which the creators will provide the answers in the forthcoming episode.

Promo Released For The Season Finale!

The creators released the official trailer for the final episode of this season. And by the look of the promo, the upcoming chapter looks promising enough. This trailer shows fragments of everything that is on their way to arrive. However, the thing that excites everyone the most is the reunion of Eve and Villanelle. The teaser also shows Villanelle’s confrontation with Bear and Jaime, which is undoubtedly the best part of the trailer. However, there is a lot of things that the promo isn’t showing. Still, the excitement of the fans increased to double after watching a glimpse of the finale.

The creators also released the official synopsis for the season finale alongside its trailer. It reads, “Villanelle is a psychopathic assassin, and Eve is the woman charged with hunting her down; the two fiercely intelligent women, equally obsessed with each other, go head to head in an epic game of cat and mouse.” Yes! The moment everyone’s been waiting has finally arrived. However, this time, these two will work side by side as allies. Is seems like Villanelle is also going to spend some time with the other female assassins that we’ve come to know in the previous episodes.

It is looking like someone is going to die in Killing Eve Season 3 Episode 8. The fans will not see Konstantin or Dasha after the season finale. And these two are the only alive biological family members of Villanelle. So she is going to confront Jaime and Bear a surprise visit. And then she will move on to join Eve’s fight against the Twelve.

However, there are still a lot of questions that the creators need to answers in the final episode. Will Konstantin and Dasha team up and go after Villanelle? What about Paul and the mysterious Geneva account money? Who killed Denny? And a lot more. The fans can expect some cliffhangers too. 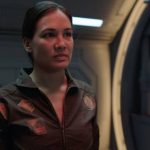 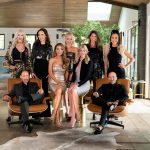